Philanthropy, not the Feds, failed Hurricane Michael survivors in Florida

After disaster strikes and the rebuilding lags FEMA often gets the blame, but recovery is a marathon not a sprint 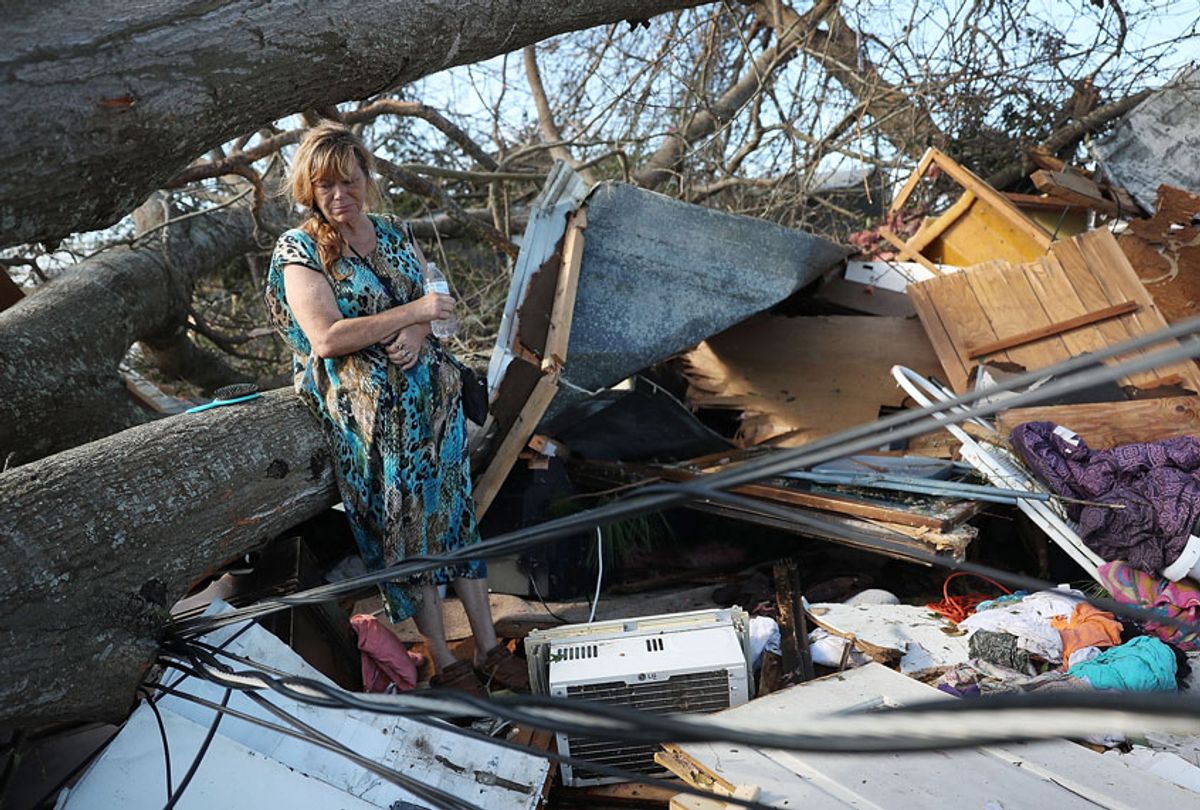 Kathy Coy stands among what is left of her home after Hurricane Michael destroyed it on October 11, 2018 in Panama City, Florida. (Getty/Joe Raedle)
--

Recovery for Hurricane Michael survivors has been anything but expedient. A recent Washington Post article highlights the fact that, for many, the harsh reality and feeling of hopelessness has already begun to sink in. This is going to be a long recovery.

Common criticisms often begin to surface after disasters of this magnitude, looking to place the blame squarely at the feet of the federal government for the overall pace of recovery. FEMA is often the most convenient culprit in these scenarios, though not always rightfully so.

It can be helpful to think of disaster recovery funding as a relay race, where teams pass the baton at different legs to achieve a common goal. This is not a competition, rather, a collaborative effort that requires an understanding of each runner’s pace and effectiveness within the baton-passing zone. The passing zone is the area in which both runners are running together before the handoff. Philanthropy and government are the “runners”, and their ability to run together in the passing zone is the key to in returning families home and communities back to normal.

When disaster strikes, the first runners start quickly, and so begins the first leg of the relay race. Both government and philanthropy set the pace of the race. From a philanthropic standpoint, 70-80 percent of total monetary donations are raised within the first two weeks of a disaster, and most of the time these funds are donated for immediate relief, not long-term recovery.

FEMA plays a role in funding recovery via Individual Assistance (IA) payments, which are meant to cover emergency needs like temporary housing, replacement of clothing, and potentially some home repairs. Funds to rebuild homes and infrastructure after disaster come in the form of Community Development Block Grants for Disaster Recovery (CDBG-DR). These funds do not typically reach impacted residents for 18 months. This gap is when philanthropy plays its most important and enduring role: the second leg of the race.

The second leg of the race begins after two to four weeks. FEMA, relief nonprofits and donors are ready to pass the baton to the next runners. A proper handoff is contingent upon long-term recovery nonprofits and the foundations receiving strong philanthropic investment to keep recovery moving forward until the federal long-term recovery funding is available. Simply put, monetary donations allow recovery to continue during this time, not the federal government.

Hurricane Michael caused $25 billion in damage, which might seem relatively low when contrasted with Hurricane Harvey’s $125 billion in damage. Yet, Harvey donors contributed an extraordinary $971 million while Michael donors peaked at $35 million. Philanthropy’s role enabled Houston’s recovery to fill the gap before federal funding to hit the ground, which is just now happening, 20 months after Harvey hit in 2017. While there is still much work to be done, some of the most vulnerable families were able to rebuild their homes and lives, therefore avoiding the suffering that comes with a delayed recovery.

On the other hand, residents in the Florida Panhandle have no clear path forward. Secondary effects of disaster set in, as depression, addiction, divorce and disruption of children in their formative years. The popular reaction to the suffering in Florida is to blame the government, although FEMA already played its role in the first 180 days, and congressional recovery funding will not be available for another 10 months from now.

The third leg of the race is when the federal funding becomes available. Thousands of people who have been living in temporary housing, or in their gutted homes are now able to begin rebuilding. The runners of this leg, are long-term recovery nonprofits, government programs responsible for managing the federal funds, and for-profit contractors.

By no means is this the end of recovery, but the beginning of the last and longest leg of the race. The handoff is just as important. Success depends on the effectiveness of the government actors running the recovery, as for many it is the first time managing millions or billions of dollars. While the kinks are worked out, runners in the second leg need to keep recovery going, and they need the philanthropic dollars to do so.

Philanthropy’s role in disaster recovery is to fill a crucial gap of time between the beginning and end of the race. Survivors rely on donors for support many months after the storm.  We are all runners in the disaster relay race, and it is up to us to make informed decisions about philanthropy that will allow the initial contributions to carry through until recovery is complete.