Libertarian Chairman: "I agree with Representative Amash's conclusions," could be our 2020 nominee

Nicholas Sarwark, the chairman of the Libertarian Party, talks about Justin Amash running for president in 2020 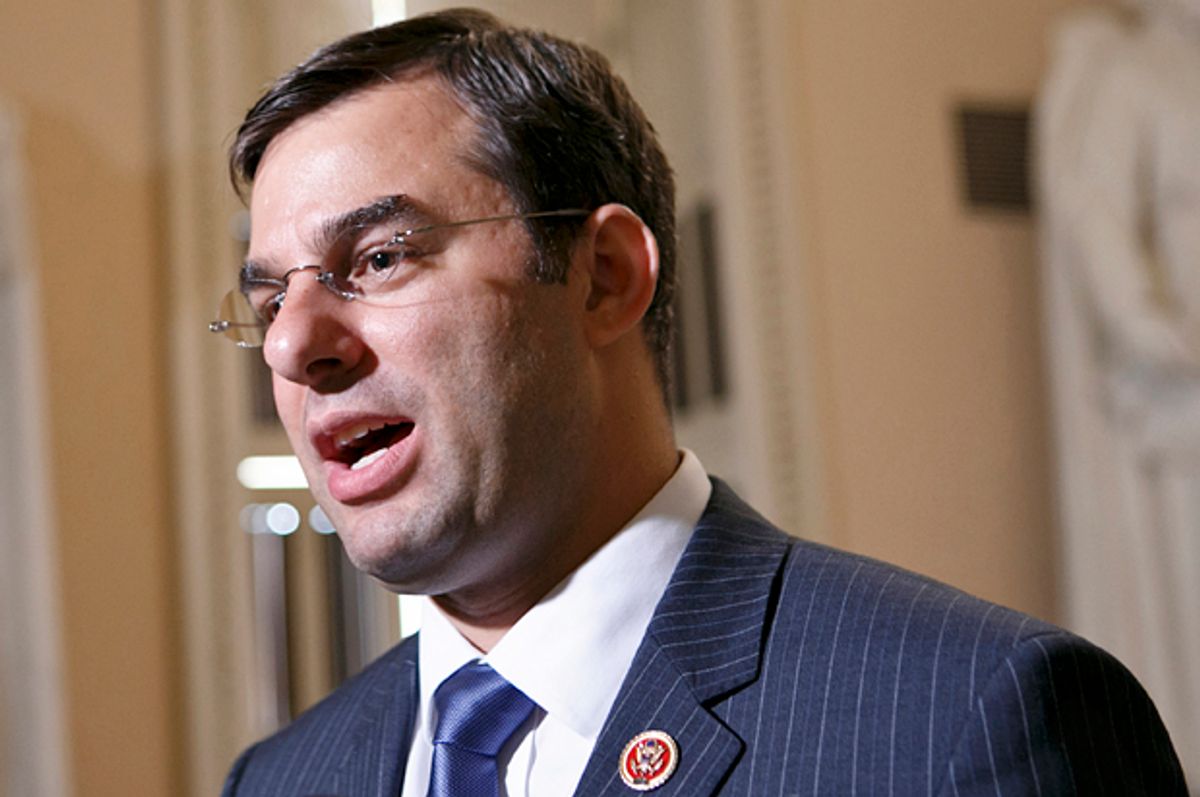 Nicholas Sarwark, the chairman of the Libertarian Party, told Salon on Sunday that he agrees with GOP Rep. Justin Amash that President Donald Trump committed impeachable offenses... and also argued that Amash could be the Libertarian presidential candidate in 2020.

"Based on my own reading of the redacted Mueller report, I agree with Representative Amash's conclusions that the President committed impeachable offenses and would have been indicted for obstruction of justice if he was not the sitting President," Sarwark told Salon by email. "Our constitution provides impeachment as a tool, but whether to use that tool is up to the House."

As Sarwark explained to Salon, however, the Libertarian Party's interest in Amash goes beyond his willingness to break ranks and call for Trump's impeachment.

"Many Libertarian Party members have been publicly encouraging Representative Amash to seek the 2020 nomination. Of all the members of Congress, his positions seem to most closely match those of the Libertarian Party, so he would likely have a base of support within the party if he joins the contest that will be decided in Austin next May," Sarwark wrote.

In a series of tweets posted on Sunday, Amash argued that "1. Attorney General Barr has deliberately misrepresented Mueller’s report. 2. President Trump has engaged in impeachable conduct. 3. Partisanship has eroded our system of checks and balances. 4. Few members of Congress have read the report." Amash specifically pointed to actions discussed by special counsel Robert Mueller which suggested that Trump had attempted to obstruct justice by meddling in the investigation into alleged collusion between his 2016 presidential campaign and the Russian government.

In his emails to Salon, Sarwark also identified the issues where Libertarians tend to disagree with the Trump administration's policies.

"The Libertarian Party opposes the President on immigration, free trade, the national debt, his support for the racist war on drugs, and his support for Saudi Arabia and their bombing of Yemen with our munitions," Sarwark explained. "We have applauded his statements about getting out of Syria, Iraq, and Afghanistan, but haven't seen any meaningful follow through yet."

Amash has also parted ways with the president on immigration, trade policy, spending, foreign policy and the war on drugs.

This isn't to say that it would be easy for Amash to defeat Trump in the 2020 presidential election if he becomes the Libertarian Party nominee. Because he is part-Palestinian and part-Syrian, he could encounter racism as a result of his Middle Eastern background. In addition, although the 2016 Libertarian Party nominee Gary Johnson had the best showing of any third-party candidate in 20 years and outperformed every previous Libertarian presidential nominee, he still only garnered roughly 3 percent of the popular vote.

"Every presidential election presents new challenges, so the specific strategy will have to be tailored to our candidate and whoever the two old parties end up nominating," Sarwark told Salon when asked about the challenges of competing in a presidential election. "We are fighting for ballot access in the states to ensure our nominee is on the ballot in all 50 states and DC and building up state and local infrastructure and recruiting down ballot candidates to be prepared for what should be a very exciting 2020 race."