Trump plans to pardon war criminals: In a horrible way, it makes sense 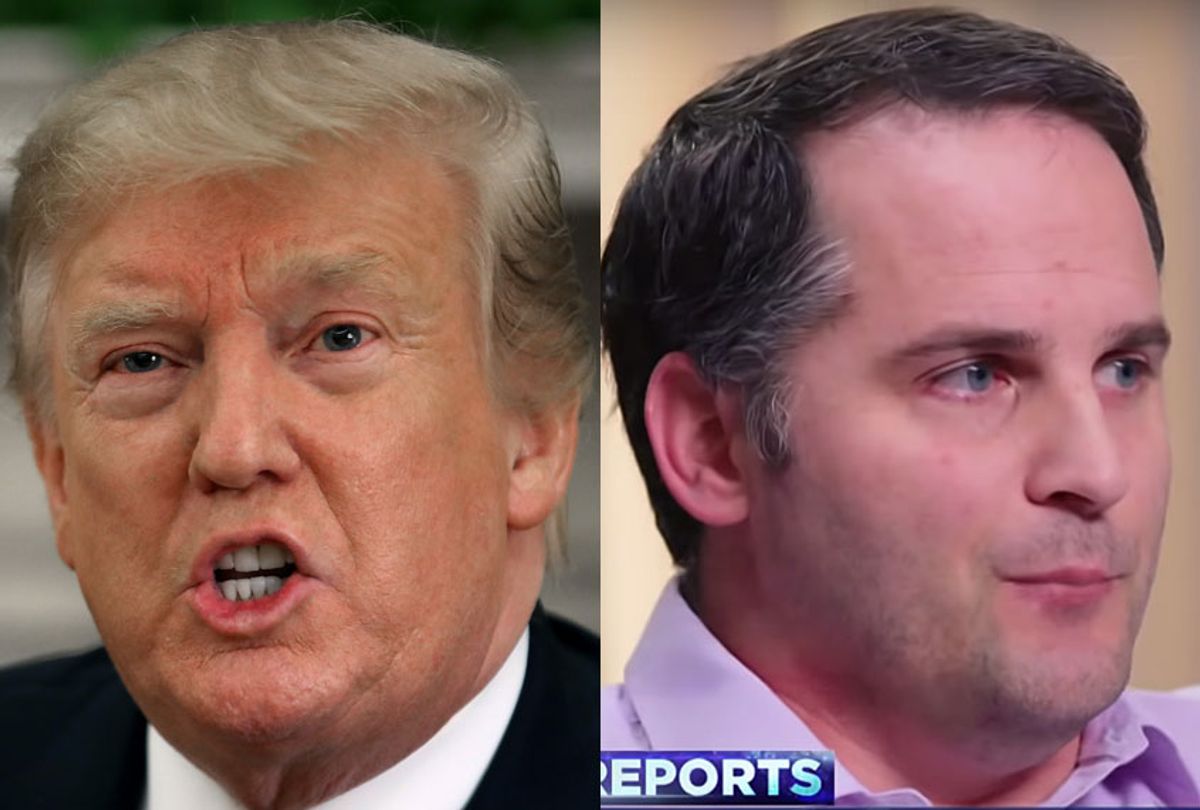 Nowhere is Donald Trump's imperial instinct more obvious than when it comes to the pardon power. This makes sense. The pardon power is a relic of the English monarchy, which most of the founders didn't think was necessary and didn't originally include in the Constitution. With some famous exceptions, pardons have mostly been used to show mercy. In recent years presidents have been parsimonious in handing them out, always following the rules set forth by the Department of Justice pardon office.

But the presidential pardon is a plenary power — meaning it is absolute, with no review and no limitation — which someone obviously explained to Trump early on. So he has not bothered with any guidelines or rules and has handed out pardons whenever it pleases him, mostly to friends and right-wing cause célèbre criminals. Like a mob boss he's used the pardon power as an enticement to prevent testimony against him, often in public (but as we've seen in the Mueller report, in private as well.)

But pardoning war criminals takes this imperial overreach to a new level. Early this month Trumpe pardoned a former Army lieutenant named Michael Behenna, who was convicted of the unpremeditated killing of an al-Qaida member in Iraq. Behenna's unit had lost two members from a roadside bomb and suspected the victim of being involved. They could find no evidence, and Behenna was charged with escorting the man back to his village. Instead, he stopped on the way, stripped the man naked, "interrogated" him and then executed him. He claimed self-defense but the court found him guilty and he was sentenced to 25 years in prison, later reduced to 15. He was paroled in 2014.

Behenna's family cleverly got themselves on "Fox & Friends" to pitch for a pardon, and Trump obviously saw it. When that pardon was granted, Fox News reported that the president was also “taking a broad look at veterans jailed for battlefield crimes and considering granting more of them similar relief.”

This must be one of those personal obsessions of Trump's, like designing his border wall (black, with sharp spikes) or tending to the details of the Independence Day celebration he's planning to turn into a campaign rally this year. The New York Times reported on Saturday that he has asked for the paperwork to pardon several more military convicts — on Memorial Day.

That's right, Trump plans to pardon war criminals on the national day of mourning for the war dead. The Times reports:

One request is for Special Operations Chief Edward Gallagher of the Navy SEALs, who is scheduled to stand trial in the coming weeks on charges of shooting unarmed civilians and killing an enemy captive with a knife while deployed in Iraq. The others are believed to include the case of a former Blackwater security contractor recently found guilty in the deadly 2007 shooting of dozens of unarmed Iraqis; the case of Maj. Mathew L. Golsteyn, the Army Green Beret accused of killing an unarmed Afghan in 2010; and the case of a group of Marine Corps snipers charged with urinating on the corpses of dead Taliban fighters.

Gallagher and Goldsteyn have also been championed by "Fox & Friends" host Pete Hegseth, whom Trump was once rumored to have considered to run the VA. Trump tweeted last March that he was moving Gallagher to less restrictive confinement "in honor of his service to the country." Apparently, he doesn't find Gallagher's accusers — fellow Navy Seals — to be honorable, despite the fact that they came forward at great risk to their careers to stop this murderous lunatic, who in one case was witnessed stabbing a wounded 15-year-old to death, texting photos of his kill and then holding a mock re-enlistment ceremony with the corpse. That's just for starters. This earlier story in the Times goes into grisly detail; it's not only an indictment of this madman, it's an indictment of the system that protected him for so long.

Trump has previously called Golsteyn, who admitted to the summary execution of an unarmed Afghan, a "U.S. military hero" after seeing him on "Fox & Friends" as well. The Marine snipers, who were court-martialed for urinating on Taliban soldiers, were represented by former Trump attorney John Dowd and the former Blackwater contractor, Nick Slatten, is connected to Trump crony Erik Prince (the brother of Education Secretary Betsy DeVos).

People who have been paying attention undoubtedly knew that these would be crimes for which Trump would be thrilled to issue a pardon. After all, he ran as a big fan of torture and war crimes in the 2016 campaign.

Trump repeatedly proclaimed that he loved waterboarding, and promised to do "a lot more than that" as president. He insisted that torture works, adding that "if it doesn't work they deserve it anyway for what they do to us.” He hinted broadly that he would even consider beheading, because his entire "strategy" to combat ISIS was to be even more brutal than they were.

Trump also promised to "go after" the wives and families of terrorist suspects saying, "I guess your definition of what I’d do, I’m going to leave that to your imagination." He often repeated a tall tale about Gen. John J. Pershing summarily executing Muslim insurgents during the Spanish-American War:

He took 50 bullets, and he dipped them in pig’s blood. And he had his men load his rifles and he lined up the 50 people, and they shot 49 of those people. And the 50th person he said "You go back to your people and you tell them what happened." And for 25 years there wasn’t a problem, OK?

This is completely untrue. As this detailed exploration by Snopes makes clear, Pershing committed no mass executions in the Philippines and tried to minimize casualties among the Muslim rebels. Apocryphal tales about the "pig's blood" incident began to circulate about 20 years later, but they did not involve Pershing and there's no evidence such a thing ever happened.

In a Republican primary debate on March 3, 2016, Trump was asked “If you were president of United States, and the military declined to carry out an illegal order, what would you do?” He replied:

They won’t refuse. Believe me . . . When you look at the Middle East, they’re chopping off heads. They’re chopping off the heads of Christians and anybody else that happens to be in the way . . . and now they’re asking about waterboarding. I said it’s fine and if they want to go stronger, I’d go stronger. Because that’s the way I feel. I’m a leader. I’m a leader. I’ve never had any problem leading people. If I say "Do it," they’re going to do it.

War crimes were as fundamental to Trump's appeal as the degradation of Latino immigrants and Muslim refugees. Pardoning those who committed the crimes he explicitly endorsed on the campaign trail is just fulfilling one of his most important campaign promises. War criminals are his heroes. Now he wants to honor them on Memorial Day. I have to admit that as cynical as I am about Donald Trump, I didn't see that one coming.