"Cripples and bastards and broken things": Why the "Game of Thrones" ending was nearly perfect

"Game of Thrones" ended as it began, subverting the chivalric tradition for a more progressive medieval fantasy 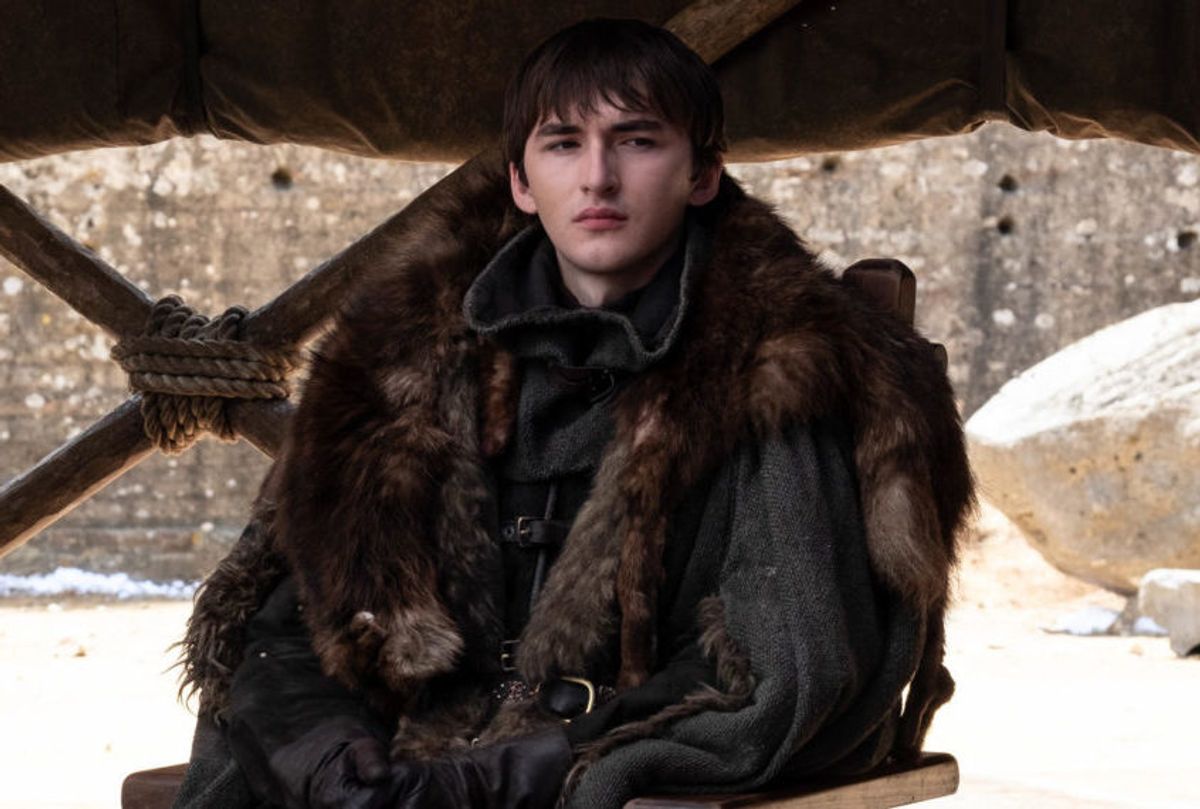 Isaac Hempstead-Wright as Bran Stark in "Game of Thrones" (Macall B. Polay/HBO)
--

This article contains massive spoilers about the finale of "Game of Thrones," obviously.

Having the stomach flu during the airing of the series finale of "Game of Thrones" initially seemed like a minor tragedy. But in retrospect, I was fortunate to be too enervated to read much social media or to take in any reviews. I knew extremely online people hated it, because they went in determined to hate it, but I was — and am — still blissfully unaware of the specific rationales for denouncing the episode that are swirling out there.

And so, without knowing why I'm supposed to be wrong, I can say that after years of being a mega-fan of the show and "A Song of Ice and Fire," the book series by George R.R. Martin it's based on, I found the ending to be poetic and fitting and damn near a perfect fit for the themes and characters that have undergirded the series from the beginning.

"I have a tender spot in my heart for cripples and bastards and broken things," Tyrion Lannister tells Robb Stark in the first season of the show, a line taken directly from the first book in the series, when he's asked why he helped design a saddle for the disabled boy he would later seat as the king.

The line is more than one of Tyrion's many clever deflections, but should be understood as something of thesis statement for the series. From the beginning, "Game of Thrones" was a corrective not just to traditional medieval fantasy like J.R.R. Tolkien's "Lord of the Rings" but of the Arthurian legends and chivalric romances that inspire it. Martin's story, while embracing the thrills and romance of the chivalric tradition, also calls into question some of the more repressive values embodied in these stories and the way that reactionary writers and thinkers have drawn on these traditions to justify their hostility to social progress and change.

It's hard not to miss the parallels between Bran and the Arthurian legend of the Fisher King (sometimes called the Wounded King), whom scholars suggest is based on the Welsh sea-god named Bran. In legend, the Fisher King is crippled and impotent and the heroes need to restore his body to wholeness in order for the dying land to come alive again. He's a symbol, most famously in T.S. Eliot's "The Waste Land," of the supposed rot of modernity and social change and the need to restore the nation's supposedly previous state of glory.

But "Game of Thrones" turns this tradition on its head by offering Bran not as a symbol of the waste land, but as a corrective. His impotence and disability isn't a problem, but, as Tyrion suggests, a solution, an opportunity to break the cycle of hereditary monarchy and move, however incrementally, into a better, more just future. Instead of presiding over a collapsing world, Bran's reign starts as spring visibly returns.

Daenerys and Jon, in contrast, are the more Arthurian figures, both in that they're regents raised in exile and frequently assumed, by both other characters and the audience, to fit the "prince who was promised" prophecy, which sounds about as much like "the once and future king" as you can get. Daenerys, whose fire-born dragons are an amped-up form of pulling Excalibur from the stone, is proved too tyrannical to rule. Jon, while noble and just, is simply too compromised politically.

This isn't just subversion for its own sake, however. These chivalric tropes, which persist in both genre stories and high literature, are what the kids these days would call problematic. They equate able-bodiedness, masculinity and having the "right" bloodline to morality, and justify a might-makes-right attitude towards leadership. It's not a surprise that medieval fantasy and fantasies about medieval society have long had a pull on the reactionary mind and supplied images and ideas that motivate actual fascists.

So much of the point of "Game of Thrones" is that these kind of medievalist ideas about leadership aren't just repressive, but ineffective. Instead of valorizing military might and shows of strength, the story has taken great pains to focus instead on the importance of diplomacy, political skills, debate, and yes, boring old bureaucratic administration.

This understanding played out throughout the struggle between the three queens — Cersei, Daenerys and Sansa — in the final season of the show. The two women who leaned most heavily into the militaristic traditions of their world, who ruled through fear and oppression, eventually learn the lesson that those who live by the sword will die by it. But Sansa, who spent the series building up her skills as a politician and able administrator — the Nancy Pelosi of Westeros, as it were — is able to secure Northern independence without shedding a single drop of blood. And her reward is to be crowned queen festooned not in military garb, but in a dress decorated with the leaves of the weirwood, a symbol not just of her cultural heritage but of life's persistence in the face of adversity.

The episode begins with Daenerys, now fully in Darth Vader mode, giving a bold speech about how she plans to conquer the world, while her troops swoon to her every word. But she dies; and so instead we get a humor-filled scene of the first meeting of the small council, headed by Tyrion, as they talk about the mundane but life-saving work of modernizing the water and sewage systems for the public health.

It was a beautiful way to underscore the fundamental theme of the show, best embodied by Tyrion, of the difference between romanticized tales of war and conquest and the realities of government. All the way back in season two, Varys warned Tyrion that no one would thank him for, much less remember, what he has done to save the city. And audiences were reminded again of this when Tyrion finds out he's been written out of the official histories. But ultimately, the quiet heroes, the people who fix the water systems and mind the public health, are elevated over the glory-seeking warriors like Daenerys, whose desire to make their mark often leads to widespread death and destruction.

It was an enormous task, taking these heady ideas, rooted in both history and literary traditions, and adapting them to a TV show that has zombie armies and fire-breathing dragons. The last season felt a bit rushed at times, thought not nearly as much as the extremely online have been saying, but it was incredibly impressive how the show stayed true to the vision until the end. I didn't want to see Jon Snow, as much as I like the character, sitting on the throne, and upholding the theme of the once and future king. I liked the way the show ended by thumbing its nose at the reactionary valorization of the chivalric tradition. It was the ending for those, like Tyrion, who have a tender heart for cripples, bastards, and broken things.