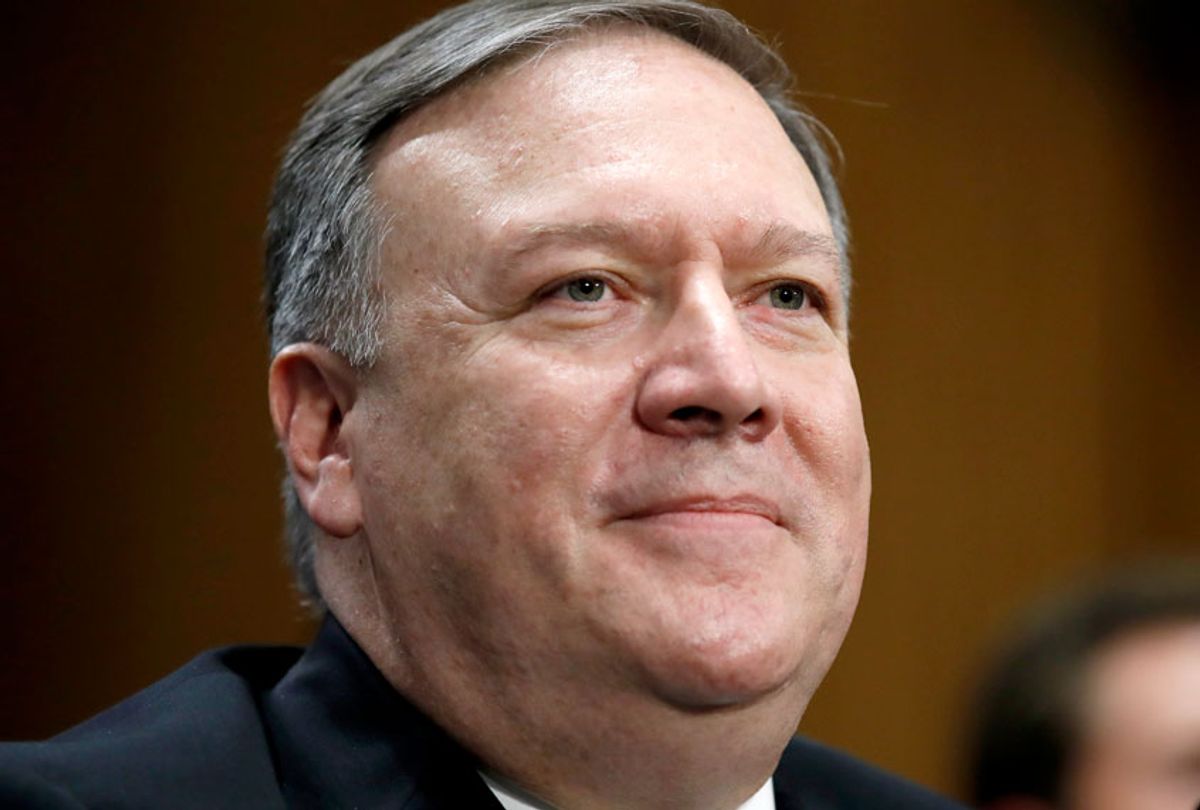 During an appearance on "Fox & Friends" in which he was asked about the Pentagon requesting 5,000 troops to go to the Middle East in the wake of increased tensions with Iran, Pompeo asserted that the threats in question were both "real" and "credible."

"Without getting into specifics, you can be sure that President Trump will ensure that we have all the resources necessary to respond in the event that the Islamic Republic of Iran should decide to attack Americans; or American interests; or some of our great soldiers, sailors, airmen or Marines who are serving in that region; or the diplomats serving in Iraq or elsewhere," Pompeo said.

"The exact force posture the president is looking at every day? We're evaluating the risks, making sure that we have it right. This is an important mission," the secretary of state added. "We have 40 years of terror coming out of the Islamic Republic of Iran, and President Trump is determined to change the course of that regime."

Later in the interview, Pompeo contrasted the approach used by the Obama administration with the one followed by Trump.

"The previous administration took a different path. They underwrote that government, giving them hundreds of billions of dollars and the ability to put the terror team in place that we're seeing today — the very terror threat that we're facing," the secretary of state said. "President Trump's taken a very different course of action. We are determined to stop not only their nuclear program — and from them ever getting a nuclear weapon — but to prevent them from building up their missile program and conducting terror campaigns."

This is not the first time that Trump has clashed with Brennan. In January, the president tweeted in response to criticisms of his Iran policy from the intelligence community: "The Intelligence people seem to be extremely passive and naive when it comes to the dangers of Iran. They are wrong! When I became President Iran was making trouble all over the Middle East, and beyond. Since ending the terrible Iran Nuclear Deal, they are MUCH different, but a source of potential danger and conflict. They are testing Rockets (last week) and more, and are coming very close to the edge. There economy is now crashing, which is the only thing holding them back. Be careful of Iran. Perhaps Intelligence should go back to school!"

Brennan responded to Trump by tweeting, "Your refusal to accept the unanimous assessment of U.S. Intelligence on Iran, No. Korea, ISIS, Russia, & so much more shows the extent of your intellectual bankruptcy. All Americans, especially members of Congress, need to understand the danger you pose to our national security."

Watch the full clip via Media Matters below: