"Booksmart" isn't just for kids. Neither are its themes, which echo through "Someone Great" and "Wine Country" 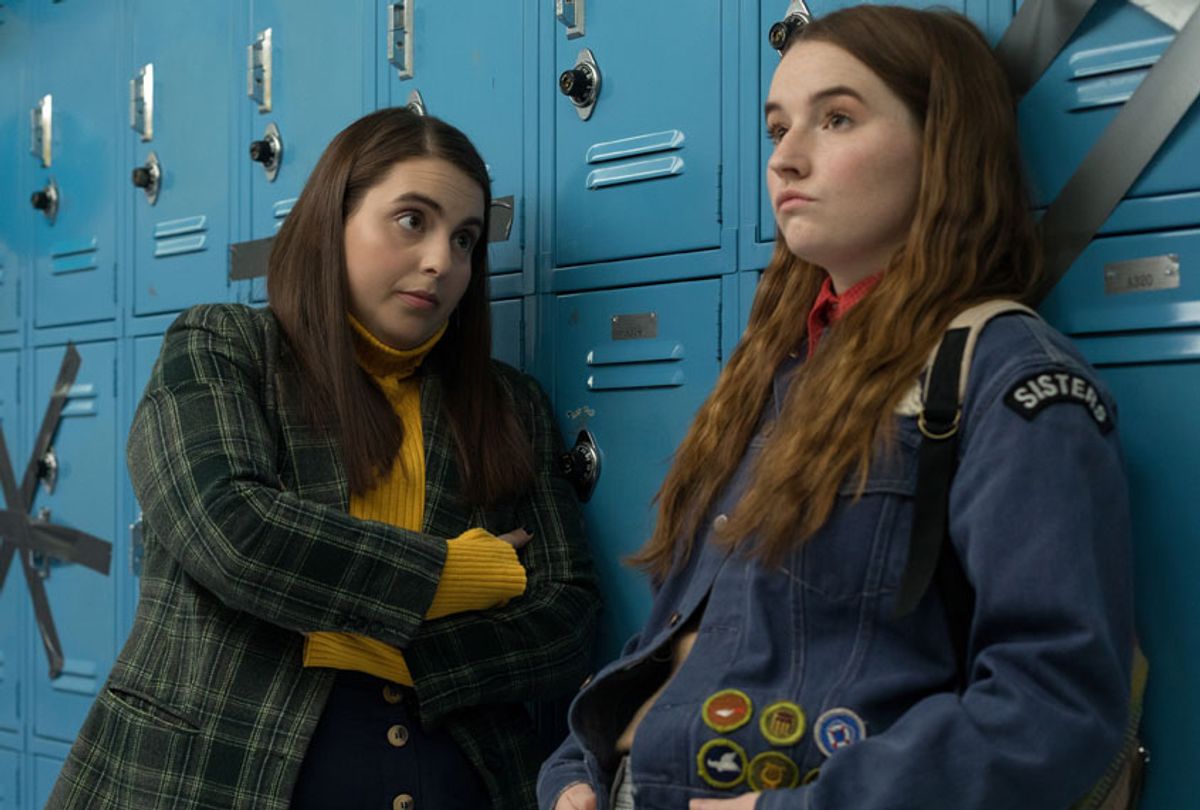 The days around high school graduation occupy a liminal space, with conditions perfectly calibrated for transformation. The before and after are clearly marked, and the crossing of this particular threshold is widely understood to have bittersweet potential: the future with all its possibility lies ahead, once childhood’s certainties are left behind in the rearview mirror. But change is rarely instant or graceful, as anyone who’s ever tried to grow out bangs knows: the chasm between the person you are and the person you wish to be can feel vast, the clearing of it a series of awkward stumbles.

In Olivia Wilde’s directorial debut “Booksmart,” a pair-bonded couple of virgin Tracy Flicks attempt to will their own transformations from uptight Type As to cool girls in one fateful night, with hilarious and sweetly tragicomic results. After four FOMO-resistant years, domineering Molly (Beanie Feldstein, whose breakout role as Saoirse Ronan’s bestie in Greta Gerwig’s “Lady Bird” marked her for greatness) and reserved Amy (Kaitlyn Dever) realize at the eleventh hour that they had avoided wild times in high school for no good reason: If the kids they wrote off as drug-addled idiots and slacker sluts also got into top-tier colleges, what in the hell was the point of cloistering themselves in the library for four years?

Molly the alpha nerd attacks the plan for rectifying this oversight and salvaging their reputations as only a master of the study guide would: They will crash the cool boy’s graduation party, find some people to make out with — Amy, much less invested in this plan than Molly is, could finally make a move on Ryan (Victoria Ruesga), the cute skater girl she had been awkwardly flirting with for ages — and show the rest of the school just how fun they already know they are. That they have no idea where the party is, no connections to tip them off, and start off on their big night wearing matching jumpsuits is obviously no problem for two such towering intellects, right? Comedy by way of an escalating series of obstacles and humiliations ensues, of course.

Let’s get the obvious comparison out of the way: A clear antecedent to “Booksmart” is 2007’s “Superbad,” Seth Rogen and Evan Goldberg’s hit raunchfest that made a star out of Jonah Hill, who also happens to be Feldstein’s big brother. Both films revolve around an awkward best-friend duo hellbent on living the high school dream for one fateful night, with a cast of memorable supporting freaks swirling in and around their quest. (The sublime Billie Lourd’s turn as Gigi, the chaos Muppet of “Booksmart,” sets a new standard for that type.) “Booksmart” also cuts its manic horniness with a meandering weirdness that recalls Richard Linklater’s ambling “Dazed and Confused” as well as hints of the low-key dread running through “American Graffiti,” the urtext of this genre.

Let’s get the obvious difference out of the way, too: “Booksmart” puts a fresh spin on the coming-of-age night-of comedy because it's focused on two girls, one of whom is also queer. These filters color everything about how the story is executed within its form, from the small poignant details of their friendship ("Malala" is the term they use for a non-negotiable ask) to the specifics of the sex gags. The gaze of lust in "Booksmart" isn't predominately hetero, and unlike in "Superbad" the gay jokes come only at the expense of Amy's earnest, accepting parents (Lisa Kudrow and Will Forte) as Molly encourages their belief that two girls are dating, to Amy's eternal embarrassment. Gender also underscores the transformative stakes of their big night, as what Molly and Amy are ultimately meant to learn is the virtue of relaxing and trusting that their lives will actually improve when they aren't trying to manage every single second in the pursuit of eventual success.

Women and girls know just how major of an undertaking that can be, given the incentives we have — economically, personally, legislatively — not to just let go and trust the universe to provide. That may be why similar themes run through two other recent women-centered comedies set in liminal spaces. In a hypothetical triple-feature of "Booksmart" alongside Jennifer Kaytin Robinson's "Someone Great" and Amy Poehler's "Wine Country" (both out on Netflix now), we can see how the role of control plays out through millennial and Gen X lives too. Packaged inside the masturbation jokes and barf gags of three breezy platonic rom-coms is a compelling fantasy of exchanging that control for the abandon of increasingly longer escapes with your most trusted friends.

In “Someone Great,” the liminal space is the last full day and night of debauchery Jenny (Gina Rodriguez), fresh off a break-up with long-term boyfriend Nate (LaKeith Stanfield), spends in New York with her two best friends, Erin (“She’s Gotta Have It” star DeWanda Wise) and Blair (“Pitch Perfect” alum Brittany Snow). Both Jenny’s breakup and move are due to her landing her dream job at Rolling Stone after grinding her way up the media ladder throughout her twenties. That Jenny couldn’t relax about her work was a point of contention in her relationship with Nate shown in flashbacks, but — unlike in the 2006 workplace grind comedy “The Devil Wears Prada" — not something she has to justify to her friends. It only takes a little convincing by Erin and Jenny to bring "Bad Blair" out of mothballs for one final burst of tequila shots, weed and molly before Jenny strikes out on her own for San Francisco. If "Booksmart" (the better film, truth be told) is about the exhilaration of possibilities breaking wide open, "Someone Great" is about reconnecting with that feeling in order to find the courage to make the decisions that will determine — and, by design, limit — what comes next.

"Wine Country" takes the occasion of a 50th birthday to take a group of girlfriends — they all waitressed together at the same pizza parlor in their youth, a delightfully ridiculous workplace stand-in for "Saturday Night Live," where the cast, which includes Tina Fey and Maya Rudolph, actually became real-life friends — and remove them from their daily lives for a long boozy weekend in California's Napa Valley, where they grapple with mortality, indecision, professional and personal failure at middle age, and their unresolved issues with each other. Abby (Poehler) can't relinquish control over the days-long celebration she's planned for Rebecca (Rachel Dratch), even as her friends turn on her for it, because she's adrift after being fired. Catherine (Ana Gasteyer) can't stop working even while on vacation and feels isolated and judged as a result. Decades of internalizing these issues have worn on most of them, to the point where Rebecca's back gives out and she has to be wheeled around in an office chair. It takes actual physical calamity — and a life-endangering wildlife encounter — to break them down sufficiently to the point where they can help each other face what's next.

In terms of stakes, energy and overall execution, "Booksmart" is the most successful of the three films. But the similarities in theme that emerge in these female-made and -focused movies are worth noting. They point to a collective undercurrent of exhaustion shared by so many women trying to keep the plates of their professional, personal, and family lives spinning at our hustle-culture's best-life-living, woke-up-like-this level all at once. "Booksmart" might be a story made specifically about Gen Z girls, but threads running through the millennial-focused "Someone Great" and the Gen Xish "Wine Country" highlight how some of those foundational anxieties that feel so specific to late adolescence aren't unique to the young after all. It's still damn hard work to become the person you want to be, and the obstacles we create for ourselves take a lifetime of grinding away — or a series of deliberately planned extended party quests with your best friends, if you happen to live in a platonic rom-com — to overcome.