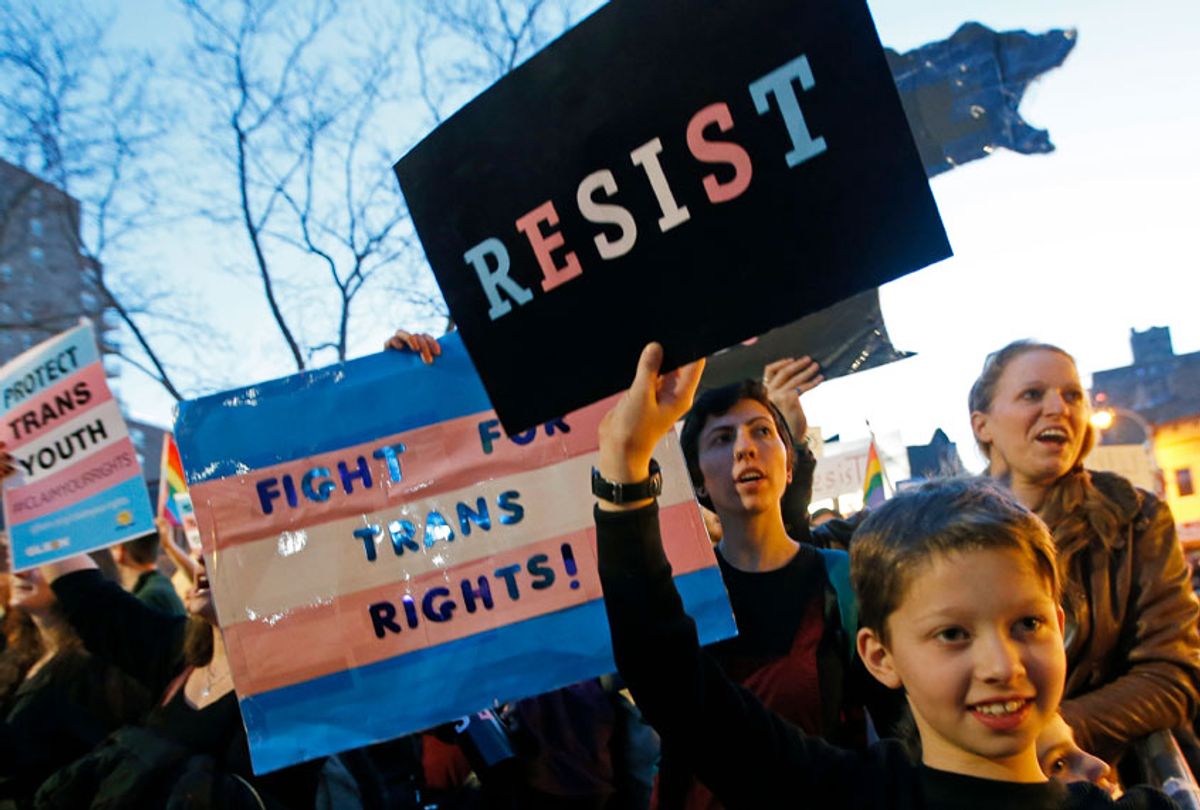 President Donald Trump's administration proposed a rule Friday that would roll back an Obama-era policy prohibiting health care providers from discriminating against patients who are transgender.

The Department of Health and Human Services (HHS) plans to rewrite section 1557 of the Affordable Care Act, also known as the Health Care Rights Law, which "prohibits discrimination based on race, color, national origin, sex, age or disability in certain health programs or activity that receives Federal financial assistance." The Obama administration issued a ruling which asserted the provisions covered gender identity, although a federal judge blocked those protections in 2016 following a lawsuit from religious groups.

The proposed measure says HHS would repeal the Obama-era definition of "sex" in order to make its regulations "more consistent" with those at other agencies. The proposal, released on a Friday before a holiday weekend, comes two days after the Department of Housing and Urban Development proposed a new rule which would allow federally funded homeless shelters to deny services to transgender people. The Trump administration has also banned transgender recruits from joining the military.

Transgender rights advocates slammed the proposal and signaled they're prepared to challenge the measure in court.

"The Trump-Pence administration is sanctioning blatant discrimination in health care by attempting to reverse the landmark health care rights law," Fatima Goss Graves, president of the National Women's Law Center, said in a statement. "We are prepared to protect and defend patients against this dangerous attempt to reverse their rights."

Louise Melling, the deputy legal director at the American Civil Liberties Union (ACLU), said that rolling back the nondiscrimination protections would "lead to devastating health consequences."

"Transgender and non-binary people experience staggering rates of discrimination from health care institutions and providers," Melling said in a statement. "They face the denial of medically necessary health care related to gender transition, harassment from medical providers, negligent care and the refusal of medical service altogether."

"When Congress prohibited sex discrimination, it did so according to the plain meaning of the term, and we are making our regulations conform," Severino said in a statement, adding the proposal would accomplish both the "vigorous protection of civil rights and faithfulness to the text of the laws."

"We are committed to full enforcement of civil rights laws before, during and after any rulemaking," he continued. "We are also committed to the elimination of regulations that contradict law or raise the costs of healthcare without achieving intended results."

The proposed rule will now be open to public comment for 60 days after it is published in the Federal Register. The ACLU has vowed to take legal action should HHS finalize the rule.

"The ACLU refuses to allow the Trump administration to try to drag us backwards and roll back these essential, life-saving protections against discrimination," Melling said. "Should HHS finalize this discriminatory rule, we will see them in court."

The HHS announcement comes shortly after the department finalized rules that allow health care workers to refuse to provide services that violate their religious or moral beliefs, which critics argued would allow health care providers to deny care to LGBTQ individuals. Democratic attorneys general in California, New York and more than 21 states and municipalities have filed lawsuits challenging the so-called "conscience protections," which were designed by the civil rights office headed by Severino.