While war drums beat, Trump wants to keep Congress in the dark 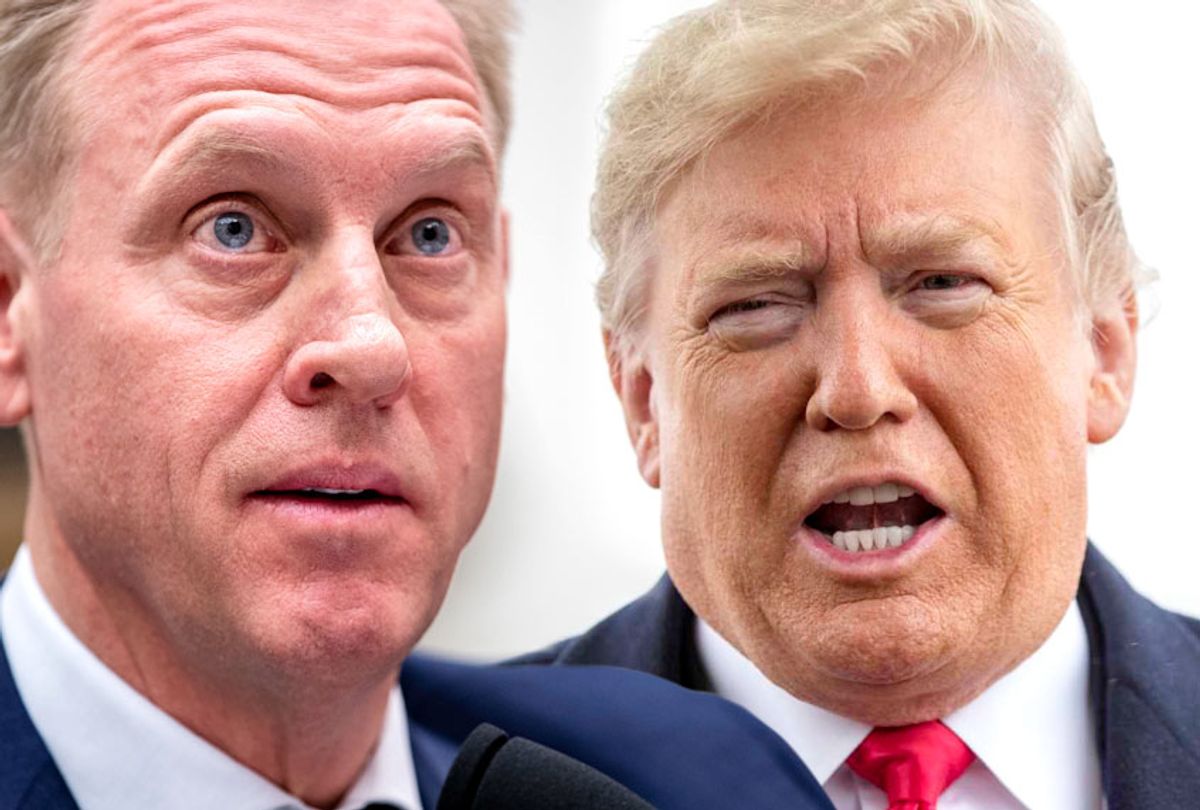 At his hastily arranged Rose Garden press conference on Wednesday, President Trump made a patently laughable claim. "I am the most transparent President in U.S. history," he protested. But as part of his conspiratorial war against the so-called deep state, Trump has threatened the political neutrality of the military by directing the Department of Defense to decide for itself what is legislatively necessary for Congress to do its constitutionally-mandated job of oversight.

There hasn’t been a real secretary of defense for five months, since Jim Mattis left the Cabinet abruptly under disturbing circumstances that have never been fully explained. Meanwhile, Trump’s administration appears to be escalating tensions with Iran after unilaterally pulling out of a multinational compact. Now Trump’s acting secretary of defense, Patrick Shanahan — who has not been confirmed by the Senate — wants the military to restrict the information it shares with Congress, the branch of the federal government tasked by the Constitution with declaring war. Let's state that again for the record: Trump has the military teetering toward war, while keeping those who have the constitutional obligation to declare war in the dark.

The Washington Post obtained a memo that Shanahan issued earlier this month ordering Pentagon officials and political appointees to ignore congressional disclosure requests unless the congressional request has "sufficient information to demonstrate a relationship to the legislative function." According to the Trump administration, the new gag rule laid out in a memo that sets a half-dozen guidelines was supposedly proposed out of concern over Congress' purported tendency to leak military secrets. Pentagon spokesperson Lt. Col. Joe Buccino even tried to sell the move towards secrecy as an increase in “transparency and information sharing with Congress.”

But members of Congress have security clearances that allow them to access that material. Furthermore, Article I of the U.S. Constitution grants Congress, not the executive branch, the authority "To make rules for the Government and Regulation of the land and naval forces.”

Shanahan, a former Boeing executive who was only recently cleared in an ethics probe over suspicions he had shown favoritism to his former employer, lacks any authority to tell military personnel to deny Congress whatever information its request. Moreover, since congressional legislation created the Pentagon in the first place, Congress has a legitimate legislative interest in everything related to it anyway. If members have that constitutional authority, they also need to have the information that goes with it. After all, how exactly is Congress to work out the Pentagon’s massive budget if they don't know what the military is doing?

It’s pretty rich that an “acting” secretary, one who was not approved by the Senate, presumes to tell the branch of government specifically granted war powers by the Constitution, what it may or may not know regarding military operations. This is one more of the dilemmas posed by Trump's unconfirmed appointees making critical decisions. As with its attempt to block Congress from acquiring the president’s personal financial records, the Trump administration is relying on an invented idea that Congress only has “standing” to review the executive branch if the executive branch decides its inquiries have “legislative” function. It’s the same argument that was shot down in two federal courtrooms this week, whose judges ruled it has no basis in law or the Constitution.

As a bipartisan group of lawmakers pointed out in a letter to the administration this week, Congress remains a coequal branch. “Congress oversees the Department of Defense; but with this new policy, the Department is overstepping its authority by presuming to determine what warrants legislative oversight,” wrote both the Democratic and Republican leaders of the House Armed Services Committee.

Reps. Adam Smith, D-Wash., and Mac Thornberry, R-Texas, added that “by applying this policy to all members of Congress, regardless of committee assignment, the department misunderstands the role and prerogatives of its committees of jurisdiction."

"This policy … accuses Congress of being a security risk for classified information, which is both inexcusable and inaccurate," Smith and Thornberry said in a joint statement Wednesday. "The department is not in a position to evaluate defense committees' worthiness to receive classified information, nor characterize our ability to appropriately protect it."

They continued, "If implemented, the department's new policy guidance would dramatically limit Congress' ability to execute our constitutional prerogative.”

The Democratic-led House is set to mark up its version of the 2020 National Defense Authorization Act in early June. Congress provides the funds, and as such has the power of oversight. If congressional leaders have any spine, they will use the appropriations process to refuse funds to operate anything beyond the most basic military functions until the Pentagon follows the Constitution with respect to congressional consent. In their letter, Thornberry and Smith said this issue will be addressed in the National Defense Authorization Act, but did not specify whether it would affect the current fiscal 2020 request that lawmakers are in the process of finalizing.

Members of both parties should sound the alarm about just how pernicious it is to have all of the nation’s war-making power hidden behind a veil of secrecy in the executive branch. Instead, the Republican-led Senate Foreign Relations Committee on Wednesday rejected a Democratic proposal to require congressional approval before the U.S. can take military action against Iran.