How the "My Favorite Murder" podcast solved my writer's block

Sophomore jitters and postnatal depression left me with writer's block. This podcast helped me find myself again 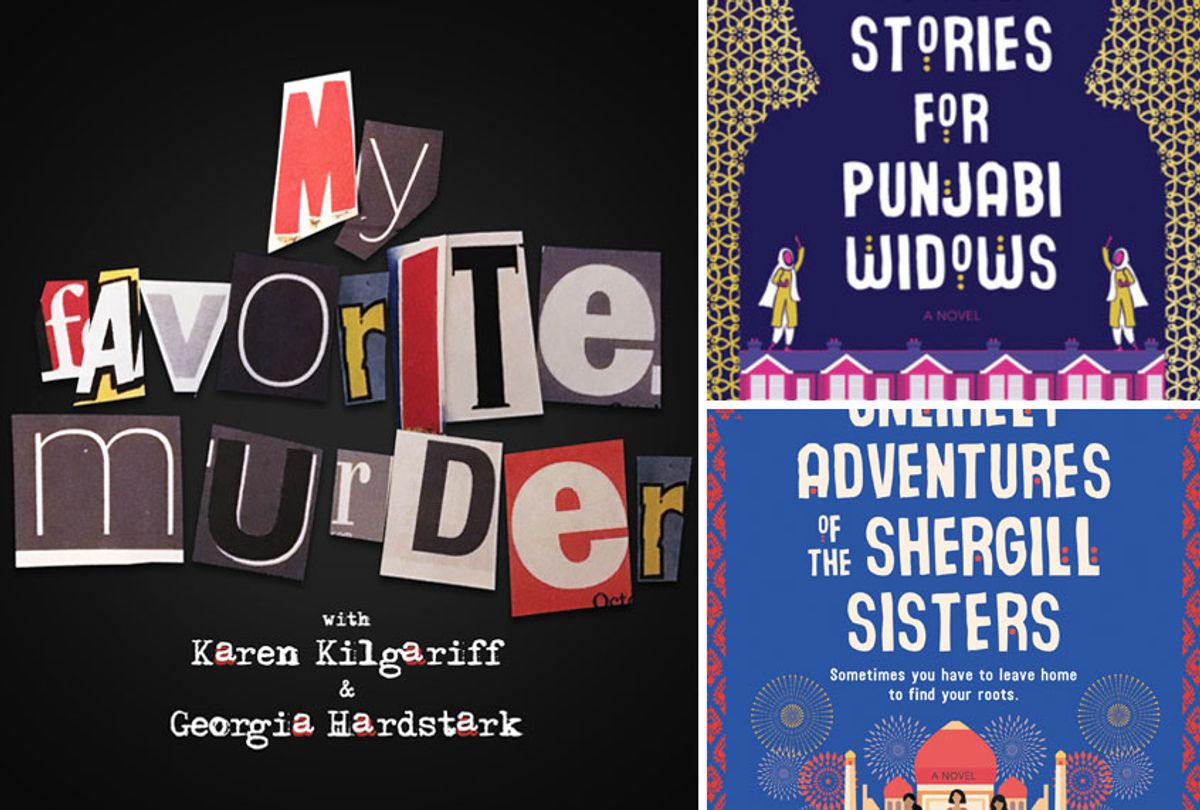 People tend to back away nervously whenever I credit a podcast about murder with helping me to cope with a combination of sophomore jitters and postnatal depression. But other followers of the "My Favorite Murder" podcast would understand. They would also recognize that this fandom is not solely based on a niche interest in the intersections between true crime, feminism and comedy. It’s about the meaningful relationship that its hosts Karen Kilgariff and Georgia Hardstark have built with its audience since they launched their first episode in 2016.

Anyone who has sat around a campfire telling ghost stories, or whispered over their desk with their work bestie about ongoing investigations of a local killing spree, knows the thrilling solidarity created in these moments. Exploring morbid cases, from notorious serial killers like Ted Bundy to survivor tales and letters from listeners about their own hometown murders, Karen and Georgia find humor in dark places (though never at the expense of the victims, whom they honor with empathy and respect).

Writing and motherhood are lonely endeavors. When your study has turned into a nursery and the staff at your once favorite café is hostile to public breastfeeding, you can’t help feeling invisible. I didn’t realize how alienated I had been until I heard the hosts’ theories on topics like who killed JonBenet Ramsey and their fury at the injustices surrounding the death of Mitrice Richardson, mixed with lighter digressions (including vintage Tupperware, people who scream when they sneeze, and tacos). With each hour spent listening to "My Favorite Murder," my old self began returning. I found humor in my heaviest anxieties about parenting, and rediscovered my appreciation for a good story. The characters that I had abandoned on a bumpy train ride to Punjab stretched their limbs and asked, “What’s next?”

I’m not the only listener whose healing is a testament to this strangely uplifting podcast. At live shows, fans approach the hosts to credit them and their inclusive community for turning points in their mental health. These weren’t explicit goals of the podcast, but this is the power of witnessing a friendship between women who have stopped keeping their curiosities a secret. Given that my fiction addresses cultural taboos and the freedom of connecting with other outsiders, I recognized Karen’s and Georgia’s exhilaration at what they were embarking upon in those first episodes. As the podcast flourished and they began to tour internationally, start an online fan cult and sign a book deal, they continued to ask each other “are we really doing this?” with all the breathless, pinching-myself-to-see-if-I’m-dreaming disbelief of women who had found an enthusiastic audience after years of subduing their interests.

Writing became my purpose again. I summoned the energy to return to the draft and drive the Shergill sisters across the finishing line in a triumphant resolution that reminded me why I found fiction so fulfilling. I was kinder to myself as a parent too, accepting that shortcomings were inevitable, and taking moments to appreciate the sweetness of the role. A few months after submitting the manuscript to my publisher, I travelled to New York as a guest of a literary festival, and discovered that there would be a live "My Favorite Murder" show there on the same night of my reading at the Asia Society. Of course my audience was more modest in size than theirs, but I felt a surge of pride as I read from my previous book and announced that I had recently completed another. Standing in front of that microphone, I thought of Karen and Georgia on their stage somewhere else in the city and I silently thanked them. We’re really doing this, I thought.