Making Ted Bundy a "rock star": Are we creeps for loving true crime?

Real human victims and real violence are at the center of these stories. How do we consume them ethically? 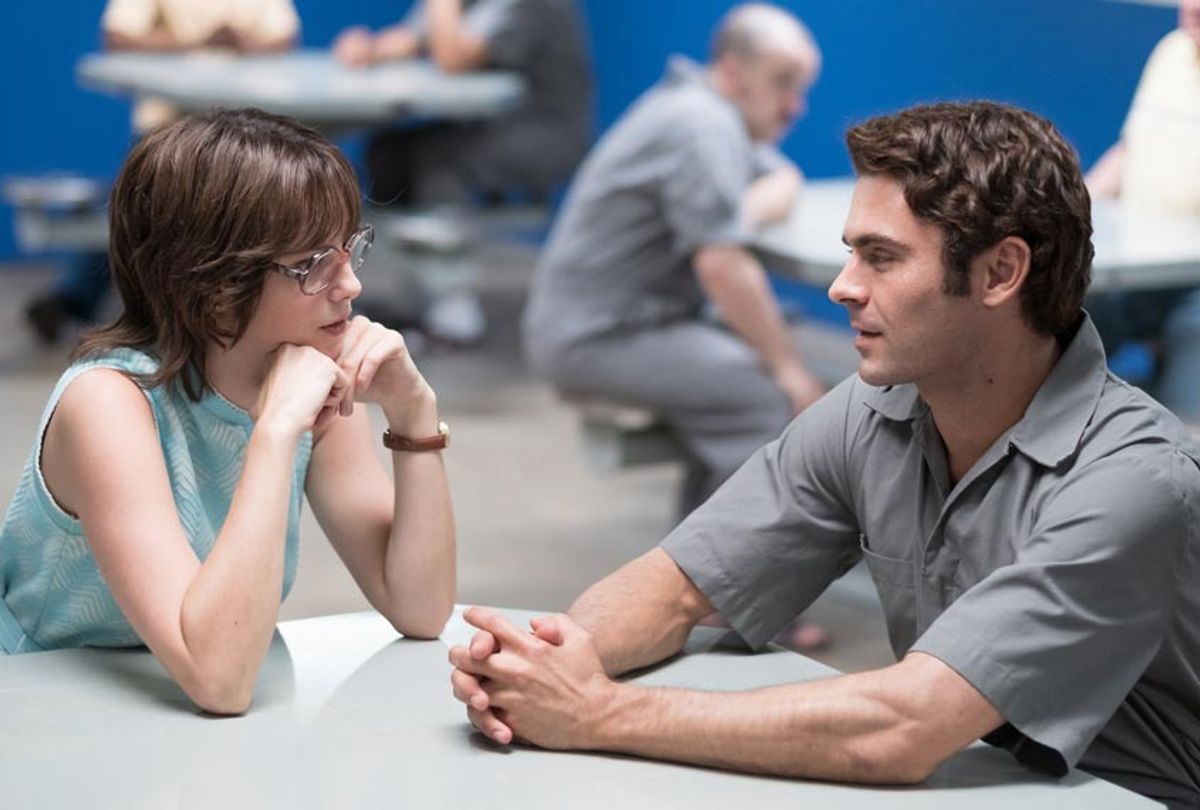 I love murder. Wait, let me rephrase that. I mean I love crime. Let's try this one more time. Hello, I'm a true crime obsessive. Always have been. "Fatal Vision" and "Helter Skelter" were my youthful beach reads. And that means that I often am uncertain of my place in the uncomfortable space between honest curiosity and creepy prurience. But the past few weeks have taken the ethical issues around the storytelling of real death to a new level.

First, there was the Oscar nomination last month for the short film "Detainment," based on the infamous murder of James Bulger. In 1993, the two-year-old British boy was lured away from his mother in a shopping mall. He was tortured, killed and his body was discarded on a railway line. What made the crime all the more horrendous was that his killers were two ten year-old boys. In their subsequent trial, Robert Thompson and Jon Venables became the youngest convicted murders in UK history.

Based on the police interview transcripts and records from the case, Director and screenwriter Vincent Lambe's 30 minute film is an unflinching recreation of the investigation, with standout performances from its young stars. Writing in The Telegraph, critic Robbie Collin called the film "humanizing but not sympathetic" and the BFI called it "devastating."

But James Bulger's mother, Denise Fergus, has spoken out against the film, saying in an open letter to Lambe that "You didn’t consider myself or any of my family, when you decided to make this film, you had long enough to contact myself and you never bothered to even try and make contact to ask permission. . . . Not only did you not bother to contact us you went ahead and used a young child to play my baby James. The re-enactment of that child being led away like the final hours of James' life has brought it back to me and it hurts so much." A Change.org petition to have the film's Academy Award nomination withdrawn has garnered nearly 300,000 signatures.

Lambe has defended his actions, however, saying, "We wanted to make a film that was entirely factual. We didn’t want to be putting an opinion on it. For that reason, we decided not to meet with any of the families involved." The Academy of Motion Picture Arts and Sciences has offered its "condolences" to the family but maintains that it "does not in any way influence the voting process."

Meanwhile, in a less prestige-driven controversy, Zac Efron's upcoming Ted Bundy biopic "Extremely Wicked, Shockingly Evil, and Vile" has drawn similar concerns over sensitivity to victims and survivors. Though director Joe Berlinger is perhaps best known for the gripping and influential "Paradise Lost" documentaries — he also directed the new Netflix Bundy documentary, "Conversations with a Killer: The Ted Bundy Tapes" — the trailer for his drama about "America's most notorious serial killer" makes it look like an amped-up period piece, "The Wolf of Wall Street" with a body count.

Critics who saw the film at last week's Sundance Film Festival found themselves unsure how to respond to a slick tale of a rapist responsible for the deaths of at least 30 women. Vanity Fair's Richard Lawson admitted he was "sickeningly drawn in," while The Playlist's Rodrigo Perez noted the movie "can’t resist making Bundy look like a little bit of a rock star." But Kathy Kleiner Rubin, who survived at attack from Bundy in 1978, told TMZ this week that the "glamorous" Bundy was the man his victims "wanted them to see," adding, "Hopefully [the film] will make women more aware of their surroundings and cautious." Who knows, maybe unflinchingly depicting both the charm and the brutality of madmen could even help reduce the stomach-turning volume of fan mail that murderers like Chris Watts manage to receive.

It's a straightforward enough experience when our curiosity about real people who did monstrous things applies to individuals who conformed to the image of monsters. Nobody's going to have much sympathy for John Wayne Gacy. But Ted Bundy was a good-looking guy. Thompson and Venables were children. These killers weren't bogeymen. They resembled the people we know. Their victims trusted them. Their stories ask that we understand why.

But doing that with sensitivity and respect for the individuals whose lives they destroyed is difficult — and there's no standardized template for hitting that mark. I cringe at podcasts where the hosts giggle recounting heinous crimes, but I know that other people find that gallows humor a tension-reducing release. I'm uncomfortable when people say they have "pet" cases, even though I absolutely have my own.

"Any reporter who's working on crime stories has to acknowledge [their] own moral culpability," says Sarah Weinman, author of "The Real Lolita: The Kidnapping of Sally Horner and the Novel That Scandalized the World."

"One hopes you're trying to tell these stores as honestly and carefully and empathetically as possible," she said. "Those are aways my goals. When survivors and family members become accessible to you, there's sort of a transmission of pain. It causes an emotional response. The perspective of survivors and family members feels to me like they have to be increasingly centered."

Author Carolyn Murnick also understands the challenge of tilting the story toward the victims and survivors. Her 2017 memoir "The Hot One" chronicled her childhood friendship with Ashley Ellerin, and Ellerin's murder at the hands of a serial killer at the age of 22. In a November TEDx talk, Murnick described "looking for meaning in violence when there was none" and her challenge to "not mistake violence for entertainment and formula for truth."

When I spoke with her recently, Murnick noted, "how easy it is to fall into the trap that the story of crime has to be the story of the men and the male killers. What to me is a lot more moving and unique is exploring what happens around murder, and what stories the people who knew the victim carry with them, and how those narratives change."

Horror — whether real or fictional — has traditionally relied on our identification with the victim. We see ourselves as Little Red Riding Hood, or maybe the Black Dahlia, to play out our worst fears through the safety of storytelling. But over time, other types of narratives have gained popularity. You can't read "In Cold Blood" without experiencing the terror of the slaughter of the Clutter family — and the fascinated relationship Truman Capote had with Dick Hickock and Perry Smith.

Beginning in the early '70s, movies like "Straw Dogs," "I Spit on Your Grave," "Deliverance" and "Last House on the Left" popularized the the vengeful victim, permitting characters to wreak vivid violence while simultaneously exonerating them for it. Then, in 1978, a movie came along to flip the perspective even further. In the opening minutes of John Carpenter's classic "Halloween," the viewer is the murderer, experiencing the brutal death of Judith Meyers through the eyes of her killer. Only then is the murderer revealed — not yet as the savage killing machine of the rest of the film, but a sweet faced little boy.

Which brings us back to movies like "Detainment," and a schoolboy killer crying in his mother's arms. Does "humanizing" individuals who've done the unthinkable misdirect our empathy? Or does it instead serve as a chilling reminder that psychopaths can bear an uncanny resemblance to the rest of us? Weinman says, "What's been healthy about the, for want of a better word, true crime renaissance of the last few years is that it has favored more complex, more uncomfortable narratives that aren't necessarily binary. There's a lot more nuance and complication."

But, she adds, "I think it's helpful for everybody to go in remembering that there are real human beings at the center of these stories — and real human violence."