How the Trump administration is attacking the science behind global warming

The administration's move was foreshadowed by Trump's decision to pull the U.S. out of the Paris climate accord 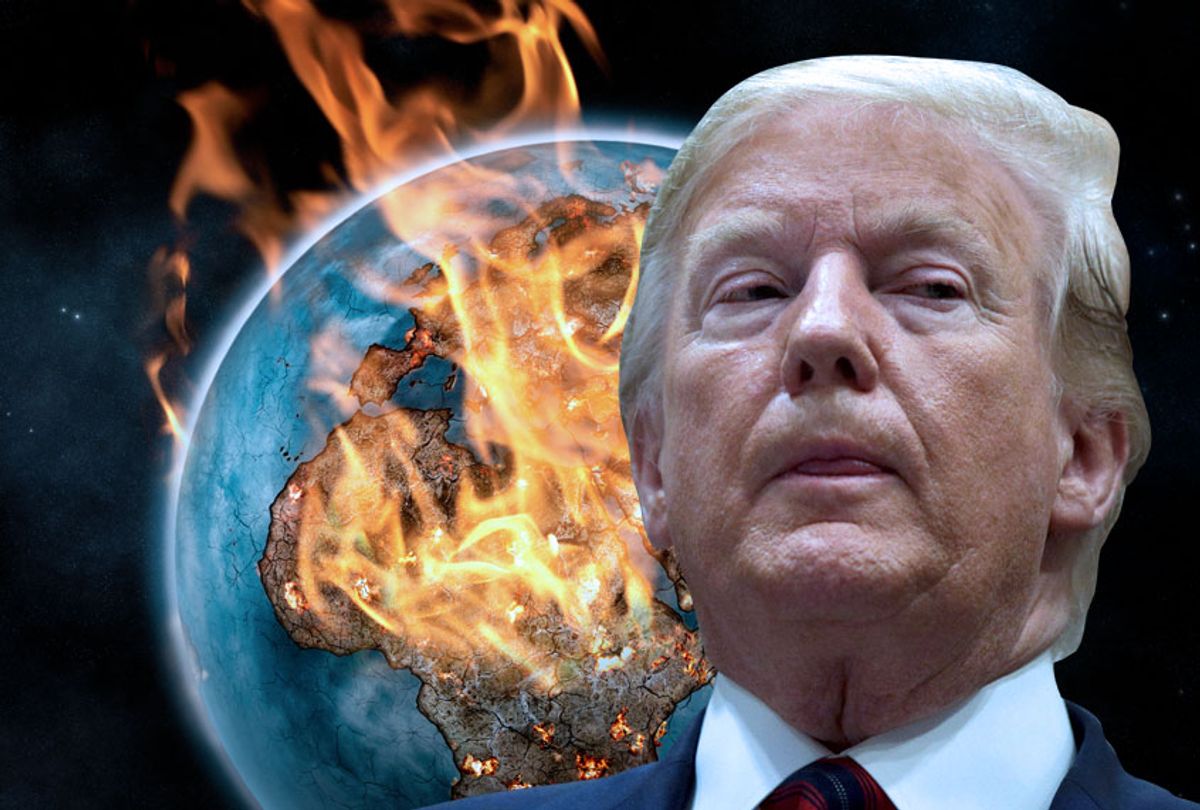 President Donald Trump administration has escalated its crusade against policies combatting climate change by attacking the science behind global warming.

One of the cornerstones of the administration's new climate change policy is ordering parts of the government to stop studying the effects of global warming on the future of the planet, and in particular, the state of the planet by the end of the century if humanity does not control its carbon dioxide emissions from burning fossil fuels, according to The New York Times.

Trump appointed former astronaut and petroleum geologist James Reilly to lead the U.S. Geological Survey, who in turn instructed his office to only use computer-generated climate models projecting the impact of climate change through 2040, thus abandoning the traditional practice of using models that stretch to the end of the century. And that is not the only major policy change Trump plans to implement regarding climate science.

As the Times reported, "In the next few months, the White House will complete the rollback of the most significant federal effort to curb greenhouse-gas emissions, initiated during the Obama administration. It will expand its efforts to impose Mr. Trump’s hard-line views on other nations, building on his retreat from the Paris accord and his recent refusal to sign a communiqué to protect the rapidly melting Arctic region unless it was stripped of any references to climate change."

The administration's move was foreshadowed by Trump's decision to pull the U.S. out of the Paris climate accord; his systematic decimation of the federal agencies responsible for protecting the environment, such as the Environmental Protection Agency (EPA), through funding cuts and staff reductions; and his administration's instruction to the EPA to significantly reduce its 2018 estimate that more than 1,400 people would die prematurely every year due to a proposed new rule on coal emissions.

Regarding that last policy Michael E. Mann, a distinguished professor of atmospheric science at Penn State University, told Salon by email last week that "this is a logical next step in the effort by Trump and the polluting interests that dictate his environmental policies to dismantle the environmental protections of the past half century put in place by past both Republican and Democratic presidents."

Ken Caldeira of the Carnegie Department of Global Ecology echoed those thoughts, telling Salon by email that "it is one thing for the Trump administration to decide that more people should be killed from particulate air pollution, because their lives are worth less than the money to be made from loosened regulations. It is another thing entirely to enter an Orwellian world, in which we pretend that the loosening of regulations will not result in more people dying. Trump complains about fake news, but then to justify his policies, his minions create fake science and then use it to create real policy."