The FBI and many Republicans want Congress to pass bills protecting the 2020 election. Mitch wants none of it 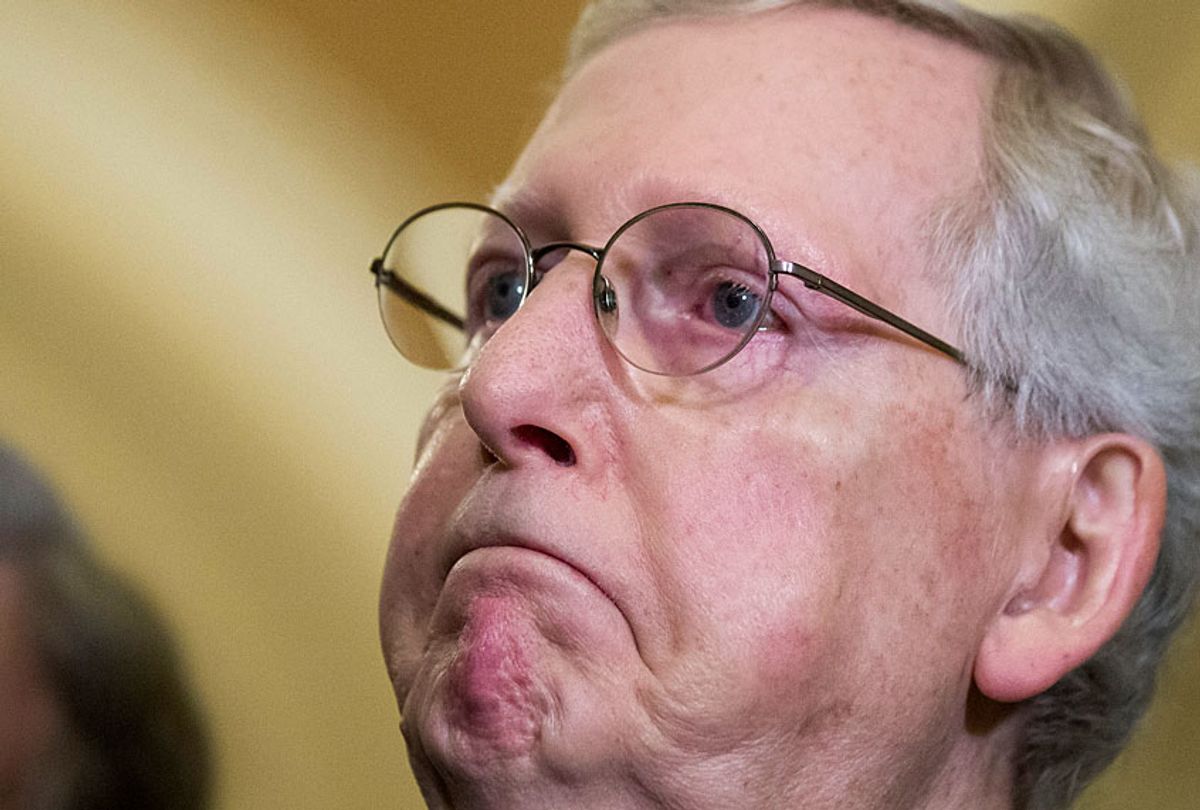 “I will close by reiterating the central allegation of our indictments — that there were multiple, systematic efforts to interfere in our election,” Mueller said Wednesday in his first public remarks since being appointed. “That allegation deserves the attention of every American.”

FBI Director Christopher Wray similarly told Congress earlier this month that “the threat just keeps escalating and we’re going to have to up our game to stay ahead of it.”

Even the Senate Judiciary Committee, led by tireless Trump defender Sen. Lindsey Graham, unanimously approved two bipartisan bills earlier this month aimed at deterring foreign actors from interfering in elections and making it a federal crime to hack into a state voting system.

But McConnell vowed to block the bills from being voted on by the full Senate.

“I think the majority leader is of the view that this debate reaches no conclusion,” Sen. Roy Blunt, R-Mo., a member of McConnell’s leadership team, said earlier this month, according to The Hill. “At this point I don’t see any likelihood that those bills would get to the floor.”

It’s a position that McConnell has taken before. During a hearing with Attorney General Bill Barr earlier this month, Sen. Amy Klobuchar, D-Minn., called out McConnell and the Trump administration for working in tandem to block the Secure Elections Act, an election security bill she co-sponsored with Sen. James Lankford, R-Okla.

Klobuchar said that the White House had called Republicans to urge them not to support the bill “and McConnell also didn’t want the bill to move forward, so it was a double-edged thing.”

Blunt this week acknowledged that it was McConnell who stopped the bill from advancing when it was mysteriously pulled just before the Rules Committee was scheduled to mark up the bill, according to Mother Jones.

Along with the Secure Elections Act, the Rules Committee has failed to take up other election security bills, including  the Protecting the Right to Independent and Democratic Elections (PRIDE) Act, the Protecting American Votes and Elections (PAVE) Act, and the Honest Ads Act. All three bills were reintroduced this year after they went nowhere during the last session, Mother Jones reported.

McConnell has also refused to bring HR 1 to a vote, a sweeping set of ethics and election reforms approved by the Democratic-led House of Representatives.

“Frankly, I think the extreme nature of HR 1 from the House makes it even less likely we are going to have that debate,” Blunt said.

McConnell’s opposition to stopping foreign interference goes back before the public was well aware of Russia’s attacks on the 2016 election.

Biden said that at that point he believed “the die had been cast” and that “this was all about the political play.”

Sen. Dick Durbin of Illinois, the No. 2 Democrat in the Senate, slammed McConnell and Republicans for playing politics with election security despite dire warnings from intelligence and law enforcement agencies.

"At the CIA and intelligence agencies, millions of dollars are being spent to stop the Russians from making a mess of the 2020 election,” Durbin said, according to The Hill. “But in the United States Senate we can’t bring a bill to the floor to even debate it.”