"I am confident we always did the right thing and complied fully with the law," Gillum says 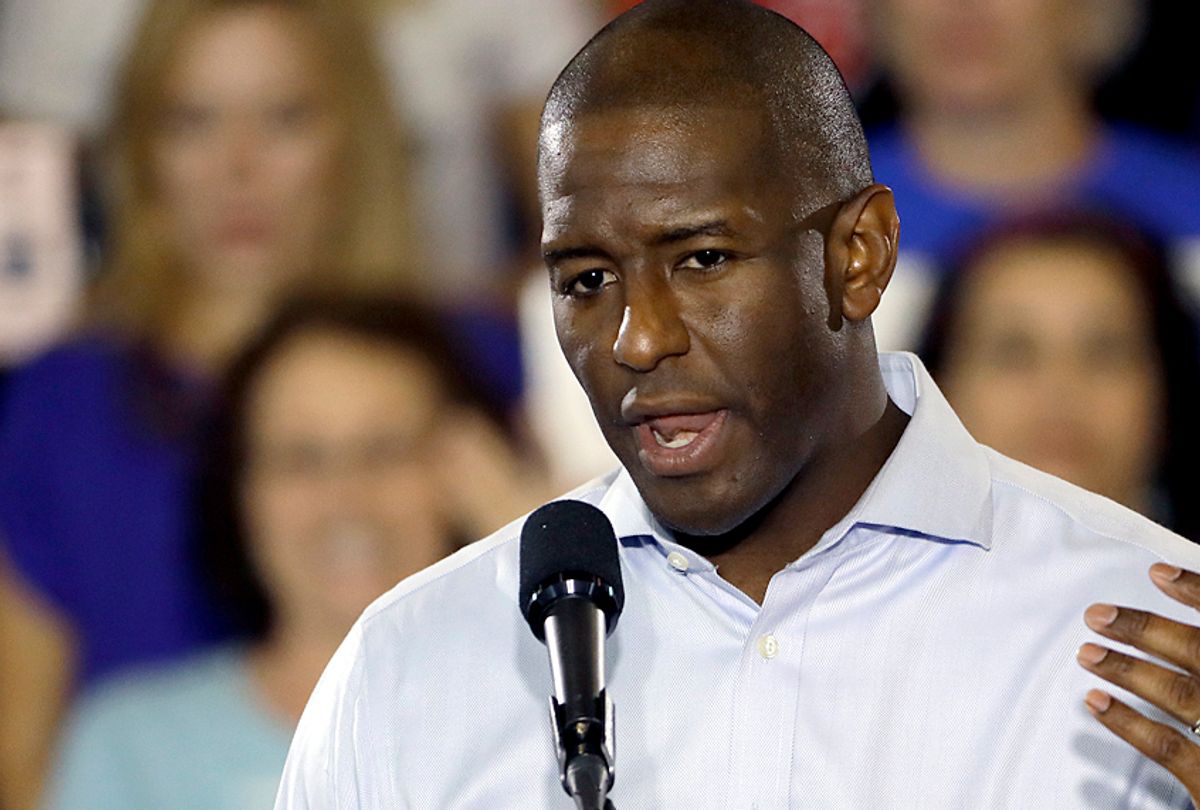 The Tampa Bay Times has obtained a copy of the subpoena, which is also asking for information on some people associated with the Florida Democrat — including John H. Jackson (president/CEO of the Schott Foundation for Public Education, a nonprofit Gillum worked for in the past), investor Donald Sussman (who donated $1.5 million to Gillum’s gubernatorial campaign) and Gillum adviser Sharon Lettman-Hicks (now president of the National Black Justice Commission).

The Florida gubernatorial election was among the most talked, closely watched races of the 2018 midterms. Gillum, now a CNN contributor, ran a decidedly progressive campaign, welcoming the support of Sen. Bernie Sanders and defeating the more centrist Gwen Graham in a Democratic primary but narrowly losing to far-right Republican Gov. Ron DeSantis in the general election.

When Gillum was running for governor last year, he asserted that he was not part of an extensive, ongoing FBI investigation of Tallahassee’s city government — telling the Tallahassee Democrat, “21-plus subpoenas have been issued, and not one of them has anything to do with me.” But the new subpoena the Tampa Bay Times has obtained a copy of specifically mentions Gillum’s 2018 gubernatorial campaign and people he has been associated with.

Although Gillum declined to discuss the specifics of the subpoena with the Tampa Bay Times, he did give the publication an official statement: “We stand ready to assist any future review of our work, because I am confident we always did the right thing and complied fully with the law.”

Florida’s 2018 gubernatorial race showed just how much of a swing state Florida is. DeSantis ran far to the right, stressing how supportive he is of President Donald Trump — while Gillum clearly ran to the left. The general election was so close that it required a recount. And the recount confirmed that Gillum did, in fact, lose to DeSantis, although not by much.