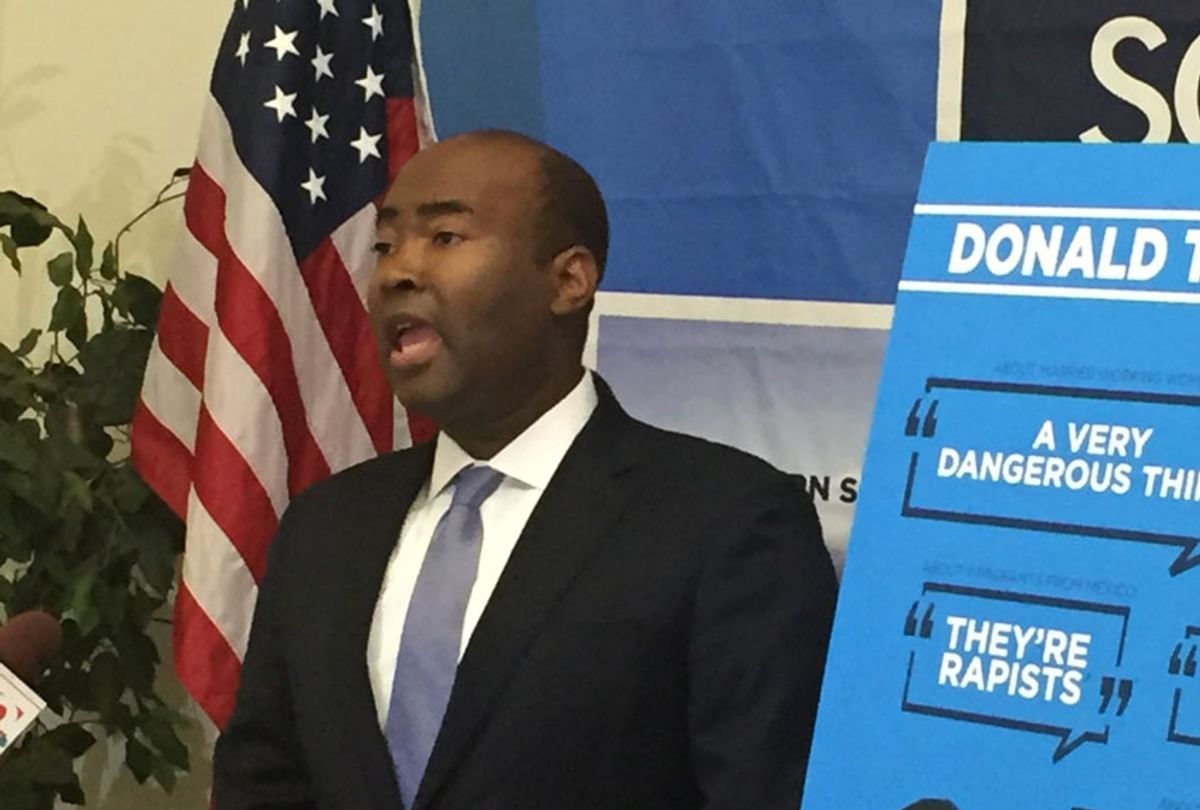 Harrison announced on Twitter that his campaign raised $270,000 in the first 24 hours of launching his bid, with an average contribution of $29.

Harrison is a former aide to Rep. James Clyburn and the former chairman of the South Carolina Democratic Party. He serves as an associate chairman of the Democratic National Committee after losing his race to become DNC chair in 2017.

Harrison announced his campaign to “Send Lindsey Home” Wednesday, seeking to become the first South Carolina Democrat elected to the Senate since 1998.

Harrison launched his campaign with a video mocking Graham’s subservience to President Trump, splicing clips of Graham ripping Trump as a “race-baiting, xenophobic religious bigot” prior to his election — and then insisting that Trump “deserves the Nobel Peace Prize and then some” after his election.

“Here’s a guy who will say anything to stay in office,” Harrison said in the video. “Lindsey Graham can’t lead us any direction because he traded his moral compass for petty political gain.”

There's no question that Harrison faces a steep challenge. Graham won his 2014 race by 16 points. South Carolina is an overwhelmingly Republican state, which Trump won by 14 points in 2016.

Harrison told the Washington Post that he believes Graham’s re-election in 2020 is “not a slam dunk” because of his strong allegiance to Trump.

“The refrain these days is: What’s happened to Lindsey?” Harrison said. “He’s won in the past with a coalition of country club Republicans, independents and some moderate or conservative Democrats. But he’s lost some of those middle-of-the-road voters.”

Graham also has not faced stiff competition from the state’s Democrats in his races. The Charleston City Paper touted Harrison as Graham’s “highest-profile” and “most formidable” challenger to date.

Harrison, who grew up poor in Orangeburg, South Carolina, before working his way to a scholarship to Yale University and a law degree from Georgetown, worked for Clyburn as a legislative aide and for the Podesta Group, a lobbying firm founded by Clinton ally John Podesta. He went on to become the first black chairman of South Carolina's Democratic Party.

Harrison told the New York Times that the state’s changing demographics will lift his campaign.

“South Carolina is changing, reverse migration is taking place. A lot of the black folks who used to be in Ohio and Chicago and all those places, they’re coming back home to the South,” Harrison told the Times. “You see that in Atlanta, and Charleston, and Charlotte, and all across the South. You see the explosion of the Latino population.”

Harrison has quickly become a favorite of Washington Democrats, even as Gloria Bromell Tinubu, a former Democratic candidate for Congress and lieutenant governor, mounts her own bid.

Bromell Tinubu, a former college professor, told The State that she is not surprised to see national Democrats “would get behind a former lobbyist connected to big money.”

Harrison rejected criticism of his lobbying past — which has included work for coal companies, tobacco giants, and large banks, according to a HuffPost report.

“I don’t think there’s anything I’m embarrassed about,” Harrison told the outlet. “You don’t have very many options when you graduate from law school with $160,000 of student loan debt and want to take care of your grandma. That is how I take care of my family ... I don’t come from a lot of money.”

Harrison added: “The question I have for a lot of Democrats is, ‘Are we condemning people who can break out of poverty, or do we have to do the jobs that we deem are appropriate to do?’”