DeWayne Craddock, the suspect in the Virginia Beach shooting, resigned as a government engineer before the massacre 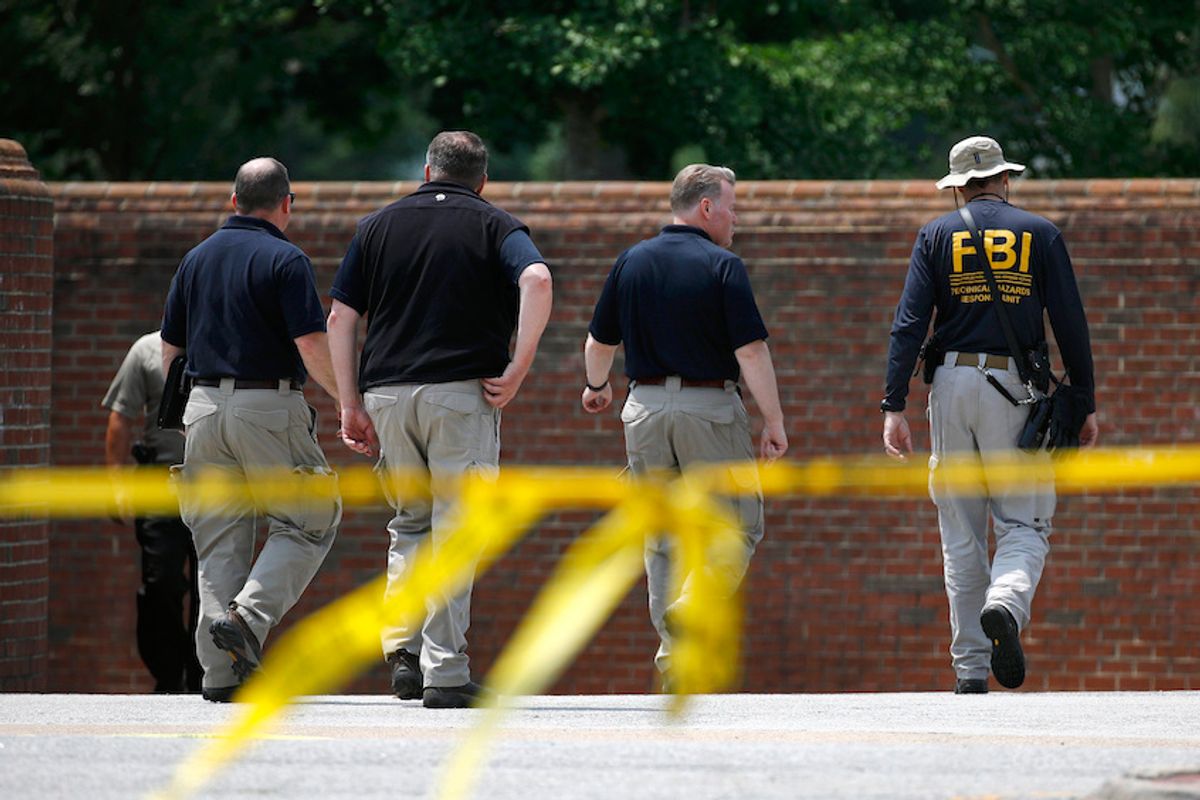 Law enforcement officials walk down a ramp to enter a municipal building that was the scene of a shooting, Sunday, June 2, 2019, in Virginia Beach, Va. DeWayne Craddock, a longtime city employee, opened fire at the building Friday before police shot and killed him, authorities said. (AP Photo/Patrick Semansky) (AP/Patrick Semansky)
--

The man suspected of committing a mass shooting at a Virginia Beach municipal office building on Friday afternoon is reported to have submitted his resignation from an engineering job only hours earlier.

DeWayne Craddock, the man suspected of shooting 12 people at the office (including 11 of his former colleagues), sent an email on Friday announcing that he intended to quit his job, according to The New York Times.

"He notified his chain of command that morning," Virginia Beach City Manager David L. Hansen said on Sunday, pointing out that Craddock had not been forced to resign and that investigators have not yet succeeded in retrieving a copy of his resignation email. It is unclear whether there was any direct connection between his resignation and subsequent decision to commit the mass shooting.

The 11 city workers who were killed during the shooting had collectively worked in the Virginia Beach city government for over 150 years. They included LaQuita Brown, Tara Welch Gallagher, Alexander Mikhail Gusev, Michelle "Missy" Langer, Katherine A. Nixon, Robert Williams, Ryan Keith Cox, Mary Louise Gayle, Joshua O. Hardy, Richard H. Nettleton and Christopher Kelly Rapp. A twelfth individual, contractor Herbert Snelling, was at city hall to seek a permit and was also killed during the shooting. Craddock himself was eventually killed after engaging in a gun battle with four police officers who arrived at the scene of the shooting.

As of Sunday four other people who had been injured during the shooting were listed as being in critical condition.

Since the Friday shooting, it has been learned that Craddock worked for Virginia Beach for roughly 15 years and had received training as an engineer. Aside from traffic violations, he did not have any history with the criminal justice system. He owned two handguns that he had legally purchased in 2016 and 2018, and federal investigators announced that two more handguns were discovered during a search of his apartment and at least one of those had also been purchased legally.

CNN reported one chilling anecdote about Craddock acting entirely normal with a colleague before carrying out the mass shooting.

Joseph Scott, an engineering technician, said he exchanged pleasantries with the quiet, 40-year-old certified professional engineer for the city in the bathroom shortly before the carnage.

Scott went home for the day. There was no sign of what was to come.

Although the Virginia Beach shooting is yet another example of a high-profile mass shooting to occur in the United States, Republican politicians and other pro-gun advocates have resisted calls for stricter anti-gun laws to reduce the frequency of these types of tragedies.

Mulvaney added, "You have laws on the books that make murder illegal, yet they still do it. Laws are not going to fix everything."