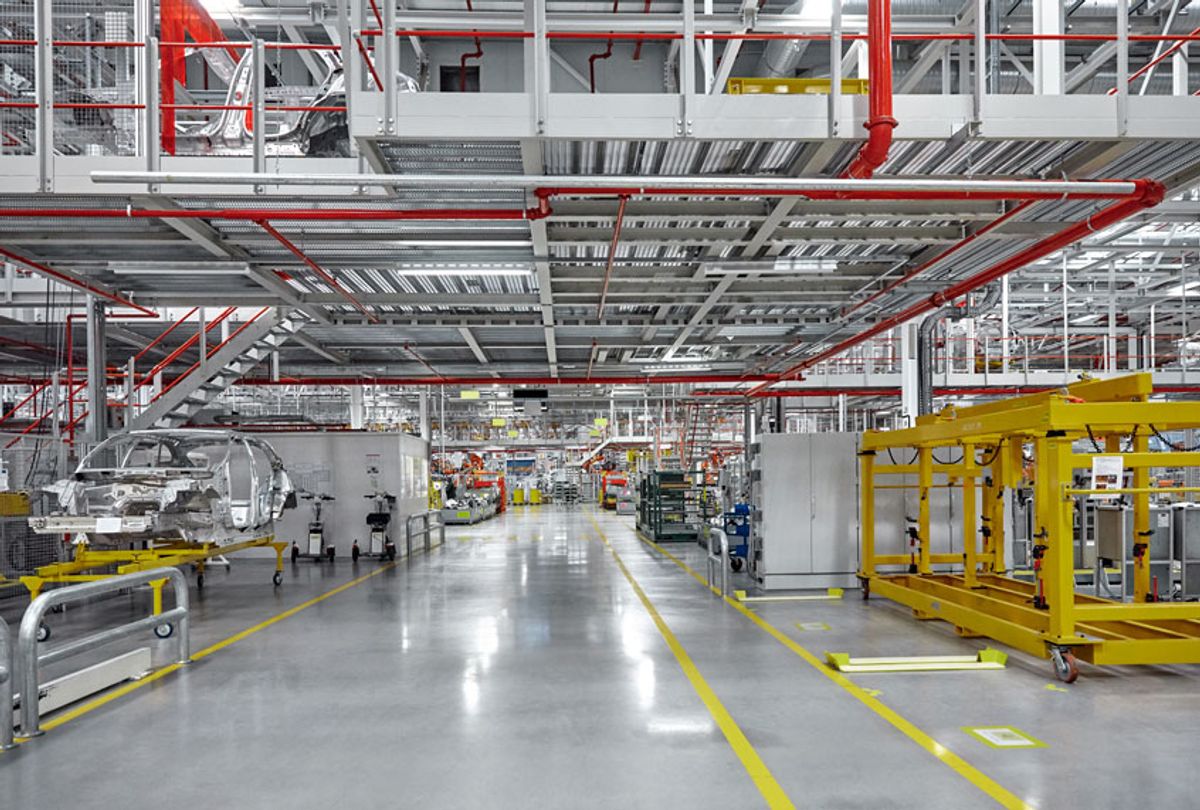 Manufacturing in the United States fell to its lowest level since President Donald Trump took office, according to two industry analyses.

The U.S. Manufacturing Purchasing Managers Index fell to its lowest level in April since October 2016, according to the Institute for Supply Management. The ISM survey also found that its factory employment index had fallen by 11 percent since October 2016 and factory output fell to its lowest point since August 2016, Reuters reported. A separate survey by IHS Markit also found that May was the “toughest month in nearly 10 years” for American manufacturers, IHS economist Chris Williamson told Bloomberg News, adding that the reduced production will also be a “further drag on GDP.”

Business owners were quick to point to Trump’s trade wars with China and other countries as the leading cause for the slump in American manufacturing, which Trump claimed he would restore to its glory days.

"Newly increased tariffs on Chinese imports pose an issue on a number of chemicals and materials that are solely produced in China," one respondent said in the Institute for Supply Management Survey.

"The threat of additional tariffs has forced a change in our supply chain strategy; we are shifting business from China to Mexico, which will not increase the number of U.S. jobs," said another respondent.

Economists said that Trump’s tariffs were clearly responsible for the manufacturing slide.

"The sector can't thrive when it's being hit by new taxes at random every few weeks," Ian Shepherdson, the chief economist at Pantheon Macroeconomics, told Reuters.

With manufacturers already reeling in April, Trump announced in May that he would impose tariffs on all Mexican imports if that country does not stop the flow of immigrants to the border. He has also threatened to increase tariffs on China.

“This isn’t about macro, it’s about the whims of a president who understands very little about how the economy actually works,” Shepherdson said.

The severe slump in manufacturing is one of many warning signs that show that Trump’s economic policies have been disastrous for consumers and businesses alike.

Federal Reserve Bank of St. Louis President James Bullard said Monday that the Fed may have to cut interest rates to kickstart stalling growth caused by the uncertainty of the trade wars, The Wall Street Journal reported.

Bullard said the Fed “faces an economy that is expected to grow more slowly going forward, with some risk that the slowdown could be sharper than expected due to ongoing global trade regime uncertainty.”

JP MorganChase increased its estimate of the likelihood that the U.S. will fall into a recession this year to 40 percent, up from 25 percent just a month earlier. Economists at Morgan Stanley warned that the nation will likely fall into recession within nine months if Trump plows ahead with his threat to impose massive tariffs on all Chinese imports.

Despite the damage already done, Trump has threatened to impose tariffs of up to 25 percent on all goods coming from Mexico if the country does not stop Central American migrants from reaching the U.S. border. A Tax Foundation analysis found that this would amount to the biggest tax hike on Americans in three decades.

The Tax Foundation, as well as another study from Trump’s alma mater, the Penn Wharton School of Business, found that Trump’s proposed new tariffs would completely wipe out any gains from his 2017 tax cut for low- and middle-income workers, the New York Times reported.

“Ultimately, the tariffs make all consumers worse off,” senior Penn Wharton economist Richard Prisinzano told the Times. “The question is how much worse off.”