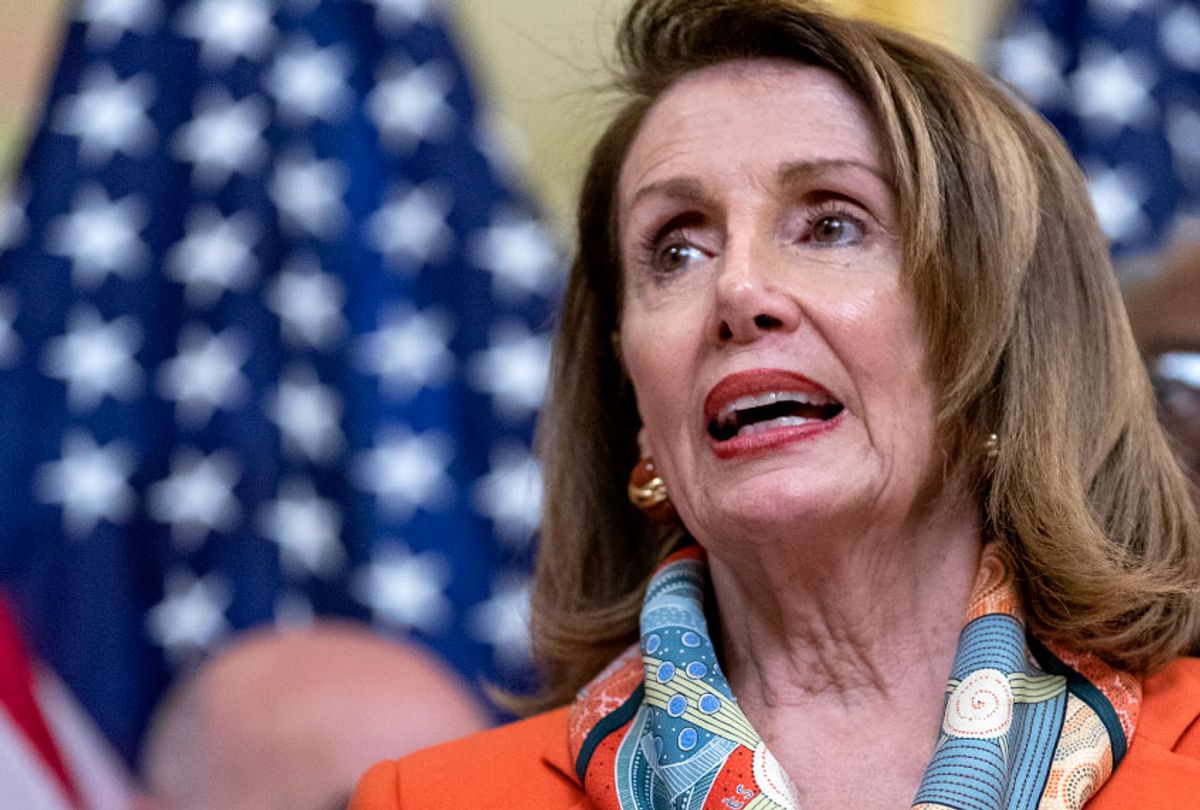 Speaker of the House Nancy Pelosi, D-Calif., once again clashed with House Judiciary Chairman Jerry Nadler, D-N.Y., and other top Democrats this week over whether to begin impeachment proceedings against President Donald Trump, reportedly exclaiming: "I don't want to see him impeached, I want to see him in prison."

Pelosi made the remark during a closed-door meeting Tuesday night with Nadler and other senior members of her party, who are currently pursuing a host of investigations against the Trump administration, Politico reported Wednesday. Nadler and key Democrats have been confronting divisions over whether the party should launch an impeachment inquiry against Trump, with some lawmakers arguing that impeachment is the only way to get the administration to cede to their oversight demands.

Nadler, whose committee has the power to initiate an impeachment inquiry, reportedly pressed Pelosi to allow him to move ahead and begin proceedings against Trump — the second such effort he has made in recent weeks, only to be rebuffed by the speaker each time.

Pelosi reportedly remained firm, reiterating during the meeting that she was not open to launching an impeachment inquiry against Trump at this time. She has long argued that a rush to impeachment does not have public support or strong bipartisan backing, warning that moving forward with proceedings could cost the Democrats the presidency and control of the House of Representatives in 2020.

Politico obtained details of the meeting through several sources, who were familiar with the discussions.

The meeting is the latest evidence of heightening tensions within the Democratic Party over how to conduct their oversight efforts over the Trump administration. Calls to open impeachment proceedings against the president have increased in recent weeks — especially following special counsel Robert Mueller's televised press conference at the Department of Justice late last month, in which he explained why his team of investigators did not bring any criminal charges against Trump.

"If we had confidence that the president clearly did not commit a crime, we would have said so," Mueller said in his public remarks, adding that charging Trump with a crime was "not an option" he could consider due to Justice Department guidelines that prevent a sitting president from being indicted.

Mueller's public remarks — his first and only since he completed his nearly two-year investigation into Russian election interference in the 2016 election, alleged ties between the Trump campaign and Moscow and whether the president obstructed justice — appeared to add fuel to the Democrats' debate over impeachment, with some lawmakers viewing his comments as a call to action or a green light to launch such an inquiry.

Mueller wrapped up his nearly two-year investigation in late March, which did not find that Trump's campaign and Russia colluded to influence the outcome of the 2016 election. The special did not reach a conclusion on whether the president had attempted to obstruct justice, but he did not exonerate him. Mueller detailed at least ten instances of possible obstruction by Trump in his report.

Some Democrats have pointed to Mueller's report as evidence that they should mount a more aggressive stance toward impeachment, while others, Pelosi included, have touted a more cautious approach, arguing that opening an impeachment inquiry could drown the Democratic Party's message and weaken its legislative agenda. Other lawmakers have said they fear impeachment would only embolden Trump and his supporters ahead of next year's election.

Pelosi on Wednesday sought to minimize any public notion that there was disagreement within her caucus over impeachment strategy, declaring that "there is no controversy" between lawmakers over the move.

In an interview with CNN later that day, Nadler gave his own account, telling host Wolf Blitzer "it may come" to impeachment eventually. At the same time, he dodged questions about any division within the party.

"When that decision has to be made, it will be made not by any one individual. It will be made probably by the caucus as a whole," he said. "Certainly, Nancy will have the largest single voice in it."