In his report, the special counsel identified ten documented episodes of possible obstruction by the president 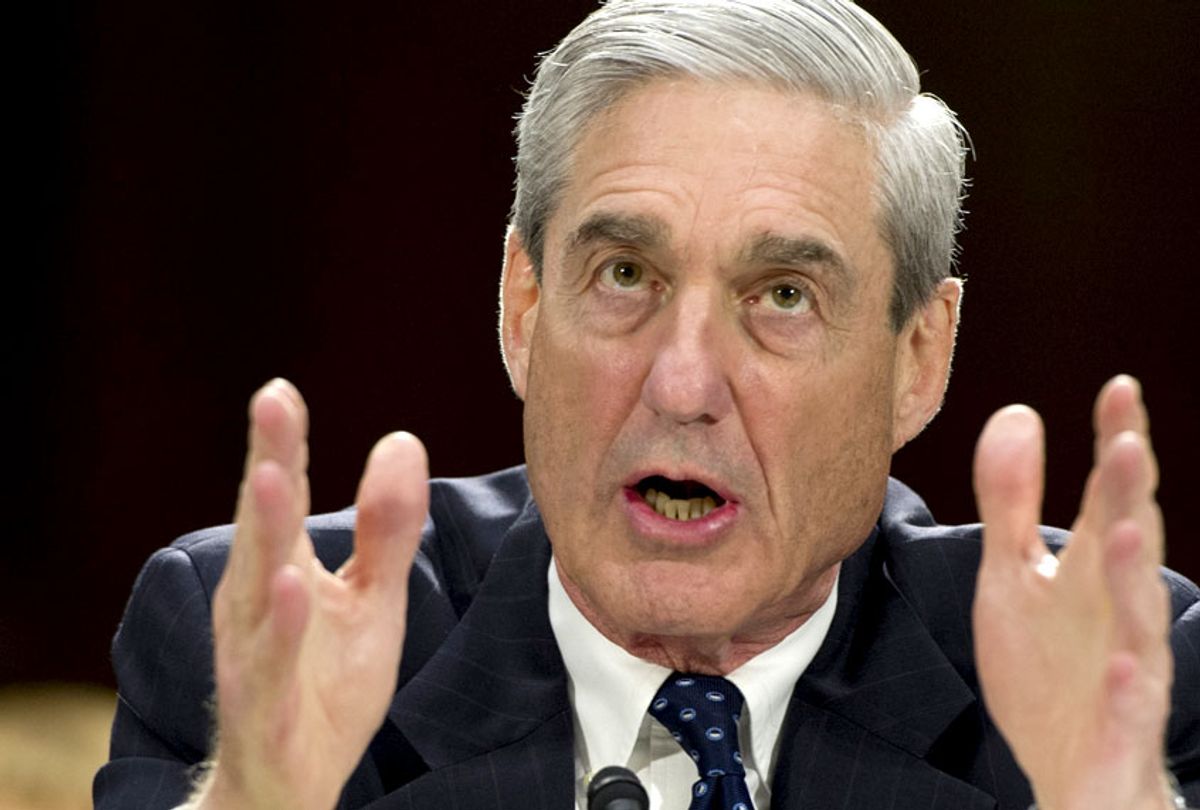 Special counsel Robert Mueller was not able to clear President Donald Trump of obstructing justice in his nearly two-year investigation into foreign interference in the 2016 presidential election.

"The evidence we obtained about the president's actions and intent presents difficult issues that prevent us from conclusively determining that no criminal conduct occurred," Mueller wrote in his report covering his wide-ranging probe into allegations of collusion between Trump's campaign and Russia during the 2016 election and whether the president himself obstructed the inquiry.

"Accordingly, while this report does not conclude that the president committed a crime, it also does not exonerate him," the special counsel added.

Since Mueller wrapped up his investigation late last month, a central question facing the Department of Justice has been why Mueller's team decided to punt on whether Trump obstructed justice or not. The decision was complicated, the report said, by two key factors: Under decades-old guidelines by the department's Office of Legal Counsel, a sitting president cannot be indicted and put on trial, and a criminal charge against a sitting president would "place burdens on the president's capacity to govern and potentially preempt constitutional processes for addressing presidential misconduct."

A redacted version of the special counsel's 448-page report was published Thursday on the Justice Department's website, shortly after Attorney General William Barr held a press conference with his deputy, Rod Rosenstein, about Mueller's findings. Barr revealed that the pair "disagreed with some of the special counsel's legal theories and felt that some of the episodes did not amount to obstruction as a matter of law," although they accepted Mueller's "legal framework."

Mueller, in his report, identified ten documented episodes of possible obstruction by Trump. In one, the special counsel detailed a previously unknown example of Trump's attempt to push his former campaign manager, Cory Lewandowski, to undermine the probe.

On June 19, 2017, Trump met one-on-one in the Oval Office with Lewandowski, who was not a White House employee at the time of the meeting, and dictated a message for him to give to then-Attorney General Jeff Sessions, who at that point had recused himself from matters involving the investigation. According to the report, Sessions was told to publicly announce that notwithstanding his recusal from the probe, the investigation was "'very unfair' to the president, the president had done nothing wrong, and Sessions planned to meet with the special counsel and 'let [him] move forward with investigation election meddling for future elections.'" Lewandowski told Trump he understood those instructions.

A month later, at another private meeting, Trump asked Lewandowski for an update on the status of his message for Sessions "to limit the special counsel's investigation to future election interference." Lewandowski, according to the report, "told the president that the message would be delivered soon." Ultimately, the report states, "Lewandowski did not want to deliver the president's message personally, so he asked senior White House official Rick Dearborn to deliver it to Sessions. Dearborn was uncomfortable with the task and did not follow through."

Mueller noted that on June 17, 2017, after news reports indicated the special counsel was investigating whether Trump had obstructed justice, the president called McGahn at home and directed him to call acting Attorney General Rod Rosenstein to say that Mueller "had conflicts of interest and must be removed." McGahn declined to do so, deciding that he would "rather resign than trigger what he regarded as a potential Saturday Night Massacre."

In the report, Mueller said Trump's efforts to obstruct the investigation failed "largely because the persons who surrounded the President declined to carry out orders or accede to his requests."

"[James] Comey did not end the investigation of [Michael] Flynn, which ultimately resulted in Flynn's prosecution and conviction for lying to the FBI. [Don] McGahn did not tell the acting attorney general that the special counsel must be removed, but was instead prepared to resign over the president's order. Lewandowski and Dearborn did not deliver the president's message to Sessions that he should confine the Russia investigation to future election meddling only. And McGahn refused to recede from his recollections about events surrounding the president's direction to have the special counsel removed, despite the president's multiple demands that he do so," the report said. "Consistent with that pattern, the evidence we obtained would not support potential obstruction charges against the president's aides and associates beyond those already filed."

The special counsel also noted that Trump's public comments could be considered obstructive because of his "power to influence."

"While it may be more difficult to establish that public-facing acts were motivated by a corrupt intent, the president's power to influence actions, persons and the events is enhanced by his unique ability to attract attention through use of mass communications. And no principle of law excludes public acts from the scope of obstruction statutes," the report stated.

He added, "Although the series of events we investigated involved discrete acts — e.g. the president's statement to Comey about the Flynn investigation, his termination of Comey and his efforts to remove the special counsel — it is important to view the president's pattern of conduct as a whole. That pattern sheds light on the nature of the president's acts and the inferences that can be drawn about his intent."