On June 6th, a report was released that detailed Trump and the GOP's complicity in the ultra-rich's money hoarding. 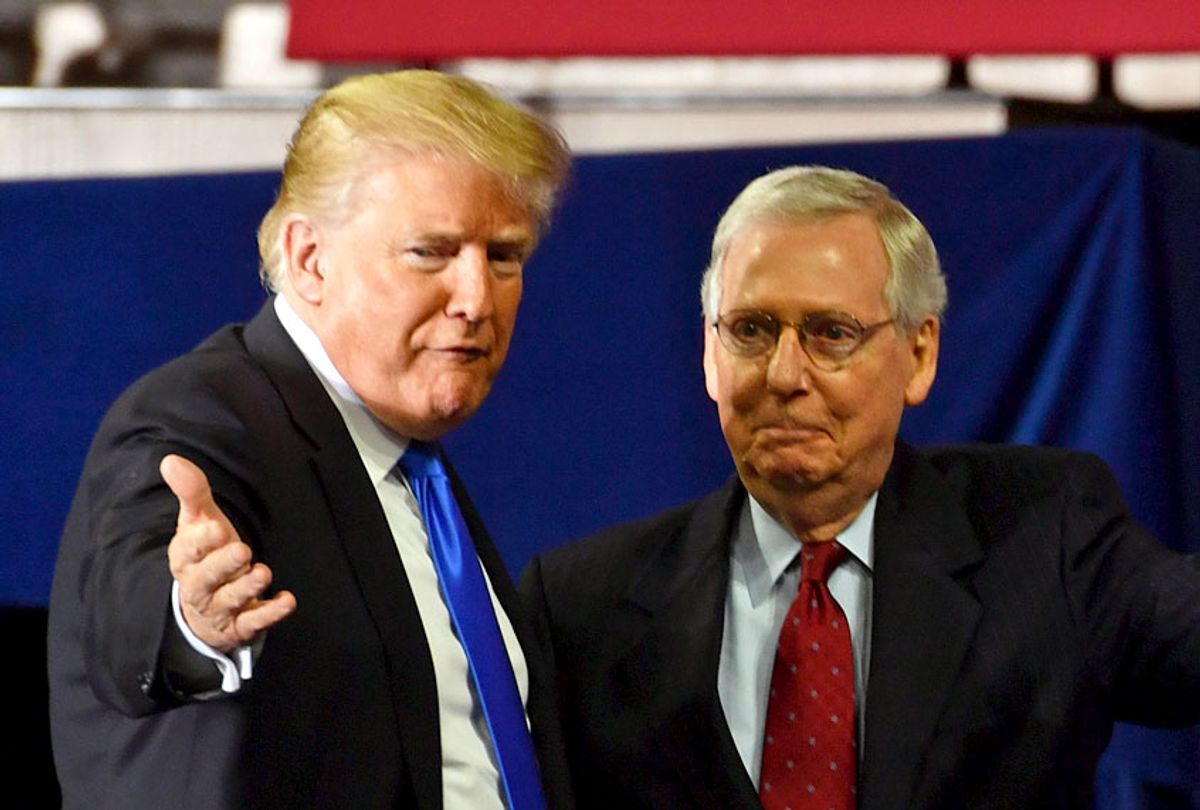 On the 75th anniversary of D-Day, many journalists are discussing the conditions that led to the carnage and widespread destruction of World War II. One of the key factors was wealth inequality, which certainly hasn’t gone away. Although the Great Recession is over and unemployment is way down in the United States, the divide between the haves and have-nots is a huge problem in 2019 — and Axios’ Dion Rabouin, in a June 6 report, describes the ways in which the ultra-rich have been hoarding their enormous profits.

“A truly bizarre trend is having an impact on the economy: wealthy people and corporations have so much money they literally don’t know what to do with it,” Rabouin reports, adding that “growing income inequality is fueling voter discontent” while “the top 1% of earners and big companies are holding record levels of unused cash.”

In 2018, Rabouin observes, “U.S. companies raked in a record $2.3 trillion in corporate profits.” And Rabouin adds that instead of choosing to “reinvest much of it into their businesses,” large corporations  are “hoarding it in cash and buying back stock.”

Rabouin quotes Neil Shearing, chief economist at Capital Economics, as saying “half-jokingly” that while companies could pay employees more, “that would be terrible for the stock market.”

The Axios reporter notes, “The top 1% of U.S. households are holding a record $303.9 billion of cash, a quantum leap from the under $15 billion they held just before the financial crisis.”

Rabouin also discusses the GOP’s Tax Cuts and Jobs Act of 2017, writing that it “exacerbated these issues, slashing the share of U.S. taxes that companies paid to its lowest level in at least half a century and provided companies even more capital for buybacks, dividends and executive compensation.” And money that could be spent on “projects like schools, health care and infrastructure is instead sitting in corporate accounts earning little to no return.”