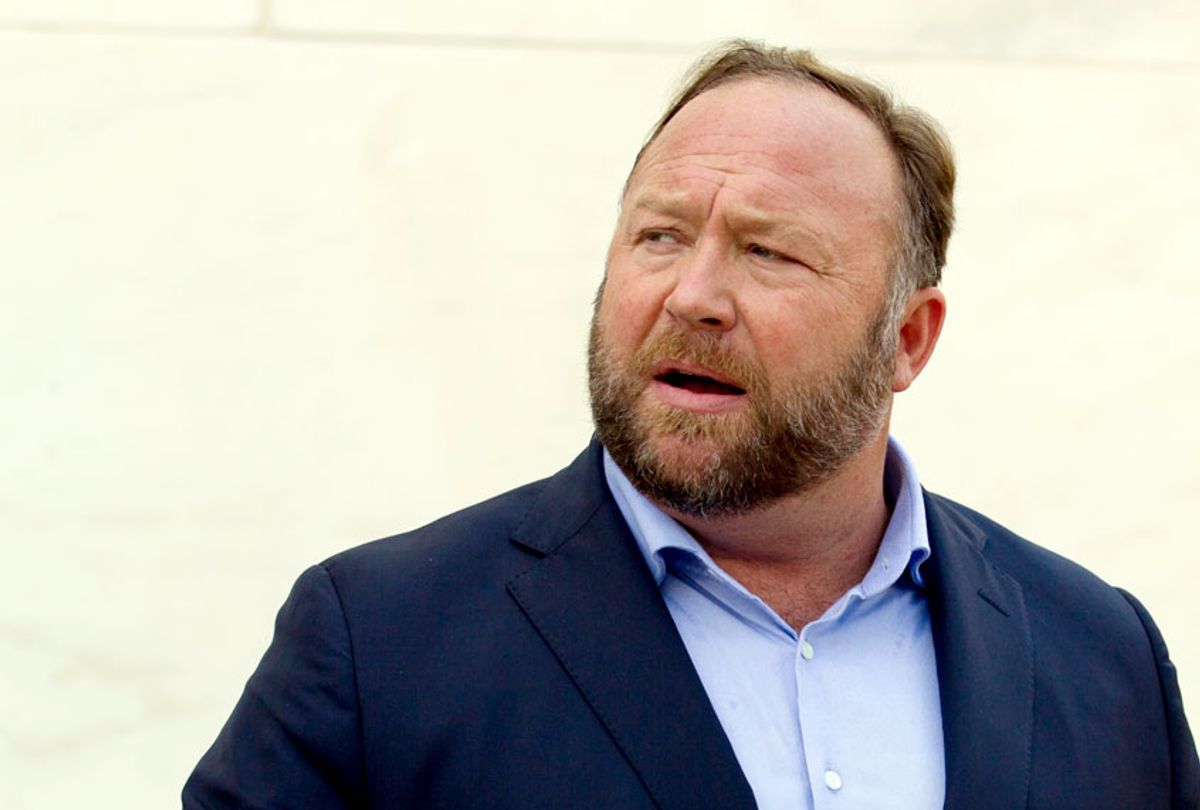 The far-right conspiracy theory website Infowars on Monday settled a lawsuit filed by the creator of Pepe the Frog, cartoonist Matt Furie.

Furie filed a lawsuit against Infowars after it sold a poster with Pepe the Frog next to images of President Donald Trump and Infowars founder and star Alex Jones, according to the New York Times. The settlement requires Infowars to hand over to Furie all of the profits earned from selling the poster, a total of $14,000, as well as to donate an additional $1,000 to an amphibian conservation charity called Save the Frogs.

This lawsuit was part of Furie's larger campaign to take back Pepe the Frog after his creation was successfully co-opted by the alt-right as a mascot for their cause. During the 2016 presidential election, Pepe the Frog frequently appeared on alt-right Reddit forums, as well as websites associated with neo-Nazis and white nationalists.

In a face-saving statement, Infowars' Paul Joseph Watson posted an article about the settlement, which attempted to characterize it as a victory for their website:

The corporate press will undoubtedly frame this as a victory for Furie. It wasn’t. The result clearly represents a strategic victory for Alex Jones.

The Pepe creator and his legal team – Hillary Clinton’s law firm – were looking for a jury trial and over $2 million dollars in damage, but ended up with a relatively tiny settlement. Jones also saved hundreds of thousands in potential legal fees.

According to lawyer Robert Barnes, acting on behalf of Free Speech Systems, Furie “may have spent over a million in legal fees,” rendering the eventual outcome a huge defeat for the Pepe creator.

Furie’s argument was probably not helped by the fact that in a 2015 interview with the Daily Dot about Pepe the Frog, he openly invited anyone to “profit off of” his creation.

When the lawsuit was first filed last year, Jones took a defiant stance. In a December deposition, he argued that "it’s about the First Amendment, and it’s about free speech. That’s why I’m doing this. I don’t want Pepe. I don’t want anywhere near it. I hate it. I can’t sit here and be called a white supremacist, because I sold the damn poster and be defamed."

While Jones has attempted to characterize this as a First Amendment issue, it has been about Furie attempting to reclaim an artistic creation, which was used in a way that grotesquely distorted its original purpose. According to a Kickstarter page that he founded in 2017 in his attempt to reclaim the frog, Furie aimed to take the character back to the days when he was a "blissfully stoned frog" who "enjoyed a simple life of snacks, soda and pulling his pants all the way down to go pee."

He added, "We understand there's no way to fully control the internet or how people decide to use Pepe the Frog. Trying to control that would be a completely unreasonable goal. That said, the aim of this project is to positively resurrect Pepe through the creation of a brand new comic in the spirit of the original BOY'S CLUB."