Former Virginia attorney general Ken Cuccinelli has a long history of hateful comments. Almost no one supports him 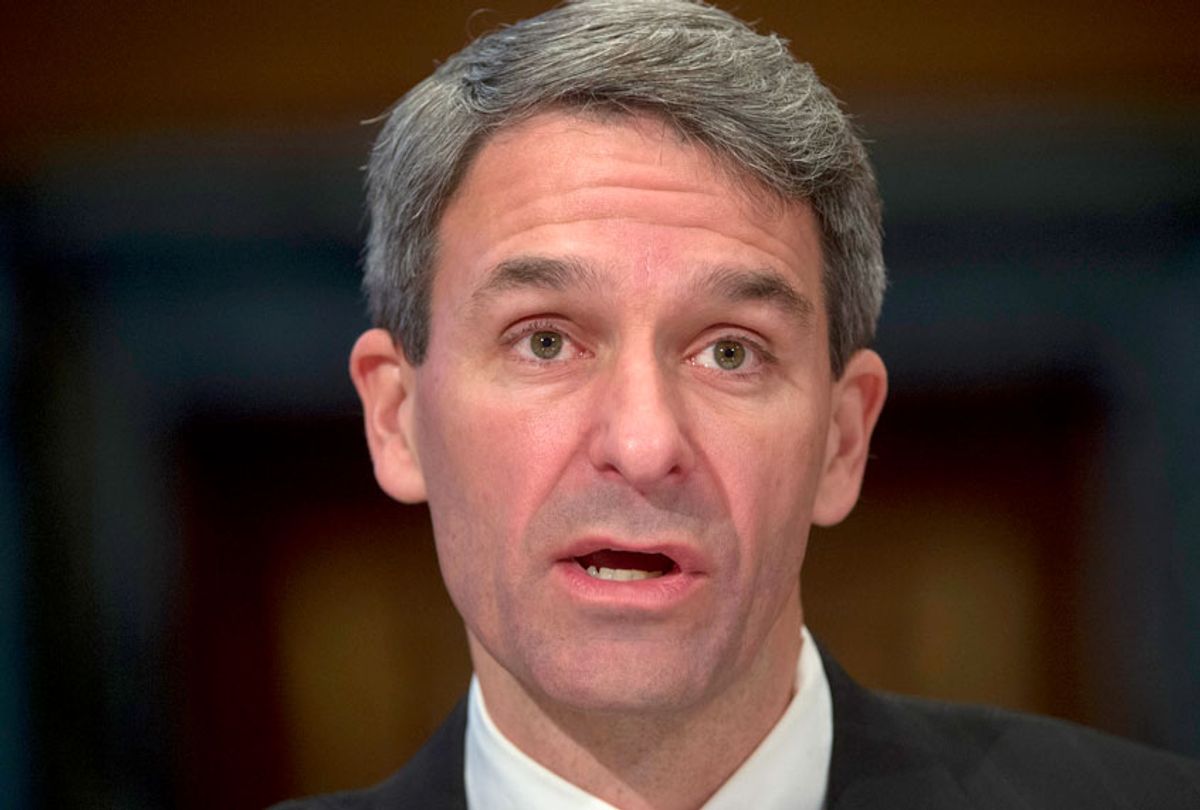 President Trump has selected far-right immigration critic Ken Cuccinelli as the new acting director of U.S. Citizenship and Immigration Services despite opposition from both Democrats and Republicans.

Cuccinelli, the former Virginia attorney general and failed gubernatorial candidate, will head the 19,000-employee agency responsible for overseeing requests for citizenship, green cards and visas, at least in an acting capacity. Senate Republicans have warned that he may not be confirmed to the position on a permanent basis.

Cuccinelli told the agency in an email obtained by The Daily Beast that he will work to “address challenges to our legal immigration system,” address what he called “the crisis” at the border, and “work to find long-term solutions to close asylum loopholes that encourage many to make the dangerous journey into the United States so that those who truly need humanitarian protections ...  receive them.”

Cuccinelli, who has frequently appeared on cable news shows, has a long history of anti-immigrant comments.

Cuccinelli compared immigrants to “rats” while running for Virginia governor in 2012. He wrote in 2010 that police should be able to racially profile anyone based on “reasonable suspicion” that person is in the country illegally. In 2008, he proposed a law that would allow employees to be fired for not speaking English and “disqualified from receiving unemployment compensation benefits.” Another bill he proposed would have allowed companies to sue competitors they believed employed undocumented immigrants.

Cuccinelli even pushed one of Trump’s favorite immigration proposals in 2008, proposing a constitutional convention to change the 14th Amendment to “clarify specifically that a person born to a parent who is a U.S. citizen is also a citizen of the United States” and exclude the U.S.-born children of undocumented immigrants.

After Trump’s election, Cuccinelli called for militarizing the border and blocking all immigrants from Central America.

Despite his hardline position on immigration, Cuccinelli was fiercely critical of Trump during the 2016 election. Cuccinelli, who backed Texas Sen. Ted Cruz, threw his Republican National Convention credentials on the floor in disgust when officials refused to allow a vote to challenge Trump’s nomination.

Republicans said he likely could not be confirmed to the position permanently because of his criticism of Trump and other Republicans. In 2014, Cuccinelli tried to unseat Senate Majority Leader Mitch McConnell by backing his primary opponent. He also ran a group that aspired to recruit far-right primary challengers against Republican incumbents.

McConnell cited Cuccinelli by name when he was asked in April about potential candidates to be the new immigration chief.

“I have expressed my, shall I say, lack of enthusiasm for one of them … Ken Cuccinelli," McConnell said at the time.

“He’s made a career of attacking other Republicans and frankly attacking President Trump, so I doubt he’ll have the support to get confirmed,” Cornyn said.

As a result of Republican opposition, Trump has not formally nominated Cuccinelli to the position.

Immigration activists expressed very different concerns, noting that Cuccinelli may use his position to push the immigration agency even further to the right. Under former USCIS chief Lee Francis Cissna, the agency removed the words “a nation of immigrants” from its mission statement and began closing international offices. Even that was not enough to save Cissna's job during a recent purge of Homeland Security officials led by hardline immigration foe and Trump aide Stephen Miller.

"It has become clear that the goal of this administration is to end immigration altogether,” she said. “How better to do that then by appointing as the leader of USCIS someone who knows nothing about immigration, Adjustment of Status or Naturalization, and whose sole purpose is to destroy the agency that grants these benefits?”