Trump threatens YouTube with regulation for banning fascists. But the coal industry can do whatever it wants 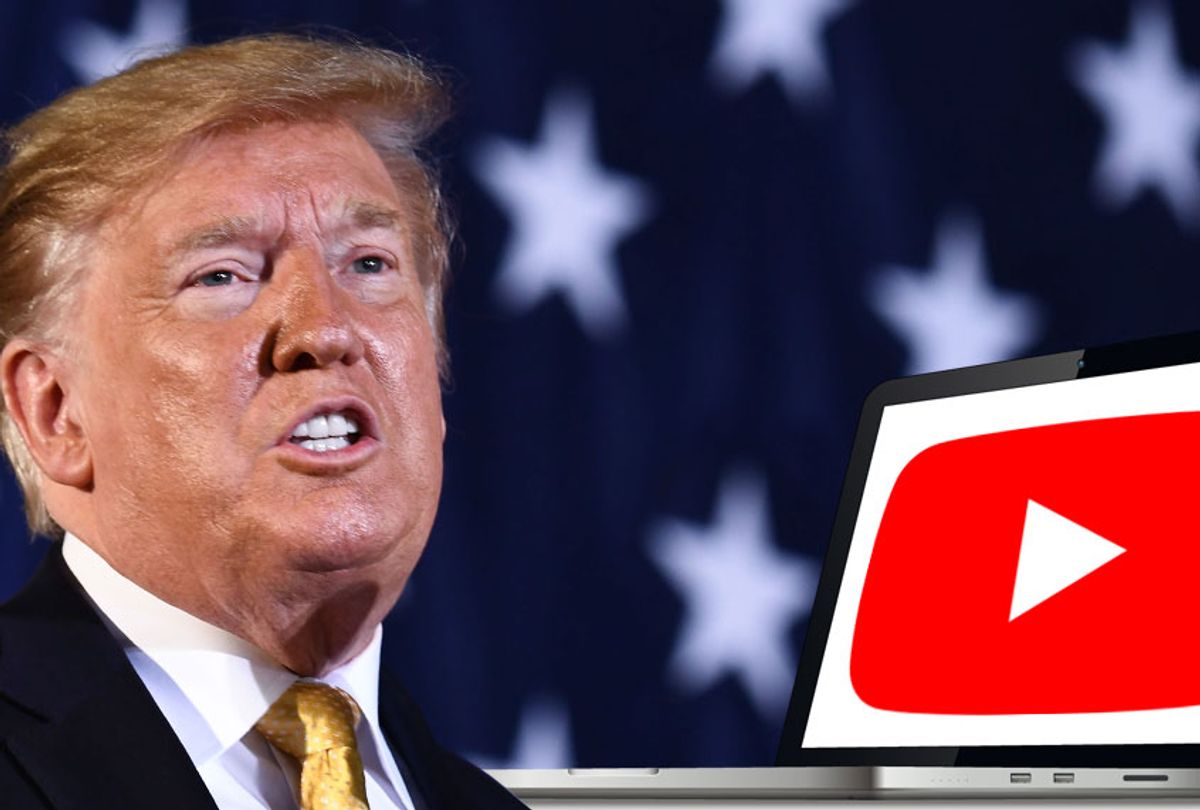 You might have seen the story out of Coal Grove, Ohio, last week where the tap water turned bright purple. It’s not as big a deal as it sounds, though. A malfunctioning water treatment valve caused a substance called sodium permanganate to be released into the system, creating the temporarily purple hue. Otherwise, no harm done.

It’s only a matter of time, though, before Americans in coal country find a lot worse than a bizarre tribute to Prince emerging from their spigots.

Shortly after his inauguration, Donald Trump signed a bill to roll back the so-called “Stream Protection Rule” authorized late in the Obama administration. Simply put, the rule banned the dumping of mountaintop removal mining waste, also known as “acid mine drainage,” into nearby waterways by creating a 100-foot buffer around streams and the like, ultimately protecting an estimated 6,000 miles of rivers. Many of those rivers provide drinking water for neighboring towns — for now. The Obama rule also mandated the restoration of polluted waterways and the replanting of trees.

Not any more. Apparently, clean tap water and formerly scenic vistas aren’t priorities for red state, coal country voters who would rather add cancer clusters and horrendous birth defects to the list of tragedies that go along with their disappearing coal jobs. What good are a few hundred more jobs, though, if the workers filling those jobs, as well as their families, are dropping dead from poisoned drinking water? A 2011 study in the Environmental Research journal discovered an increased risk for “six out of seven types of birth defects — circulatory/respiratory, central nervous system, musculoskeletal, gastrointestinal [and] urogenital” defects near mountaintop removal mines. The rate was nearly twice as high as that found in areas without mountaintop removal mines.

Trump’s rollback of protections for waterways near mountaintop mining operations is all part of his plan to both destroy Obama’s legacy and to deregulate industry, even if it means poisoning his own voters.

To put this another way: it’s bad and wrong for government to regulate mining companies that dump acid mine drainage into streams and rivers, at least according to Trump and his Red Hats — but it’s absolutely mandatory for government to regulate social media corporations because Alex Jones and Steven Crowder were punished by various online platforms, including Twitter and YouTube. Poisoned water is apparently permissible, but Crowder being demonetized by YouTube is a national crisis requiring the president to threaten regulatory action.

Throughout the past couple of months, Trump has attacked and pressured Twitter and Facebook because the companies banned Milo Yiannopoulos, “Diamond & Silk,” James Woods and Alex Jones, along with Jones' various Infowars goons, from using the social networking sites.

Meanwhile, the White House has launched a special website to collect stories by Red Hats who claim they were discriminated against by social media executives. If Trump's followers are OK with uploading their personal details to the White House, they can, like their cult leader, whine all they want about how unfairly they’re being treated. Presumably, Trump is moving toward imposing regulations to reinstate those who’ve been banned, while preventing the practice into the future — the aforementioned “You’re making a Giant Mistake!” warning being quite revealing.

At the very least, the president is attempting to intimidate Silicon Valley into voluntarily reversing its positions on the various bans — regulation by presidential intimidation. By the way, we can only assume that if Facebook reinstates the accounts of banned conservatives, it’ll also reinstate hundreds of banned liberal accounts, too.

Trump and his disciples are always on the lookout for more fuel for their insufferable whining and “who me?” victimhood routines. The misperceived specter of censorship is the latest source of angst for Trump’s delicate ego.

There’s another aspect of “free speech” in this country that too many participants in the debate are missing, deliberately or not. Crowder and others believe free speech is a get-out-of-jail-free card that allows them to say literally anything they want, wherever they want, with no ramifications. There’s an entire generation of entitled crybabies who market in controversial remarks but get all butt-hurt when they actually stir up controversy. At some point, they decided their caustic gibberish is free, but the speech of the people they’ve offended is not.

Yes, I often believe the response to controversial remarks goes too far, and sometimes the reactions don’t go nearly far enough. Either way, the observers and activists who condemn the words of white supremacists, homophobes and propagandists, not to mention other mouthpieces of awfulness, are exercising their freedom of speech, too.

If you engage your right to say what you want, you’d better be prepared to face the consequences of that. If you refer to a gay guest as a “lispy queer,” as Crowder did on his podcast, you’d better be prepared to be held accountable by people who are offended, including the corporate executives who allow Crowder to present such remarks on their platform. Likewise, if you belong to a cult that enjoys human sacrifice or stockpiling illegal quantities of firearms, you don’t get to hide behind the establishment clause. And if you want to blurt homophobic smears, white power agitprop or ludicrous conspiracy theories about the Sandy Hook massacre, create your own platform and knock yourself out. Until then, don’t act bewildered or run crying to the president when you’re booted off a platform you neither own nor control.

For what it’s worth, I’ve been banned by a major tech company before and, yeah, it sucks. Several of my colleagues, as well as dozens of publications, have been destroyed after being permanently banned or throttled by Facebook for alleged terms-of-service violations. I’m no fan of Mark Zuckerberg’s knee-jerk ejections. But I have even less tolerance for “influencers” who believe their follower counts and overly inflated sense of self-importance gives them the right to circumvent accountability (as well as terms of service). That includes the Whiner-in-Chief himself, who routinely digs a hole for himself, jumps into it, and then sits and pouts at the bottom of the hole tweeting about how the “failing” New York Times is the “enemy of the people” because it reported that he climbed into his own hole.

Own your words, Red Hats. Exercise some of that “personal responsibility” you’ve been ballyhooing for years. And while you’re at it, take a good look at the First Amendment. Nothing in the Constitution guarantees freedom from consequences.