Joe Biden tells donor audience GOP will turn on Trump: "They know this isn't what they're supposed to be doing" 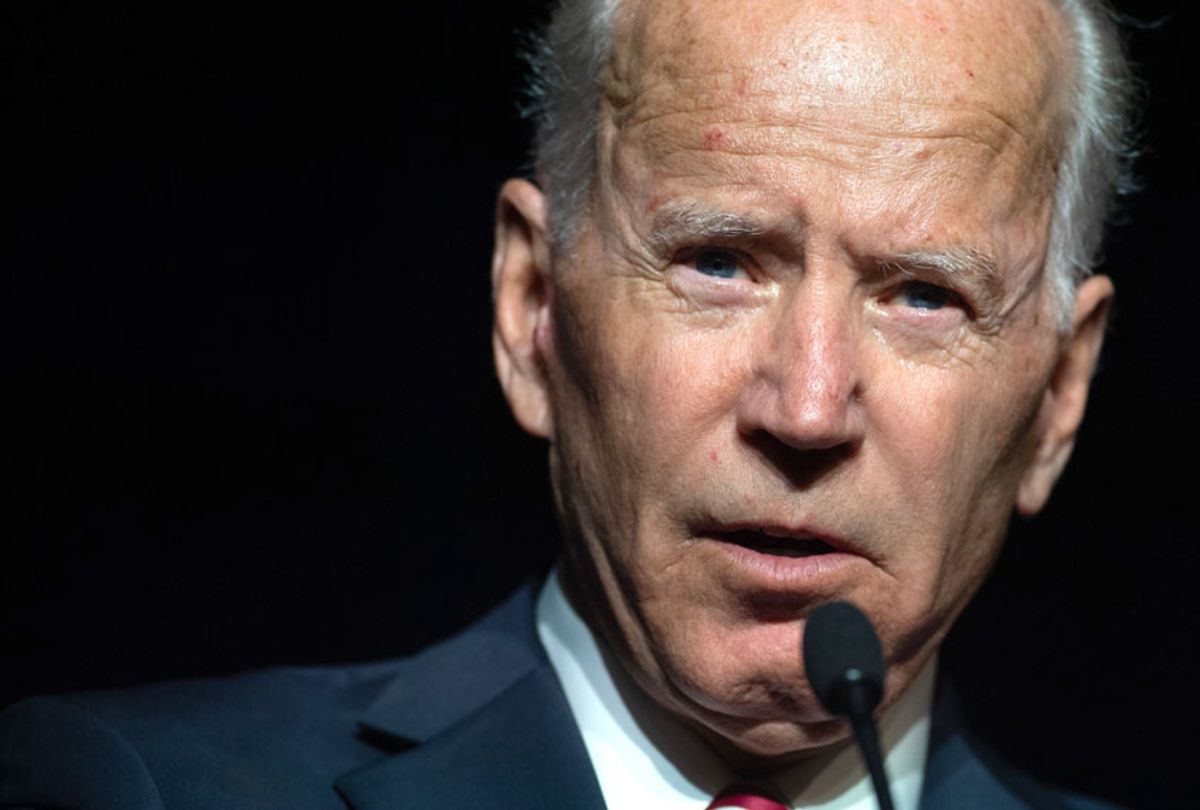 Former Vice President Joe Biden told lobbyists and donors at a fundraiser Monday night that Republicans in Congress "know better" than to align with President Trump and declared that Wall Street bankers "can be positive influences in the country."

"Wall Street and significant bankers and people, they're all positive, they can be positive influences in the country," Biden told the audience gathered in Washington, D.C. "But they didn't build the country. The middle class built the country."

Observers were quick to note the sharp contrast between Biden's friendly stance toward Wall Street and the positions of top 2020 contenders Sens. Elizabeth Warren, D-Mass., and Bernie Sanders, I-Vt., who have both rejected Wall Street cash as they campaign against the corrosive influence massive banks and corporations have on the American political system.

Biden also doubled down on his view that Trump is an aberration from the Republican Party rather than a symptom of the corruption and racism at the core of the modern GOP — a statement that has put him at odds with Democratic candidates who believe ousting Trump is necessary but not sufficient to tackle crises that long precede his presidency.

"Here's the deal: we all know, and I don't think this is hyperbole, we all know in our gut this election is the most important election we've ever engaged in — and not just because I'm running," Biden said. "With Trump gone you're going to begin to see things change. Because these folks know better. They know this isn't what they're supposed to be doing."

The former vice president's remarks were quickly condemned and derided by progressive commentators, with one critic mockingly struggling to decide which line would make a more suitable slogan for Biden's presidential campaign.

"Trying to decide which of 'Wall Street: they're all positive' or 'Republicans know better' would be a more fitting slogan for the Joe Biden campaign," tweeted Ben Spielberg, co-founder of the progressive site 34justice.

Adam Johnson, host of the "Citations Needed" podcast and contributor to Fairness and Accuracy in Reporting (FAIR), noted that in addition to being "wrong and stupid," Biden's portrayal of Trump as an anomaly is strategically disastrous.

"Clinton tried this very same strategy [in 2016] and her campaign knew it backfired even before her surprise election loss," Johnson tweeted. "Just as a strategic matter one is baffled why Democrats wouldn't hang the toxic label of Trumpism on all of the Republican Party until the end of time. That is, unless, like Biden they work for a donor class before they even do a party, much less working people."