Harris would pursue obstruction charges against Trump if elected: "There has to be accountability"

"I've seen prosecution of cases on much less evidence," the former prosecutor from California tells NPR 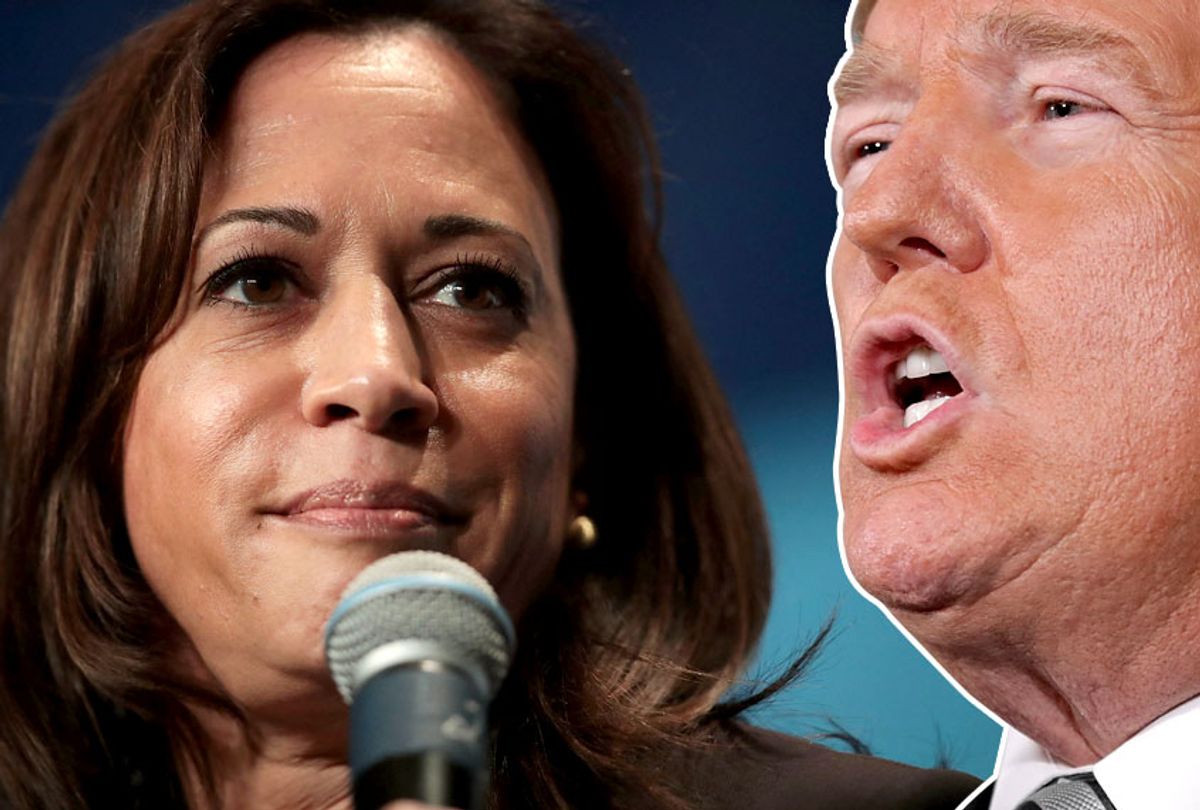 If elected to the White House, Sen. Kamala Harris, D-Calif., says she would pursue obstruction of justice charges against President Donald Trump, who would be a private citizen at that point.

"There has to be accountability,"Harris told the NPR Politics Podcast on Sunday. "I mean, look, people might, you know, question why I became a prosecutor. Well, I'll tell you one of the reasons: I believe there should be accountability. Everyone should be held accountable, and the president is not above the law."

Facing the uncharted territory of sending a former president to prison, Harris asserted that "the facts and the evidence will take the process where it leads."

"I do believe that we should believe Bob Mueller when he tells us essentially that the only reason an indictment was not returned is because of a memo in the Department of Justice that suggests you cannot indict a sitting president," the former prosecutor continued. "But I've seen prosecution of cases on much less evidence."

Harris has been outspoken about Trump's alleged misconduct, calling for him to the face legal consequences of allegedly attempting to obstruct Mueller's Russia probe. Last month, she told CNN that she believed Trump's actions had created a "constitutional crisis" in the U.S.

"A constitutional crisis is defined, is generally when the system that we set up with the checks and balances, when each of the independent co-equal branches of government fails to perform its duties," Harris told Jake Tapper. "And I think that we are seeing a breakdown of responsibilities."

"We saw it last week in the Barr hearing. We're seeing it in terms of a failure to comply with subpoenas. Now, being a member of the United States Congress and the Senate, I am seeing up close where there is a failure to respect the significance of Congress' duty to perform a role of oversight over the administration — over the agencies," she continued. "I'm seeing a failure to appreciate the importance of testifying before Congress in a way that is straightforward and truthful."

Harris has also received praise for her questioning of Attorney General William Barr, in which she compelled the Trump Cabinet member to admit he had not examined the underlying evidence in the Mueller report. As my colleague Sophia Tesfaye noted, "Barr had testified that his decision not to criminal charge the president with obstruction of justice was based on the lack of an adequate case, as laid out in Mueller’s report."

Harris also nailed Barr on his decision to not ask Department of Justice ethics officials if Rosenstein, his deputy, could ethically provide a judgment on the report in which he featured as a witness. She also pressed the attorney general on whether President Trump or other White House personnel had asked him to open an investigation into anyone. (She didn't name anyone in particular, but we might just all have some idea.)

"There have been discussions of matters out there,” Barr responded. “They have not asked me to open an investigation."