The new legislation declares that a "fertilized egg, embryo or fetus does not have independent rights" 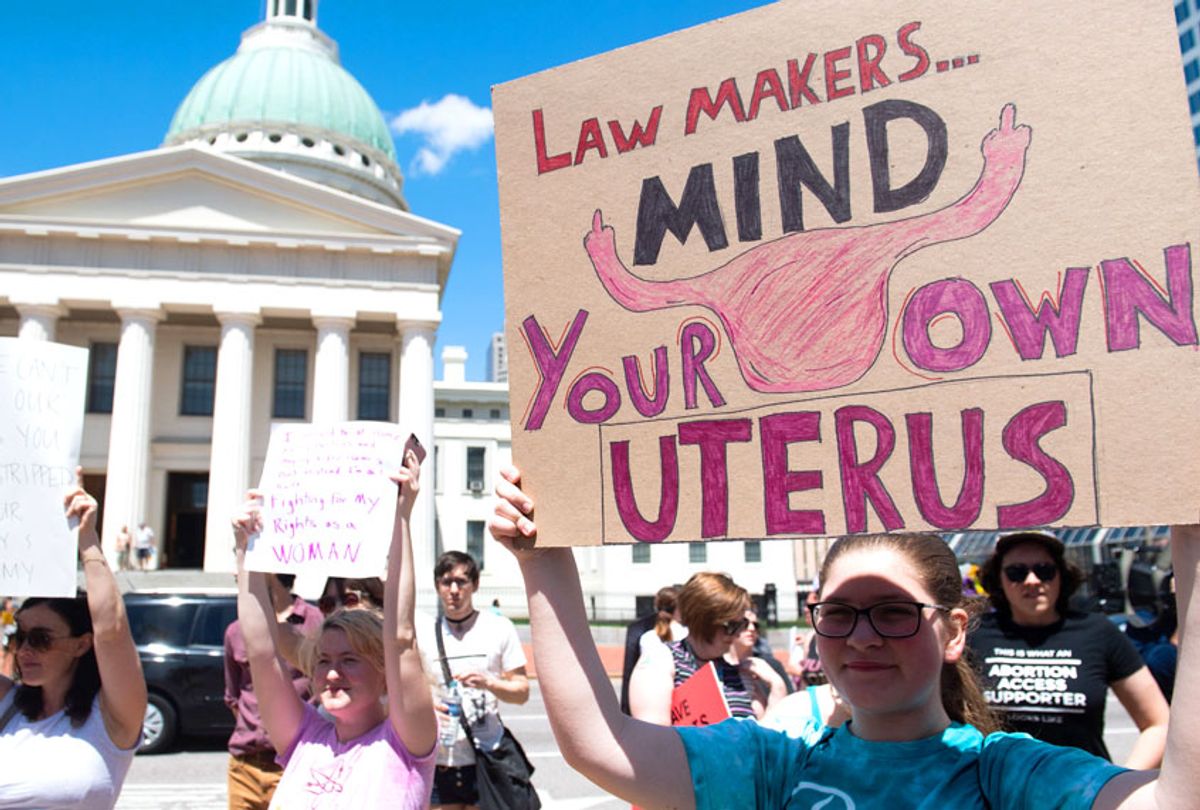 As a number of states across the country effectively ban or restrict access to abortion, Illinois went the opposite route, signing a bill into law Wednesday that declares the procedure to be a "fundamental right."

"In a time when too many states across the nation are taking a step backward, Illinois is taking a giant step forward for women's health," Democratic Illinois Gov. J.B. Pritzker said in remarks before signing the sweeping abortion access protection legislation. "Today, we proudly proclaim that in this state, we trust women."

The law, known as the Reproductive Health Act, establishes that a "fertilized egg, embryo or fetus does not have independent rights." It will take effect immediately.

It repeals the Illinois Abortion Law of 1975, removing provisions for spousal consent, waiting periods, criminal penalties for physicians who perform abortions and other restrictions on abortion facilities, as well as the state's partial birth abortion ban, which impacts late-term procedures. The measure also expands insurance coverage for procedures and for contraception.

Pritzker hailed the law as a safeguard if a conservative Supreme Court majority overturns Roe v. Wade, the landmark 1973 ruling which said a woman has a constitutional right to end a pregnancy. He also invited people from states restricting abortion access to seek care in Illinois.

The measure "ensures that women's rights do not hinge on Roe v. Wade or the whims of an increasingly conservative Supreme Court in Washington," he said, urging states that have voted to ban abortion to "change their minds" and "revisit the issue."

"But Illinois knows where we stand, and we're going to be here for women if they have to be refugees from other states," Pritzker said.

The bill passed the state Senate by a 34-20 vote last month, after the House passed it by a 64-50 vote. Pritzker previously expressed his support for the measure, noting he was excited to sign it.

"With reproductive healthcare under attack across the country, we must do everything in our power to protect women's rights in Illinois," he tweeted at the time. "Today was a major step forward for every woman in this state and I look forward (to) continuing my work as an ally by signing the Reproductive Healthcare Act into law."

The measure came under scrutiny by pro-life advocates, who believe fetuses are humans and deserve human rights. The Thomas More Society, a pro-life law firm based in Chicago, argued the bill was "legalizing the death penalty, with no possibility of appeal for viable unborn preemies."

Former Illinois congressman and Thomas More Society Vice President Peter Breen blasted the law as "the most radical sweeping pro-abortion measure in America and makes Illinois an abortion destination for the country."

Pro-choice advocates, meanwhile, praised Pritzker for signing the Reproductive Health Act into law. They claim the law is urgent as a flurry of new laws from state governments across the country ban legal access to abortion, including in nearby Missouri.

"At a time when we are seeing unprecedented efforts from anti-women's health politicians to criminalize doctors and intimidate women in states across the country, Illinois stands as a beacon for what can be achieved," Planned Parenthood Action Fund President Dr. Leana Wen said in a statement. "Women in neighboring states like Missouri could soon be forced to seek abortion care in other states, and we applaud our health care champions for taking action — not only for Illinois women, but for women everywhere."

Colleen Connell, executive director of the ACLU of Illinois, called the legislation a "critical, much needed victory for access to reproductive health care in Illinois."