Another established norm trashed as ICE deports undocumented veterans, and then apparently loses their records 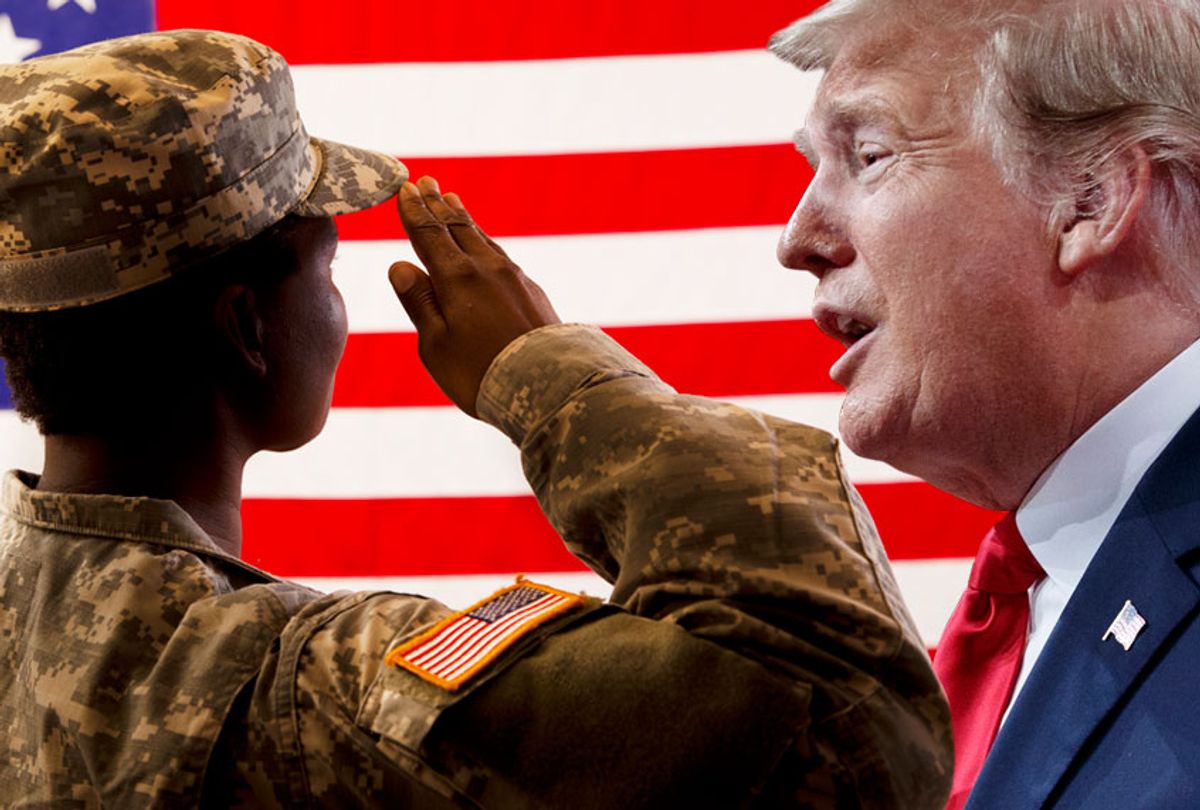 The United States has never offered much more than lip service to military veterans, especially those of color. The “support the troops“ spiel is mostly employed to get politicians elected or the Pentagon’s budget increased. Now a new government report reveals just how little consideration some U.S. soldiers receive when they return home.

Historically, non-citizens have been vital to the nation's military success. More than 100,000 lawful permanent residents have served in the U.S. armed forces since 2001.

Typically, if a foreign-born service member received an honorable discharge, he or she is eligible for citizenship. But it is not automatic — and some veterans don’t realize they must then apply for citizenship.

“Anyone with an honorable discharge … will not be subject to any kind of deportation,” former Defense Secretary Jim Mattis told reporters last year, announcing an agreement he said was made with former Homeland Security Secretary Kirstjen Nielsen.

Although every veteran's case is supposed to be reviewed by a senior ICE official, the GAO’s investigation found that the agency didn't bother to do this in 70%  of the cases.

“We found ICE did not consistently follow these policies from 2013-2018,” the watchdog wrote in the report.

Since 2016, ICE has dismissed concern over its lack of procedure by insisting that it “is very deliberate in its review of cases involving veterans."

But the watchdog noted that because the agency “did not consistently adhere to these policies, some veterans who were removed may not have received the level of review and approval that ICE has determined is appropriate.” Immigration judges then cannot consider military service in their deportation deliberations.

Perhaps most egregiously, the report also found that “ICE also does not maintain complete electronic data on these veterans. As a result, ICE does not know how many veterans have been placed in removal proceedings or removed.”

One consistent theme of the Trump administration is that it is terrible at administration. That may be deliberate. One can't be held accountable for things that cannot be documented.

An ICE spokesperson defended the agency’s actions by claiming that “the individuals were placed into removal proceedings because of felony convictions related to drugs; sexual abuse, of which 18 involved minors; firearms, explosives, or explosive material; kidnapping; terrorist threats; and other crimes.” Without any records to review, however, there is no way to know what percentage of the veterans were targeted for deportation over a low-level drug offense versus a serious or violent offense.

This new report comes after the Trump administration pressured immigration judges to speed up deportation proceedings. Is it totally outside the realm of possibility that, given this administration's animosity towards immigrant soldiers or their families so far, there are some who were deported wrongfully?

Take for instance the case of Jilmar Ramos-Gomez, a decorated Marine veteran born in Michigan.

When Ramos-Gomez, who served in Afghanistan, was arrested earlier this year, he had his U.S. passport, a REAL ID driver’s license, a military ID card, and his Marine Corps dog tags with him. He was still turned over to ICE detention at the request of the agency, which likely means ICE agents were scanning police blotters for arrests of people they suspected of being undocumented. It is easy to see how such behavior would be ripe for abuse and profiling. ICE later claimed that Ramos-Gomez said he was undocumented during an interview in detention and that they took action afterward. The ACLU of Michigan believes that such a claim raises the question about ICE's lack of investigation.

Lucky he got out in three days (normally it would take three to four months), and because of this incident the local sheriff's office decided to stop cooperating with ICE without a proper warrant issued by a judge. Cases like this are why so-called sanctuary cities require ICE to obtain a court order before they release anyone into their custody: To protect due process.

"Deporting veterans represents a failure by our government that could have been prevented if ICE officials had been adhering to agency policies," House Committee on Veterans' Affairs Chairman Mark Takano, D–Calif., wrote in a letter to acting ICE director Mark Morgan. "This level of carelessness and disregard for official procedures is negligent and unacceptable."

The “Repatriate Our Patriots Act,” a bipartisan bill to bring deported veterans back to the United States as permanent legal residents and open up an expedited path to citizenship for pre-9/11 non-citizen veterans, failed to get much support in 2017’s Republican-controlled Congress. Democrats have revived the effort to pass the legislation.

No citizen of this country has to earn their rights or their place in it. Some people nonetheless do earn their rights through putting their lives on the line to defend it. Deporting them is a disgraceful act of clumsy cruelty, even by the standards of this administration.