"Let me make something 100 percent clear," Ellen Weintraub said. "It is illegal" 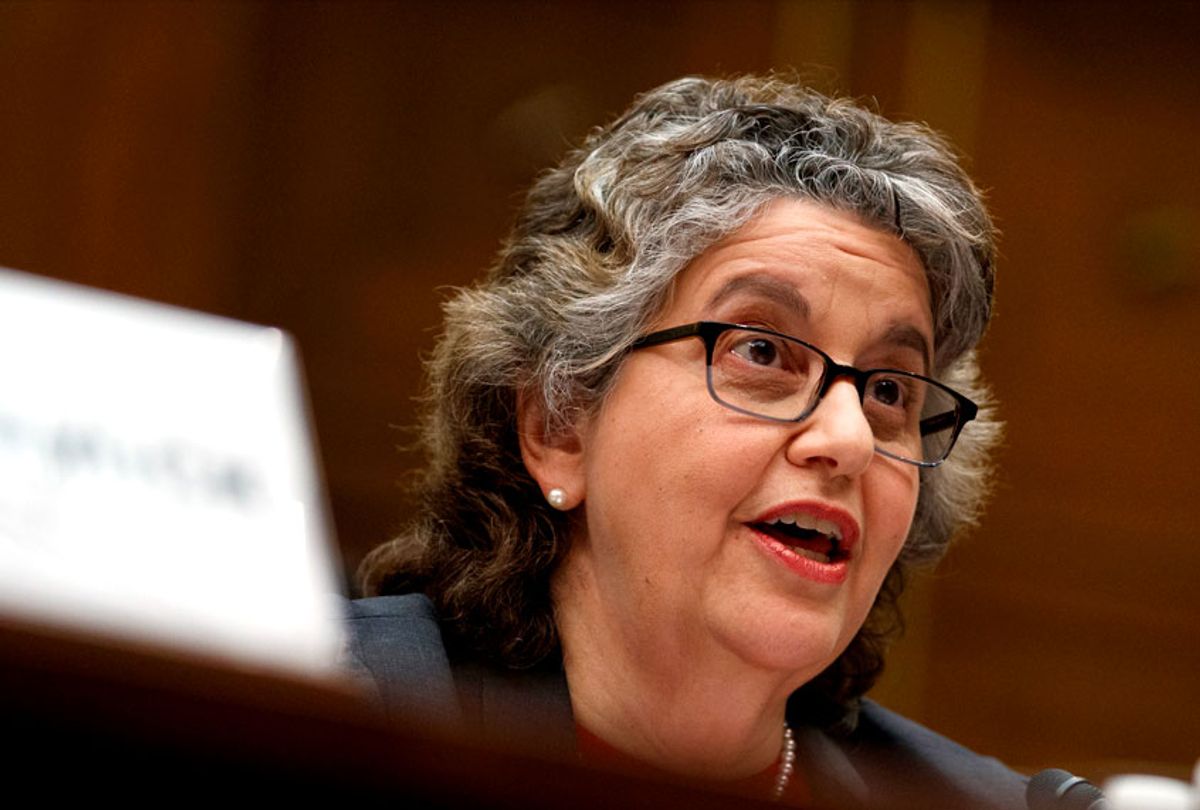 One day after President Donald Trump said he would entertain the idea of accepting dirt on his political rivals from foreign nations, Federal Election Commission Chairwoman Ellen Weintraub released a statement Thursday making it clear that candidates for public office cannot accept assistance of any such kind.

"I would not have thought that I needed to say this," Weintraub said in a statement, which she posted to Twitter.

The head of the agency, whose purpose is to enforce campaign finance laws, emphasized that any campaign who accepts help from a foreign government "risks being on the wrong end of a federal investigation."

"Let me make something 100% clear to the American public and anyone running for public office," Weintraub wrote. "It is illegal for any person to solicit, accept, or receive anything of value from a foreign national in connection with a U.S. election. This is not a novel concept."

Weintraub's statement went on to say that all campaigns should report an offer of aid or information from foreign governments to law enforcement authorities.

Her statement came a day after Trump told ABC News that if a foreign government offered him information on a political opponent, "I think I'd want to hear it." The president also said that he did not feel any obligation to alert the FBI if his campaign is approached with such assistance.

He added that FBI Christopher Wray was "wrong" when he declared during congressional testimony that offers of assistance from foreign entities should always be reported to the bureau.

Trump's comments came less than two weeks after his son-in-law, Jared Kushner, said he was unsure if he would report a future offer of foreign assistance to the FBI, calling questions about such a scenario "hypotheticals."

And Trump's personal lawyer, Rudy Giuliani, had been openly gathering information in recent weeks from Ukrainian officials that he said could benefit Trump in a 2020 race against former vice president Joe Biden, whose son Hunter served on the board of a Ukrainian energy company.

"There's nothing illegal about it," said Giuliani, who was forced to scrap an information-gathering trip to Kiev following mounting public criticism. "Somebody could say it's improper."

The president's eldest son, Donald Trump Jr., infamously did not go to the FBI after he attended a June 2016 meeting with a Russian lawyer promising "dirt" on his father's Democratic opponent, Hillary Clinton.

Federal law "prohibits contributions, donations, expenditures and disbursements solicited, directed, received or made directly or indirectly by or from foreign nationals in connection with any election — federal, state or local," although there is some debate over the extent to which information, rather than money, can be deemed such a contribution. It is also illegal to conspire with a foreign government to influence the outcome of a U.S. election.

Trump was at the center of a federal investigation into Russian election interference, alleged ties between Trump and Moscow and possible obstruction. The investigation, conducted by former special counsel Robert Mueller, avoided making a decision on obstruction but concluded there was not enough evidence to establish a conspiracy between Trump's campaign and Russia.

In response to Trump's comments, House Intelligence Chairman Adam Schiff, D-Calif., said the president "has either learned nothing from the last two years or picked up exactly the wrong lesson."