It's not just one gaffe: Joe Biden can't be counted on to fight for reproductive rights

Biden's reluctance on reproductive rights isn't good enough: Women deserve a president who fights for them 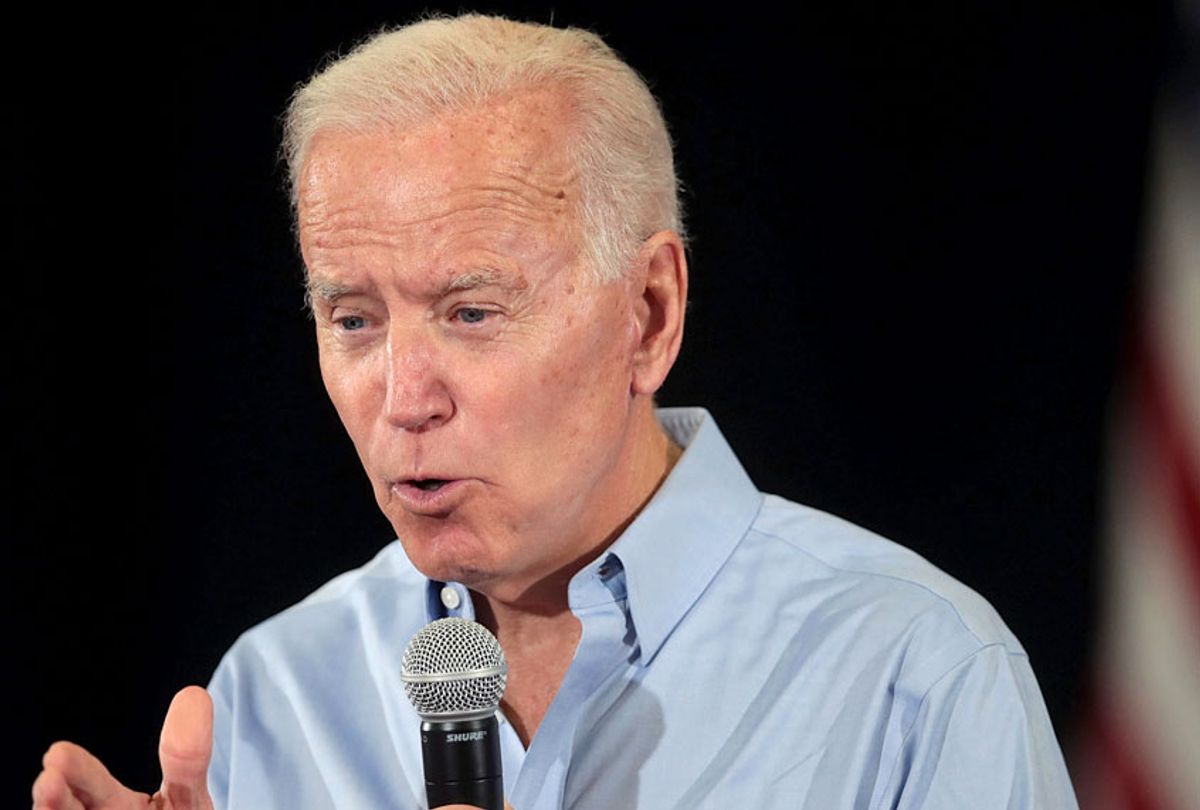 Right on the heels of Democratic frontrunner Joe Biden publicly supporting a law banning abortion coverage for service members and Medicaid recipients — and then promptly reversing his stance — the former vice president is getting another round of scrutiny for his reactionary impulses on women's rights. CNN resurfaced a 2006 video in which Biden defended himself for being one of the few Democrats to vote for a ban on a specific abortion procedure used in rare late-term abortions.

"I do not view abortion as a choice and a right," Biden said, noting that while he supported Roe v. Wade,  he also felt the focus should be on "how to limit the number of abortions."

That video, and Biden's 2003 vote to ban an abortion procedure, is further evidence that his support for women's rights is tepid and reluctant, at best. His reversal on the the question of federal abortion coverage shows that Biden can be convinced to toe the line on reproductive rights issues, if only belatedly. But his obvious recalcitrance should be deeply concerning to those who believe in women's equality.

What women need to reverse the losses of the Donald Trump era and to move us into the future is a leader who wants to fight for women's equality and will take proactive measures to improve women's lives. Biden, at best, clearly has no desire to do much more than backing the status quo. Worse yet, his instinctive hostility to reproductive rights will incline him to see women's health care as something that can bargained away to achieve his much-ballyhooed and naive goal of "working with" Republicans.

Biden's 2003 vote is especially troubling. Unlike other now-disfavored legislation he backed, like the 2005 bankruptcy bill or the 1994 crime bill, there's no "seemed like a good idea at the time" excuse available here. Bill Clinton had vetoed a similar bill in 1996.

The sole function of the ban on the D&X procedure, which was falsely labeled "partial birth abortion" by anti-choice activists, was to make abortions more painful for women, both physically and emotionally, and also more dangerous. It did nothing to prevent such late-term abortions, which are typically only performed for medically urgent reasons. It merely forced doctors to use more torturous methods.

A few years after the 2003 bill passed, an anti-choice protester, whipped up by the overblown and frankly misogynistic rhetoric that had also swayed Biden's vote, murdered Dr. George Tiller, a physician in Wichita, Kansas, who ran a clinic that specialized in helping women who needed late-term abortions.

It's telling that Biden's language in the 2006 video is about putting a "limit" on abortion. Even the most ardent pro-choicers — and I count myself in their ranks — would like to see the abortion rate fall. Not because there's anything wrong with abortion in itself, but because it's a painful and expensive procedure that is best avoided. But the reproductive health community views prevention as the best strategy for reducing the abortion rate, not laws that place artificial and unnecessary limits on access.

Scientific evidence has repeatedly shown that the most effective form of prevention is improved contraception access and sex education. Joe Biden, at least at times, has also resisted these efforts to prevent unintended pregnancy.

During Barack Obama's administration, for instance, Biden fought bitterly with feminist activists inside the White House over regulations that require contraception to be classified as preventive care and covered without a co-pay by insurance plans. The Institute of Medicine had recommended this regulatory change, based on extensive evidence showing that low-cost contraception reduces the unintended pregnancy rate, and therefore the abortion rate.

Biden appeared to be less worried about protecting women's health and reducing the need for abortion than about offending the religious right. He lost that particular battle. But the fact that Biden's impulse was to favor a misogynist-inclined constituency that doesn't vote for Democrats anyway — evangelicals and right-wing Catholics — over the rights of women, who constitute the majority of Democratic voters, is valid evidence of how he might approach these issues as president.

The president has a great deal of power over how federal bureaucracies operate. Through agencies like Health and Human Services and the Department of Education, a president can make choices that can either dramatically improve access to reproductive health care and sex education — as the Obama administration did — or drastically cut off access, as the Trump administration is vigorously trying to do. The president also has a lot of discretion over foreign aid, which can impact reproductive health care around the world.

Biden obviously wouldn't be as hostile to sex education and reproductive health care as Trump is. That should go without saying, but it's also a really low bar. As his history with contraception regulation shows, Biden's instincts on these issues aren't great. Throughout his career, he has pushed in the direction of placing limits on women's access to abortion and contraception. Rarely, if ever, has he focused on improving women's health care. He has frequently appeared more worried about placating the "family values" of bigots and sexists than about helping the women who actually vote for Democrats.

It's equally troubling that Biden has often sided with Republicans and against Democrats on issues like insurance coverage of contraception and late-term abortions. There's a not-small chance that thanks to continued gerrymandering, Republicans could regain control of the House (as well as the Senate) during the next presidential term. If that happens, it's entirely possible that Republican majority would pass bills limiting abortion rights and contraception access, tailored to Biden's desire to be "moderate" and "bipartisan." Many Republican leaders have known Biden a long time. They know full well that he is open to throwing women under the bus in the name of old-school, male-dominated bipartisan comity.

To be clear, I believe Biden when he says that he now supports Roe v. Wade, and there's little doubt that he would focus on appointing pro-choice judges to the bench. But reproductive health care access is about much more than the legal right to abortion. Conservatives are constantly looking at ways to chip away at that access by defunding contraception programs or eliminating sex education.

Women need more than a president who can be arm-twisted or cajoled into doing the bare minimum to protect their legal rights. They need a president who is aggressive about fighting for women's rights, and who looks for ways to expand reproductive health care access instead of compromising it away bit by bit. Does Biden represent an improvement on the incumbent when it comes to women's rights? Of course. But Democrats can do a lot better than that.