On Tuesday, Trump waved around a folded piece of paper to reporters, claiming it was a "secret" deal. 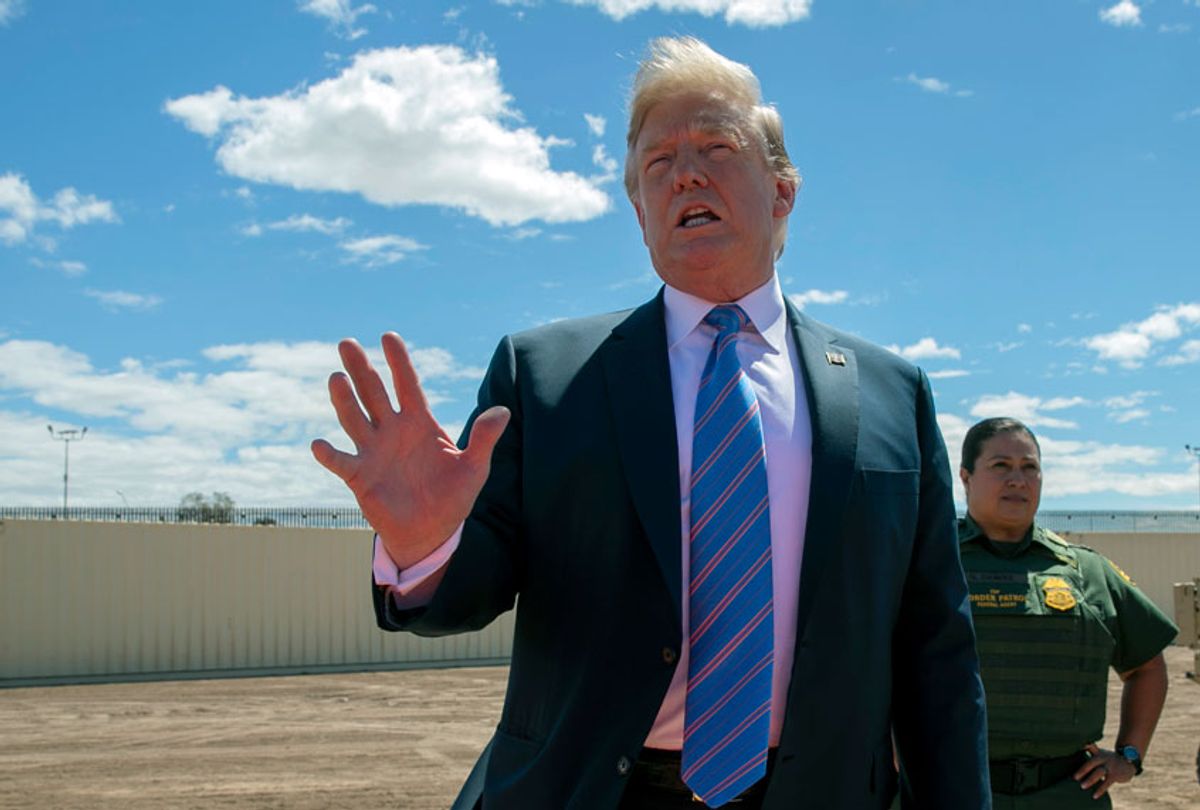 When President Donald Trump announced last week that he would not be imposing tariffs on Mexican goods being imported to the United States as he had threatened, he said President Andrés Manuel López Obrador’s government had agreed to major concessions on refugee policy.

The New York Times quickly pointed out that the concessions the governments had agreed to had already been established months before, making it look like Trump had simply backed down from an empty threat. But Trump insisted this was wrong. There was, he said, a secret additional agreement with Mexico that included even more significant concessions.

And on Tuesday, Trump even waved around a folded piece of paper in front of reporters, claiming it was the secret deal. One intrepid reporter took a close-up shot of the paper, and because of the sunlight shining through it, parts of the text were visible. I suggested that, though it wasn’t entirely clear what the deal amounted to, the visible text indicated it was mostly vague promises.

So what does it all amount to? As I had inferred, there’s little substance to the agreement. It simply was an agreement to enter into further talks with the United States about a potential deal that would force Mexico to accept and process any refugees who came through Mexico from a third country to the southern U.S. border. This is a big priority for the Trump administration, and indications thus far have been that Mexico does not want to agree to this policy. If Trump could actually get this deal, he would claim it as a major win.

But an agreement to talk about another potential agreement is not really a substantive concession from Mexico, which explains why Trump kept this part of the agreement secret for so long. At best, it’s smoke and mirrors that could potentially precede a real development — at worst, it’s yet another country showing it can string Trump along to get its way.