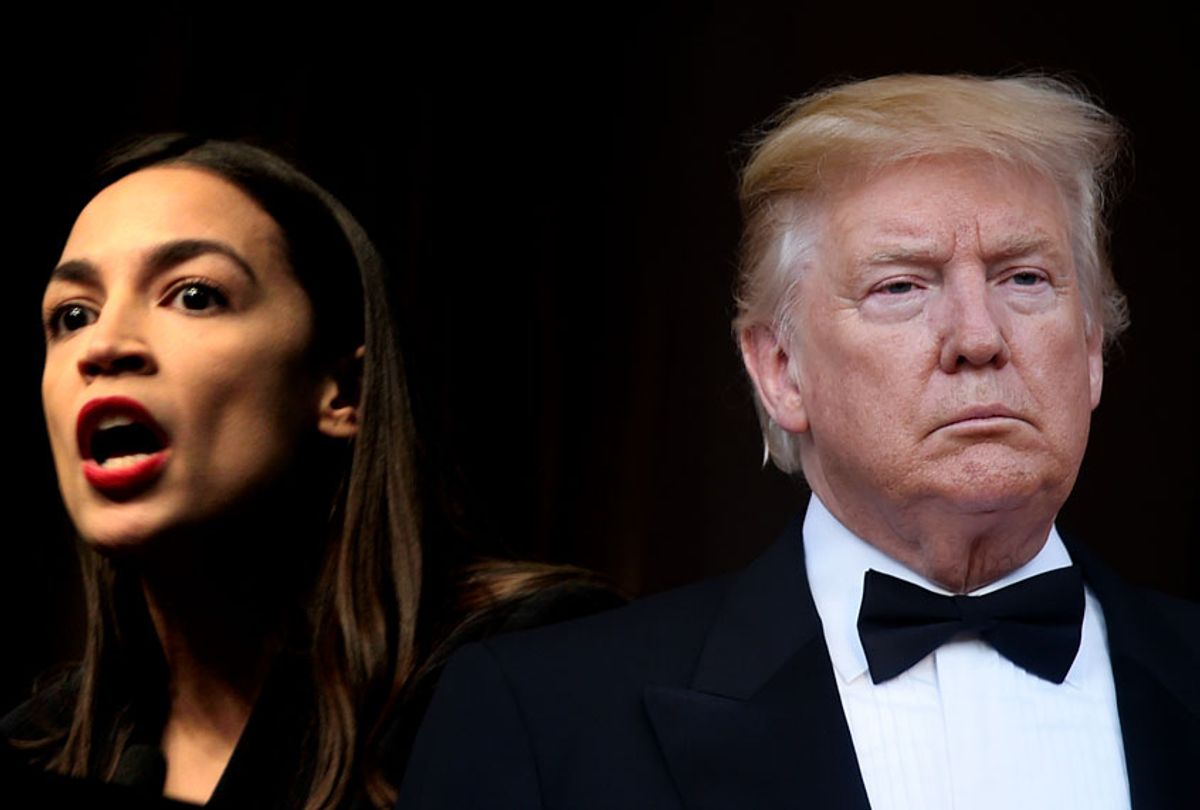 "The United States is running concentration camps on our southern border, and that is exactly what they are," Ocasio-Cortez said during the live broadcast. "They are concentration camps, and if that doesn’t bother you . . . I want to talk to the people that are concerned enough with humanity to say that we should not ⁠— that ‘never again’ means something. And that the fact that concentration camps are now an institutionalized practice in the ‘Home of the Free’ is extraordinarily disturbing, and we need to do something about it."

Seemingly aware that her use of the terms "concentration camp" and "fascist," as well as the expression "never again," could evoke memories of the Holocaust, Ocasio-Cortez insisted that she was not attempting to be provocative and rather make an earnest point.

"I haven't seen her down here in Arizona. I can tell you that," Del Cueto told co-anchor Bill Hemmer. "And when any individual makes that reference, it just — it loses all interest to me. It's disgusting to compare concentration camps to what the men and women are doing here protecting our country. In my eyes, honestly, you lose credibility. I've had it, you know, up to here with all these individuals constantly trying to compare concentration camps to what we're doing."

He added, "I was just at one of the detention facilities. The kids were outside their cell, because we have so many of them. They were out on the floor, playing puzzles. They were watching movies, eating cookies and what have you. She needs to come down here. You know what, I will offer to show her, myself, the area."

In December, Salon spoke with Sen. Jeff Merkley, D-Ore., who has been an outspoken opponent of Trump's immigrant detention system and described how difficult it was for him to visit the facilities and learn more about how people were being treated there.

"We were not allowed to speak to children," Merkley said. "So you had these rules that had been in the facility — it's either Department of Homeland Security or Health and Human Services — they are imposing two-week requirements. You have to seek a waiver. They don't want to do it except when they can fly in special minders to control everything you do while you're there. We are not able to exercise oversight if we can not get into a facility on brief notice and actually talk to the relevant people ⁠— be they staff or be they actual for example the children or adult prisoners."

He continued, "They don't want people to know that they have this system of child prisons ⁠— that they're locking up children for far more than 20 days, that they're slow-walking their release even when they have sponsors who have gone through the full background check system ⁠— because they want to keep them in prison rather than releasing them to homes and schools and parks, where they should be. This is all part of an effort by the administration on their policy from May to say to the world, 'Do not come to our borders if you're fleeing oppression, because we will inflict trauma on you and your children.'"