Father-and-daughter team who funded Steve Bannon and Breitbart are reportedly unhappy with Trump, scaling back 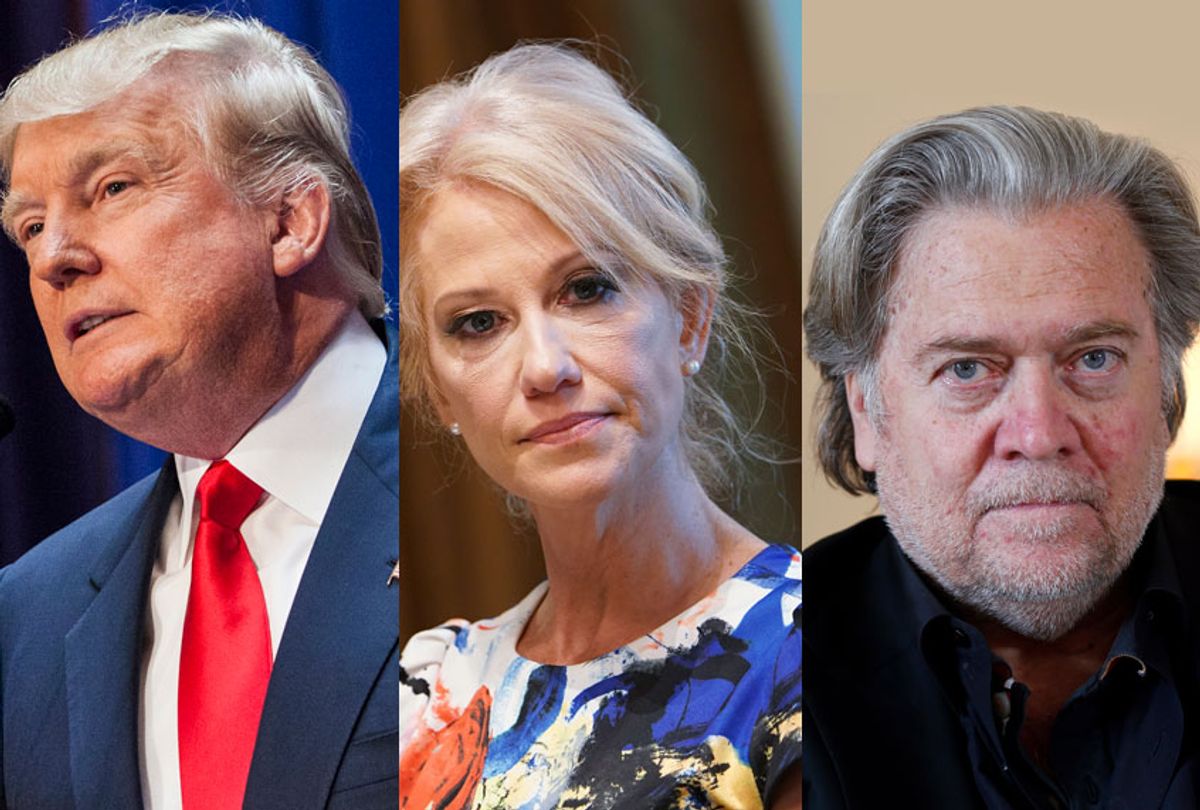 President Trump’s biggest backers have “drastically” cut their political contributions and are not expected to play a big role in the 2020 election, Vanity Fair reports.

Billionaire hedge fund manager Robert Mercer and his daughter Rebekah, who previously funded Steve Bannon, Breitbart News and Cambridge Analytica, spent $15.5 million in 2016 to help Trump win but have soured on his administration since, according to Vanity Fair’s Gabe Sherman.

Six sources told Sherman that the Mercers have already slashed their political donations in “recent months” and are not expected to play a “significant role” in 2020.

“They think that the administration could do so much more. They’ve been very vocal about that to the president,” one of the sources explained.

A former White House official told the outlet that it feels “like they’ve disappeared.”

The Mercers’ disappearance could spell trouble for Trump and Republican candidates on the ballot in the next election. The Mercers spent $49 million on political activities in 2016, according to the Washington Post. Along with donating $15.5 million to various groups to help Trump’s campaign, the family donated another $1 million to Trump’s inauguration fund, provided $10 million in funding to alt-right-adjacent Breitbart News and spent millions more on Cambridge Analytica, the controversial data firm that harvested data on tens of millions of Facebook users without their consent or knowledge.

Publicly available data shows that the Mercers have already pulled back.

The family donated just $400,000 to the pro-Trump Great America PAC, according to the Center for Responsive Politics, and cut their political spending to just $2.9 million during last year’s midterm election cycle, Bloomberg reported.

With the Mercers pulling back, Trump’s team is increasingly worried about his ability to raise money. Donald Trump Jr. privately warned donors that Trump is well short of Barack Obama’s fundraising totals during his 2012 re-election campaign, Vanity Fair reported in May, and Jared Kushner has “complained” to Republican National Committee Chairwoman Ronna Romney McDaniel about lagging funds, a West Wing official told the outlet.

The Mercers were not just an ATM for the Trump campaign. They also played an integral role in forming his campaign team and White House staff. The Mercers were key in getting their longtime allies Steve Bannon and Kellyanne Conway at the helm of Trump’s campaign, and Rebekah Mercer later served as a senior member of Trump’s transition team.

The split between the Mercers and Trump began when the president ousted Bannon as White House strategist, according to Sherman, though the family later distanced themselves from Bannon as well after he was quoted extensively criticizing Trump in Michael Wolff’s bestselling book “Fire and Fury.”

The Mercers' backing of Cambridge Analytica has also placed them in legal jeopardy. The family ultimately shut down the company after they came under FBI scrutiny for harvesting private data from 50 million unwitting Facebook users.

After a series of publicity nightmares, the Mercers appear to be unwilling to continue backing a candidate they reportedly were never that fond of in the first place.

“They never really liked Trump,” a source close to the Mercers told Sherman, explaining that they strongly backed Sen. Ted Cruz during the primaries and urged Kellyanne Conway, who was then working for a pro-Cruz super PAC, to “beat Trump.”

“Trump was just Bob’s play against Hillary,” a former colleague of Robert Mercer told Sherman. “Bob said [Hillary Clinton] and her husband were murderers who would destroy the country. He thought she was an evil person and a socialist.”