How much wealth should billionaires donate? All of it

MacKenzie Bezos' pledge to give it all away is a good start, but all billionaires should be expected to do the same 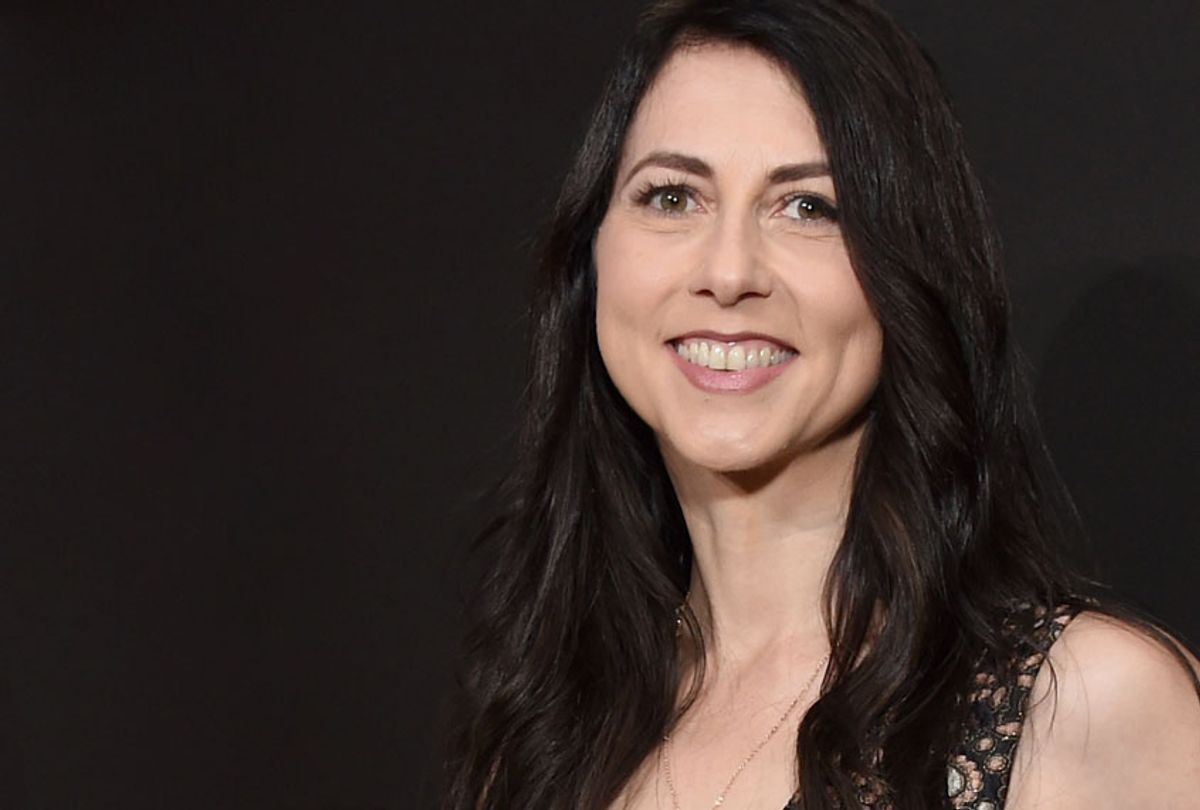 MacKenzie Bezos, the ex-wife of Jeff Bezos, recently signed the Giving Pledge, which is a commitment to donate at least half her wealth during her lifetime or upon her death. In the letter she wrote announcing the pledge, Bezos hinted that she intends to give away her entire $37 billion fortune, saying of her upcoming philanthropy, “I will keep at it until the safe is empty.”

If she does intend to give all or nearly all of it away, Bezos is putting herself in a rarified club. She is the 204th person to sign the Giving Pledge, but only a handful of these signatories have said they will go beyond donating half their wealth. Warren Buffett, Bill & Melinda Gates, and Mark Zuckerberg & Priscilla Chan are among them. What’s more, 90% of the world’s billionaires — including Jeff Bezos, the world’s richest man — still haven’t even signed the pledge.

Billionaires are a hot topic today because their rapidly rising wealth is seen as a threat to our democracy. But the problem may be bigger than the solutions currently being debated and our expectations around billionaire philanthropy may need to change as a result. For example, even if both the proposed wealth tax from Senator Elizabeth Warren and the income tax from Representative Alexandria Ocasio-Cortez were passed into law, billionaires would almost certainly see their net worth stay the same or even continue to rise.

How is that possible? For one thing, the value of their assets grows on average more than the 3% tax Warren has promoted. As an example, the average annual return for private equity investments is 8%, and these are the kinds of funds billionaires typically have access to that aren’t open to average investors. For another, even at the 70% income tax Ocasio-Cortez has suggested, many billionaires would take home more income after taxes than they can spend in a year, increasing their net worth. Michael Bloomberg is illustrative: he would still make around $1 billion in income after taxes under the Ocasio-Cortez tax plan.

More taxes on the richest Americans makes good policy sense, but wealth inequality won’t abate quickly with even these tax proposals alone. Philanthropy could offer a way out of persistent inequality and a chance to address urgent humanitarian needs — but only if we reshape the cozy world of billionaire giving.

First, we’ll need to stop applauding philanthropic announcements like the one MacKenzie Bezos has just made. Our societal expectation of billionaires should be that they commit to giving away nearly all their wealth and that shouldn’t require special praise. In fact, in a world where 1 in 10 people live in extreme poverty, our critical gaze should be cast on the vast majority of billionaires who are not making significant philanthropic pledges or donations.

Second, we’ll need to bring public scrutiny — through journalism, research, and citizen activism — to billionaires’ philanthropic efforts. We should absolutely celebrate philanthropy, but only when priority challenges are successfully and cost-effectively addressed. There is a long list of well-funded charitable initiatives that were praised at first only to be recognized as failures when the results came in. What she’ll give to and how she’ll organize her philanthropy, is even more important than the fact that MacKenzie Bezos is finally becoming a philanthropist.

Dustin Moskovitz, a Facebook co-founder, and his wife Cari Tuna are a good example of what should become standard. They have pledged to give away nearly all their $13 billion fortune but shun the spotlight. Last year this young couple donated more than the Rockefeller Foundation and are on track to become bigger givers than the Ford Foundation, the largest foundation of the last century.

Moskovitz and Tuna have not built a major foundation with their name on it. There is no gleaming office tower and they don’t host their own summits. Instead, they fund one small outfit called the Open Philanthropy Project. This group advises the couple on their giving but also publishes all their analysis for free online so other major donors can use it. And they fund another small outfit called GiveWell which offers similar free research and advice but for ordinary givers.

Each organization has a staff of about two dozen people, so nearly all their money goes directly to highly effective nonprofits implementing proved health interventions like deworming pills and anti-malaria bed nets.

Moskovitz’s former roommate, Mark Zuckerberg, offers a counter example. He and his wife Priscilla Chan are committed to donating 99% of their Facebook shares to charity, an amount that may ultimately rival the Gates Foundation at perhaps $150 billion in total giving. Currently they donate around $800 million annually — more than double what Moskovitz-Tuna give each year.

But their organization, the Chan-Zuckerberg Initiative or CZI, is far less transparent about how they spend that money. Organized as an LLC, CZI is not legally required to share much information. What is public, though, suggests a very different philosophy and approach.

CZI already has around 250 employees and does not think of itself as a grant-making organization. Whereas Moskovitz-Tuna are funding rigorous research to identify the most effective nonprofit organizations and then writing checks to them, CZI seems focused on building a large organization of their own to develop and launch initiatives of their own design.

That may turn out to be a waste of precious philanthropy and, as in the case of their education initiatives, could even be counterproductive. The public has an interest in how this story turns out.

Many billionaires don’t have a problem with the cost-effectiveness of their giving, because they simply aren’t donating much at all. There are over 2,000 billionaires in the world — up from 140 in 1987 when Forbes first published its list of the ultra-wealthy — and together they hold around $9 trillion. Yet when Forbes examined the giving of the top 400 richest people in the world for the first time in 2018, only 29 had given away either 20% of their net worth or at least $1 billion.

If donating nearly all wealth becomes the socially-accepted standard for billionaires — and we are clearly a long way from that point — there is the potential for philanthropy at a scale that has no historical precedent. And for billionaires like Bezos just now joining in, there’s no need to study-up or invent new programs. There are dozens of evidence-based, rigorously studied, highly-cost-effective initiatives that are currently underfunded and that directly save lives.

The analysts at GiveWell currently list eight underfunded non-profits that save lives through highly targeted interventions combatting, for example, malaria — at an average cost of around $4,000 per life saved. The collaborative philanthropy Co-Impact can put hundreds of millions of dollars to work alongside established foundations (like Gates and Rockefeller) to provide health and education in the lowest resource settings around the world. Then there’s the Global Fund to Fight AIDS, Tuberculosis, and Malaria which is currently in the midst of a $14 billion replenishment to support its life-saving work — billionaires can put their money directly into AIDS medication and malaria tests administered through government-run, citizen-owned programs around the world.

Because needs are so great and wealth disparities so extreme, perspectives around billionaire philanthropy need a reset. We need to be on the lookout for billionaires funding ineffective passion projects or getting outsized praise for proportionally small gifts. We need to be asking tougher questions about the cost-effectiveness of programs and the prioritization of causes, especially when so much giving leads to names adorning university and museum buildings. At the same time, we need to make sitting on the sidelines in an era of both extreme poverty and extreme wealth socially unacceptable. MacKenzie Bezos has signed the Giving Pledge, and that’s a good thing, but it’s just the very beginning.

Raj Kumar is President & Editor-in-Chief of Devex, a news website covering global development. He is the author of “The Business of Changing the World: How Billionaires, Tech Disruptors, and Social Entrepreneurs Are Transforming the Global Aid Industry.”