Trump's greatest-hits rally in Orlando: The shtick is getting old, but also really ugly

Trump has never stopped campaigning, so what made the Orlando rally special? Nothing, although it was pretty nasty 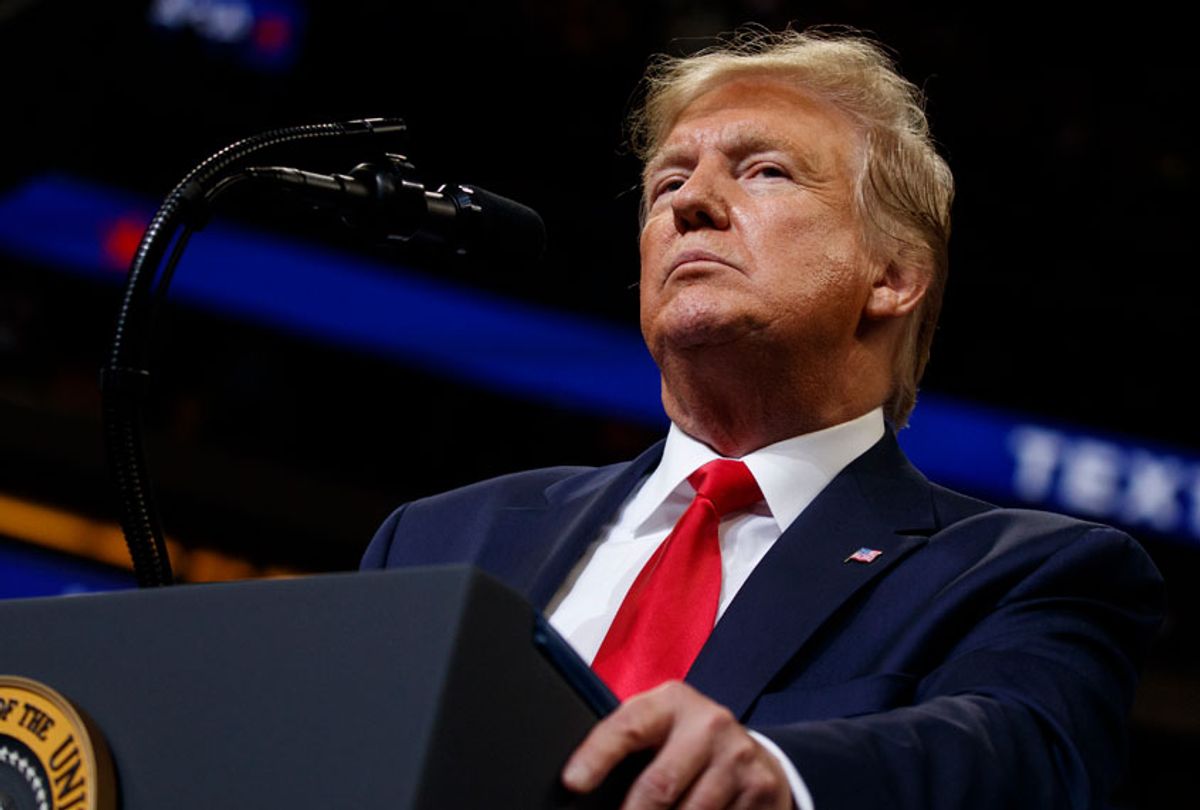 President Trump kicked off his 2020 campaign for re-election in Orlando with an announcement that the new slogan for his campaign would be "Keep America Great" instead of the iconic "Make America Great Again," much to the delight of the crowd. (Trump had filed his re-election papers on the day he was inaugurated and told the press that he'd already trademarked his "Keep America Great" 2020 slogan during his first month in office.)

At the rally, Trump called out the media as usual, saying, "The dishonest media which has published one false story after another with no sources, even though they pretend they have them, they make them up in many cases, they just don't want to report the truth and they've been calling us wrong now for two years." He promised to repeal Obamacare and drain the swamp. He claimed he was going to rebuild America's infrastructure and patted himself on the back for his great Supreme Court. He said that under his direction, “gang members and drug dealers" were "right now, as I speak, being thrown out of the country. And they will not be let back in. We will have strong borders again.” The crowd joyfully chanted "Build the wall," "Lock her up!" and "Drain the swamp!" They were obviously thrilled to be part of Trump's following. It was quite a spectacle.

No, I'm not talking about Trump's big rally on Tuesday night. I'm speaking of the one just 29 days after he was inaugurated:

And yes, it was a campaign event:

The Trump campaign billed Tuesday night's rally as his "official" 2020 campaign announcement — but let's be serious. He has never stopped campaigning. He held rallies during the presidential transition and throughout the first two and half years of his administration that could in no way be interpreted as anything else. They were all nearly exactly the same as his 2016 campaign. And the one he held this week was little different.

He even went after Hillary Clinton:

If you want to know how the system is rigged, just compared how they came after us for three years with everything they had compared to the free pass they gave to Hillary and her aides after they set an illegal server, destroyed evidence, deleted an acid washed 33,000 emails, exposed classified information, and turned the State Department into a pay-for-play cash machine. 33,000 emails deleted!

In fact, he repeatedly railed against Clinton and Barack Obama's alleged crimes and malfeasance in office. Strangely he had not a word to say about any of his potential 2020 opponents.

But then, it's clear that Trump's fans in the crowd weren't there to hear any new material. They were like a PBS senior citizen audience gathered to see a line-up of aging 1960s icons perform for fundraising week. They wanted to hear all the hits so they could chant along with all the old familiar slogans and boo and cheer at all the usual punchlines. He even named all the members of the family band:

He did rattle off a list of his supposed accomplishments, lying about the numbers and bragging about his presidential achievements the way he used to brag about his fortune. He called out Sens. Lindsey Graham and Marco Rubio in the audience to thank them for their service — their service to him, that is. (He even implied that Graham had been struggling until he became a full-blown Trump sycophant, which had to have rankled just a bit.)

And yes he talked about the "Witch Hunt" with all the usual lines of "no collusion, no obstruction." (Interestingly, the audience didn't join him in that chant. It seemed as if he expected them to.) And he attacked Democrats explicitly:

The Democrats don’t care about Russia. They only care about their own political power. They went after my family, my business, my finances, my employees, almost everyone that I have ever known or worked with. But they are really going after you. That’s what it is it is all about. It’s not about us, it’s about you. They tried to erase your vote, erase your legacy of the greatest campaign and the greatest election probably in the history of our country.

This was part of his prepared speech on the teleprompter and it was the one departure from his usual rally blather. He said more than once that the Democrats weren't just trying to destroy him, they were trying to destroy his followers as well. That's not something Trump says very comfortably because, in his mind, everything is about him. So I wouldn't expect it to stick. But whoever wrote his speech was clearly trying to incite the crowd to see the coming political battle between Trump and the Democratic nominee as an attack on them.

I didn't get the sense that the people in that audience really felt that. They were there to see their idol and were just anxiously waiting for the next call-and-response so they could participate in the program. But if the campaign continues with that approach it's going to be even uglier than we expected.

Trump did talk a little bit about the future. He said that he would cure cancer, eradicate AIDS and "lay the foundation" for a Mars landing in his second term. So that's exciting. And he told outright lies, saying he would have 400 miles of his wall built before the end of the year. But he never mentioned his latest plan for the immediate future, which he announced Monday night on Twitter:

Threats of mass deportation were a staple of Trump's rallies in 2016, so it's odd that he didn't mention this shocking plan during this Greatest Hits rally in Orlando. It's usually a big crowd-pleaser. (He did mention it at the White House before he left, denying reports that ICE had been caught off guard and was not prepared to rapidly remove millions of people from the country on his orders.) But it was more than a little disconcerting to see that tweet one day and see this the next:

Trump cares. He considers them "very fine people."  He also knows they are among his most loyal and fanatical fans and you can bet he's going to be playing their favorite tunes a lot over the next 18 months.