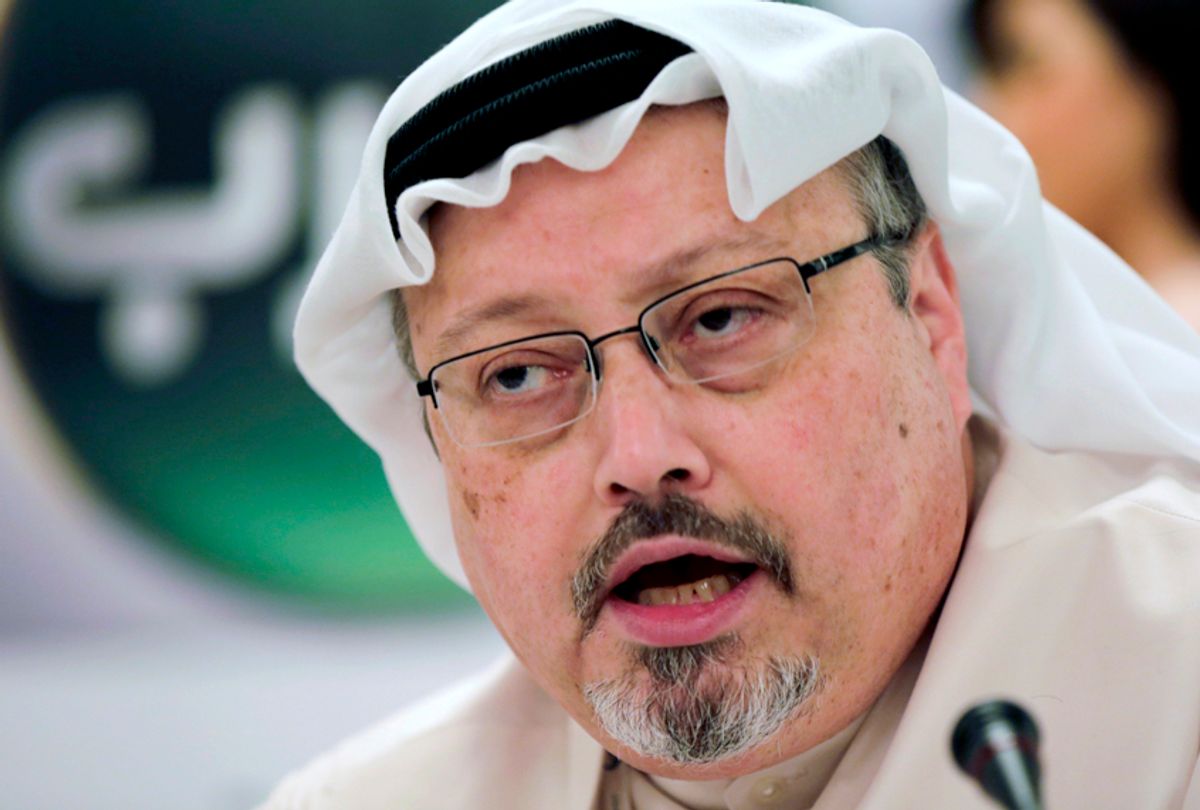 Saudi Arabia is responsible for the "deliberate, premeditated execution" of journalist Jamal Khashoggi in its Istanbul consulate last year, and there is "credible evidence" justifying an investigation into the role of Saudi Crown Prince Mohammed bin Salman, according to a report published Wednesday by the United Nations special rapporteur.

In the independent 101-page report into the journalist's brutal murder last October, U.N. investigator Agnes Callamard said the crown prince and individuals allegedly involved in Khashoggi's murder should be hit by "targeted sanctions until and unless evidence is provided and corroborated that he carries no responsibilities for this execution."

Khashoggi, a permanent U.S. resident and columnist at the Washington Post, was executed and dismembered after entering the Saudi consulate in Istanbul in October 2018. He was a complicated figure, who went from being a Saudi royal family insider to one of the country's most vocal critics, a public stance that resulted in his decision to go into self-imposed exile roughly six months after Saudi Arabia's government banned him from writing and making TV appearances.

Khashoggi then became a U.S. resident — splitting time between Virginia, London and Istanbul — and continued to criticize the kingdom's policies from afar in columns for the Post. He visited the Saudi Consulate in Istanbul on Oct. 2 to collect a document that would allow him to marry his Turkish financée but never returned.

Khashoggi's killing and the botched Saudi response immediately sparked international calls for accountability for those responsible, which appeared to catch kingdom officials off guard. Following the murder, President Donald Trump's administration faced criticism for its defense of the U.S.-Saudi relationship.

The special rapporteur noted the "extreme sensitivity" of considering the criminal responsibility of the crown prince, as well as Saud al-Qahtani, a top aide to the Saudi royal court who was fired but has not been charged.

"No conclusion is made as to guilt," she wrote of Salman and Alqahtani. "The only conclusion made is that there is credible evidence meriting further investigation."

"The steps taken by Saudi Arabia, in response to the execution, are not only insufficient," she said. "Their responses have themselves violated international human rights standards, both substantively and procedurally and failed to address the violations of international law."

Callamard said this was particularly true of the crown prince, noting it is "inconceivable that an operation of this scale could be implemented without the Crown Prince being aware, at minimum, that some of mission of a criminal nature, directed at Mr. Khashoggi, was being launched." In addition, she added, those directly implicated in the murder reported to bin Salman, who has a documented record of other human rights violations.

The report did not elaborate on the human rights violations, but it concluded that Saudi Arabia was ultimately responsible for Khashoggi's death, even though it remains unclear which official ordered the writer's killing.

"Khashoggi's killing constituted an extrajudicial killing for which the state of the Kingdom of Saudi Arabia is responsible," it found.

The report also reconstructed events inside the consulate the day Khashoggi was killed, using audio recordings of conversations inside the Saudi Consulate in Istanbul; written forensic and police reports; and interviews with officials, witnesses and experts.

Saudi officials initially denied that Khashoggi had gone missing, but after weeks of denials and following a series of embarrassing reports and revelations, they eventually admitted that the journalist had been killed in the consulate and pinned blame on "rogue actors" — some of whom are known to have been close to the crown prince.

The CIA has concluded that the crown prince ordered Khashoggi's killing — a claim which has been vehemently rejected by Riyadh. Nonethless, Trump ignored the intelligence agency's assessment and appeared to stand with Saudi Arabia. In a statement issued in November, the president said: "We may never know all of the facts surrounding the murder of Jamal Khashoggi. In any case, our relationship is with the kingdom of Saudi Arabia."

In November, the U.S. announced sanctions against 17 Saudi officials over the killing. The State Department in publicly barred all but one of them from entering the U.S. in April for their roles in the murder. The U.S. had also previously revoked the visas for 21 unnamed Saudi individuals associated with the murder. Riyadh originally detained 21 individuals, eleven of whom are on trial in the kingdom.

Callamard said current sanctions do not go far enough and "fail to address the central questions of command and of senior leadership's responsibilities for and associated with the execution."

These sanctions "fail to correspond to the gravity of the crime or to the fact that the state of Saudi Arabia is ultimately responsible for the violation of Mr. Khashoggi's right to life," she said.

Germany is "the only western government to suspend future arms sales to Saudi Arabia, the world's largest arms importer," the report said.

The timing of the two approvals prompted fierce backlash from Republicans and Democrats in Congress.

Sen. Tim Kaine, D-Va., a member of the Senate Foreign Relations Committee, claimed the approvals added to a "disturbing pattern of behavior" by the Trump administration, which he said included bypassing Congress to push through an arms sale to Saudi Arabia ⁠— a move that sparked bipartisan condemnation ⁠— supporting the Saudi-led war in Yemen, overlooking the regime's detention of women's rights activists and failing to comply with a law requiring the administration to reach a determination about the Saudi government's role in the killing of Khashoggi.

"President Trump's eagerness to give the Saudis anything they want ⁠— over bipartisan Congressional objection ⁠— harms American national security interests and is one of many steps the administration is taking that is fueling a dangerous escalation of tension in the region," Kaine said in a statement.

Sen. Lindsey Graham, R-S.C., a close ally of the president, said in a statement at the time, "While I understand that Saudi Arabia is a strategic ally, the behavior of Mohammed bin Salman cannot be ignored. Now is not the time to do business as usual with Saudi Arabia."

The Trump administration has defended its relationship with Riyadh amid updates on the Khashoggi case, arguing the country remains a key U.S. ally in the Middle East against Iran.

Saudi Arabia has said it wants to build nuclear power plants in the Middle East with help from U.S. companies, but it has so far refused to sign an agreement which would ensure that it does not develop nuclear weapons and include a restriction on uranium enrichment and reprocessing spent nuclear fuel.

Republican Sens. Todd Young of Indiana and Marco Rubio of Florida and Democrats Edward Markey of Massachusetts and Kaine in April introduced a bill to ensure the U.S. government allows Congress to review all transfers of nuclear technology and services in advance.

Separately, the Government Accountability Office (GAO) is reviewing the executive branch's negotiations with Saudi Arabia on nuclear energy since 2009. Rubio and Sen. Robert Menendez, D-N.J., requested the review in March.

Saudi Arabia is the United States' largest arms client, with over $129 billion in approved purchases.

Additionally, it was revealed late last year that Jared Kushner, the son-in-law and senior adviser to Trump, advised bin Salman on how to manage international outrage in the wake of Khashoggi's killing.

More recently, Kushner refused to say whether he believed the crown prince was responsible for Khashoggi's death. The president's son-in-law said he was awaiting the results of an investigation to determine who is at fault, even though the CIA concluded that blame rests with the crown prince.