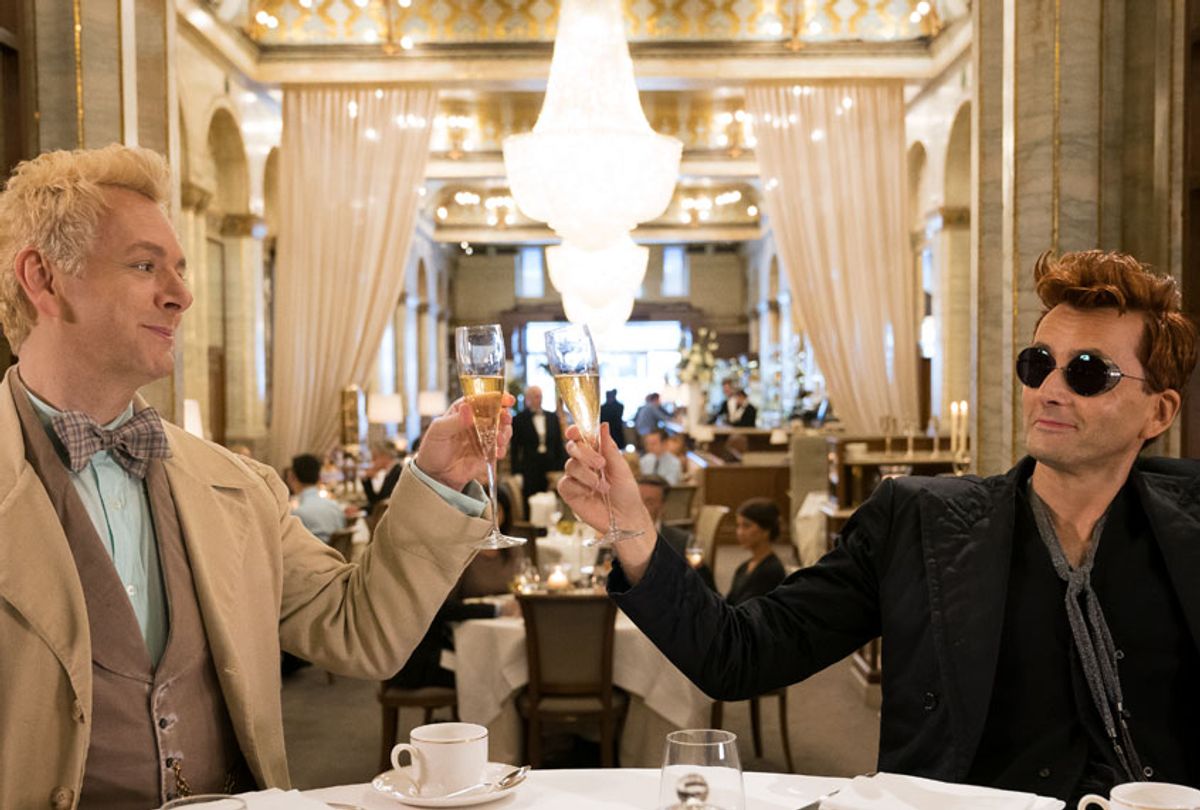 A U.S. Christian group has put together a petition calling for the cancellation of Neil Gaiman and Terry Pratchett’s “Good Omens” — unfortunately, the letter is addressed to Netflix and the show is produced by Amazon Prime. The letter, which has already amassed 20,000 signatures, contends that the series is “another step to make satanism appear normal, light and acceptable,” and takes issue with God being voiced by a woman. (God is played by the incomparable Frances McDormand.)

The six-episode series premiered on Amazon prime last month, and is adapted from the 1990 fantasy novel of the name name, written jointly by Gaiman and Pratchett. “Good Omens” stars David Tennant as the demon Crowley and Michael Sheen as the angel Aziraphale, who work together to fight the powers of Heaven and Hell and prevent the looming apocalypse. In addition to McDormand as God (praise be), “Good Omens” features Jon Hamm as the Archangel Gabriel and Brian Cox as Death; as well as appearances by Michael McKean, Miranda Richardson, Mireille Enos, and Nick Offerman.

In the petition, titled “Tell Netflix: Cancel Blasphemous ‘Good Omens’ Series,” a Christian group called Return to Order calls the series “a mockery of God’s order and religion.” Among their gripes are the fact that “an angel and demon are good friends,” “God is voiced by a woman,” and “The Antichrist…is portrayed as a normal kid that has special powers.” The petition concludes with a demand to “Stop promoting evil!”

No stranger to controversy, Gaiman took the petition in stride. “I love that they are going to write to Netflix to try and get #GoodOmens cancelled. Says it all really,” the author tweeted. The user who directed Gaiman to the petition joked: “I think Mr. Gaiman and Mr. Pratchett would be very pleased with this complaint.”

“Good Omens” received generally positive reviews from less religious critics, currently holding an 83% Fresh score on Rotten Tomatoes. IndieWire’s Ben Travers was less convinced, writing in his C+ review: “Anyone willing to forgive its hodgepodge of plotting and dearth of dynamic characters will have a bit of fun with the two crackling leads; it’s just with such lofty potential, it’s hard not to be disappointed in the flawed results.”