Whoopi rips Democrats for suggesting Biden is a racist: "He sat for eight years with a black guy“

“You don't like some of the stuff he has done? Say that, but you can't call the dude a racist,” Goldberg says 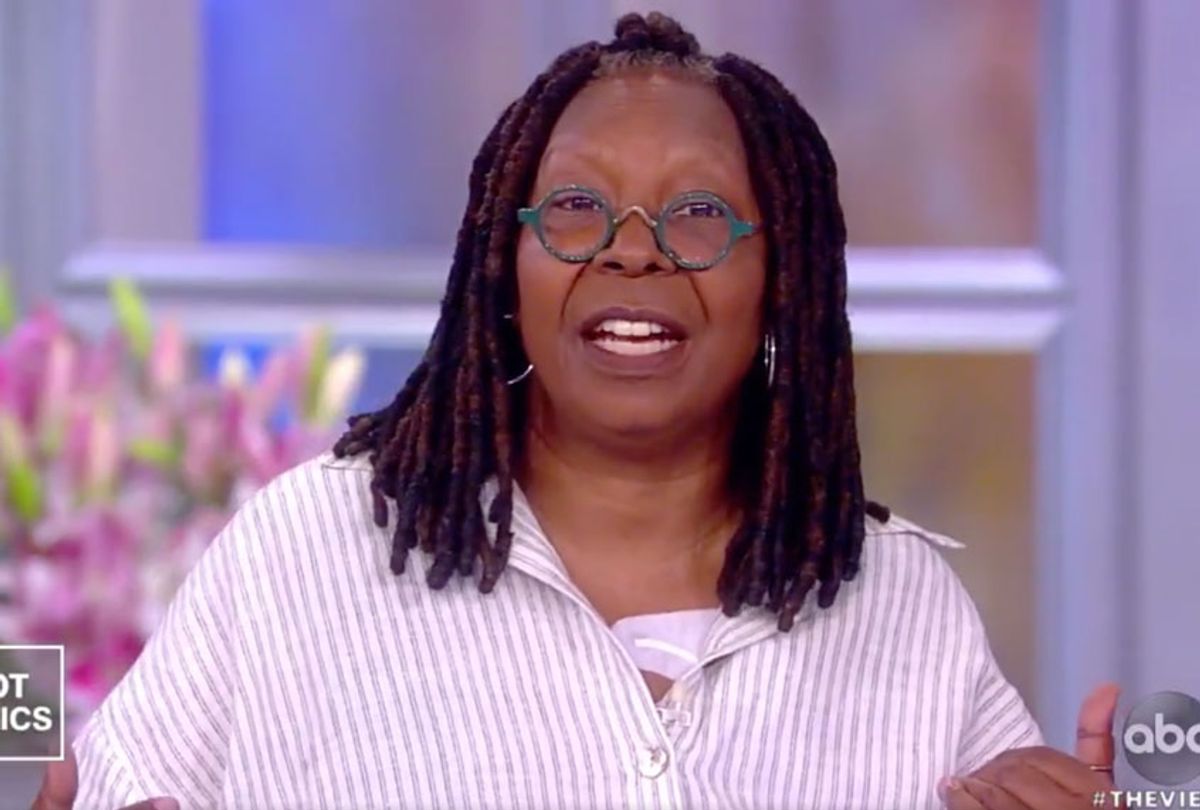 Whoopi Goldberg defended Joe Biden on Thursday over comments the former vice president made about his working relationship decades ago with fervent segregationist senators in an effort to stress the importance of "civility" in Congress.

Biden has faced mounting backlash for the comments he made at a Tuesday fundraiser, in which he touted his experience working with the late Sens. James Eastland of Mississippi and Herman Talmadge of Georgia.

Eastland, in addition to his opposition to racial integration, ridiculed black soldiers during World War II, claimed the 1964 murder of three civil rights workers in Mississippi was a "publicity stunt" and described black ferior as belonging to an "inferior race." Talmadge, meanwhile, once declared that "God advocates segregation" and boycotted the Democratic National Convention, along with a dozen other southern senators, after former President Lyndon Johnson signed the Civil Rights Act of 1964.

Speaking on "The View," Goldberg pointed out that she grew up in an era of segregation.

"You have to work with people you don't like," she added.

The longtime moderator of "The View" then criticized some of Biden’s rivals for the 2020 Democratic nomination who called on Biden to apologize, including Sens. Cory Booker of New Jersey and Kamala Harris of California, two candidates of color. (The former vice president has refused to apologize.)

"Beat him — beat Biden in the debates. You know?”Goldberg said. "If you can beat him, beat him. Don't try to make him out a racist. You don't like some of the stuff he has done? Say that, but you can't call the dude a racist."

"He sat for eight years with a black guy. Did he have a noose in the background? Come on – come on!" Goldberg exclaimed, referring to Biden's tenure as former President Barack Obama's vice president.

The audience erupted in applause as Goldberg continued, proclaiming that there are "real racists" out there and that "nobody who is running has a perfect record."

Conservative co-host Ana Navarro said she believed Booker was "taking advantage of the situation to try and get some attention" in a crowded Democratic primary field that features more than 20 candidates. While she does not believe that Biden is a racist, Navarro criticized the former vice president for "dragging up these dead racists instead of talking about the live racists" who attend President Donald Trump's campaign rallies.

Sunny Hostin, another co-host on the panel, chimed in to say she would "never" call Biden a racist, "especially when there is a true racist sitting in the White House. However, Hostin said she believes Biden has "racial blind spots."

Biden's campaign has pushed back fiercely against the barrage of criticism he has received from 2020 presidential candidates.

"@JoeBiden did not praise a segregationist. That is a disingenuous take. He basically said sometimes in Congress, one has to work with terrible or down right racist folks to get things done. And then went on to say when you can't work with them, work around them," tweeted Symone Sanders, a senior adviser for the Biden campaign and prominent black political strategist.