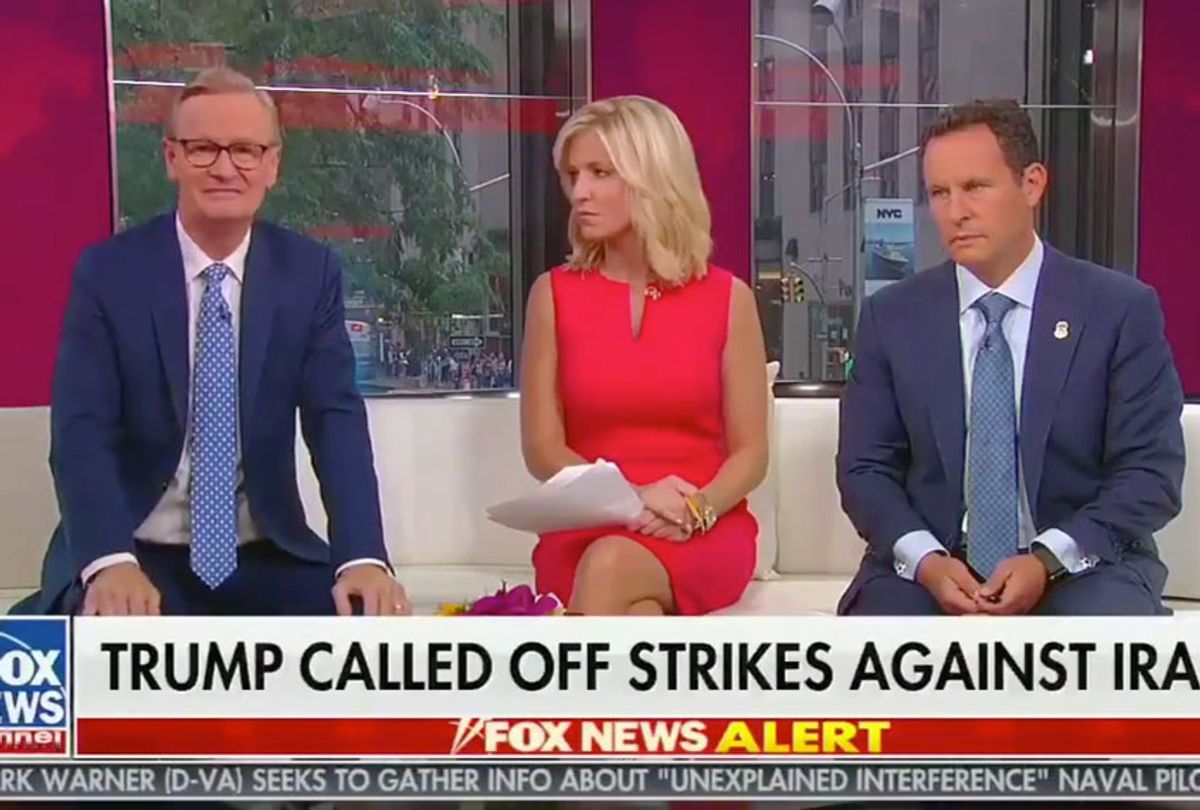 While discussing a Reuters report about the president telling Iran that he “he was against any war with Iran and wanted to talk to Tehran about various issues,” Kilmeade fumed that diplomacy was on the table at all.

“Why would we talk to them?” he asked incredulously. “They’re blowing up tankers of our allies, then they blow up our drone, and then we’ll talk to them? It makes us look so weak!”

Co-host Ainsley Earhardt defended the president by pointing out that he’d hit Iran with stinging sanctions — but Kilmeade countered that Iran had conducted “seven weeks” worth of “attacks on us and our allies.”

Kilmeade also knocked the president for saying that Iran shot down an American drone by “mistake,” which the Fox host described as “giving them an out.”