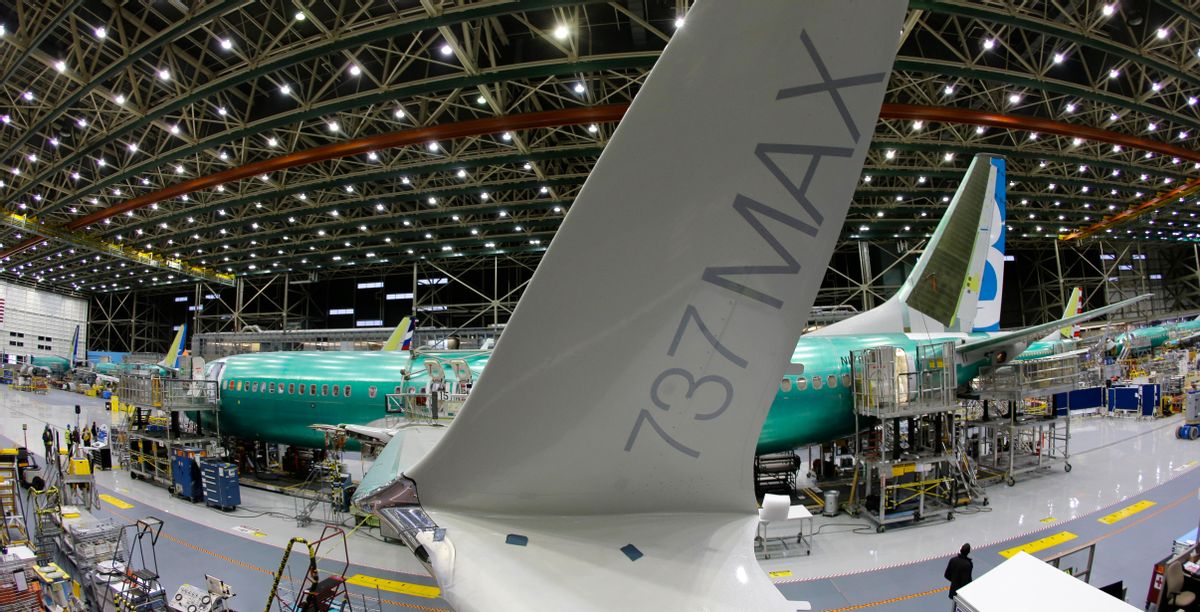 Boeing has a serious problem on its hands. After a pair of fatal crashes that claimed hundreds of lives, the company’s 737 Max jetliner has been seriously tarnished. Nobody really wants to fly on the planes, even if Boeing can figure out how to keep them from killing people, and that means the hundreds of planes sitting around in storage right now may have a tough road ahead.

Now, Boeing says it might have a plan for dealing with the complete loss of public trust in the 737 Max line, and it could be as simple as just changing its name. As Bloomberg reports, Boeing CFO Greg Smith noted the possibility of a name change in an interview during the Paris Air Show this week.

“I’d say we’re being open-minded to all the input we get,” Smith reportedly said. “We’re committed to doing what we need to do to restore it. If that means changing the brand to restore it, then we’ll address that. If it doesn’t, we’ll address whatever is a high priority.”

Boeing followed up the interview with an official statement in which it reiterated its desire to make the plane, you know, not crash. The company also said it had “no plans” to change the name of the 737 Max at the moment, but it’s also worth noting that the planes are still grounded, so a name change probably wouldn’t do them any good, yet.

The first order of business for Boeing is obviously fixing whatever is wrong with its jets. Reports following the second fatal crash suggested that flight software which was designed to avoid a stall may have been to blame for sending both planes plummeting to the Earth, but details have been hard to come by in the months since those reports surfaced.

It’ll be interesting to see how Boeing handles things once its planes are inevitably cleared to fly once more. Will travelers simply forget the history of the Max line, or ignore it? If not, a name change might be one way to get butts in the seats again.