Latest blatant Trump grift: Now the president wants to host a G7 summit at his failing golf club near Miami 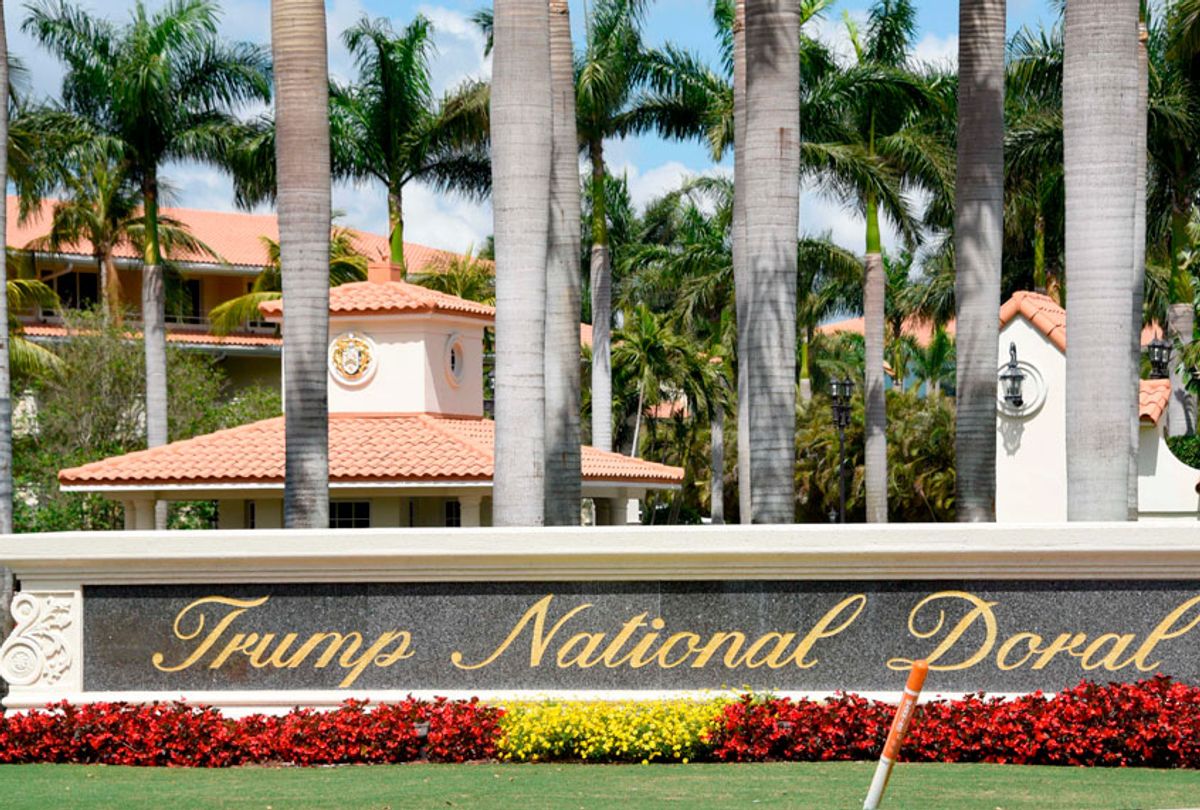 Trump visited the Doral resort for the first time in his presidency this week after holding a rally in Orlando to attend a fundraiser for his re-election campaign, the Washington Post reported. It marked the 126th visit to one of his properties since he was inaugurated.

Trump likes to visit his own properties so much that he suggested holding next year’s G7 summit, a gathering of leaders from the U.S., Britain, Canada, France, Germany, Italy and Japan, at the Doral resort or one of his other luxury properties, former and current White House officials told the Post.

Aides said that White House staffers and even the White House counsel’s office have pushed back on Trump’s official visits to his properties and voiced concerns about the appearance of him using the power of the presidency to direct taxpayer money into his own companies.

Trump has not listened to the aides and overruled a recommendation against visiting his Turnberry golf club in Scotland last year. He has since visited his golf clubs in Ireland, Los Angeles and now South Florida on official trips.

The trips have been a boon for the resorts. His companies have earned at least $1.6 million in revenue from federal officials and Republican campaigns who had to travel with Trump, according to an analysis by the Post, which reported that the real number is likely much higher because the data used only covered spending through the first half of 2017.

Republicans have even “reshaped” their fundraising schedule, with one-third of fundraisers and donor events attended by Trump being held at his own properties, according to the report. Republican fundraisers told the Post that several groups have held events at Trump’s properties in order to increase the chance that the president will attend.

“The president knows that by visiting his properties, taxpayer dollars will flow directly into his own pockets. Then, unsurprisingly, the president visits his properties all the time,” Ryan Shapiro of the watchdog group Property for the People told the Post.

An earlier analysis found that the Trump campaign and more than three dozen members of Congress had spent upwards of $4 million at Trump’s properties.

The increased political spending at Trump’s properties is at the center of a lawsuit brought by the attorneys general of Maryland and the District of Columbia, who allege that Trump’s profits violate laws barring the president from receiving gifts or additional payments from the federal government. Both attorneys general are also alleging that Trump violated the emoluments clause of the Constitution because his Washington hotel accepts payments from foreign governments.

House Democrats passed an amendment in response to Trump’s frequent trips to his properties, seeking to bar the State Department from spending any money at his businesses.

“It’s against the emoluments clause of the Constitution to be making money out of the job,” said Rep. Steve Cohen of Tennessee, a Democrat who sponsored the amendment. “And he does it every chance he can.”

Last year, taxpayers paid at least $30,000 for meeting rooms and hotel stays for then-Secretary of State Rex Tillerson and other officials in luxury suites when Trump hosted Chinese President Xi Jinping at his Mar-a-Lago resort in Palm Beach.

According to State Department emails obtained by Property of the People, the rooms cost 300 percent more than the maximum amount allowed by government policies. Taxpayers were also hit with a $1,000 bar tab that Trump aides ran up at the club, ProPublica reported.

Trump’s repeated trips to his resorts came as both his Doral and Mar-a-Lago properties have struggled to draw non-government business.

“They are severely underperforming,” a Trump tax consultant told officials earlier this year while seeking tax relief for the properties. “There is some negative connotation that is associated with the brand.”