More than a quarter of the money spent has come from Trump's own presidential campaign, according to a new analysis 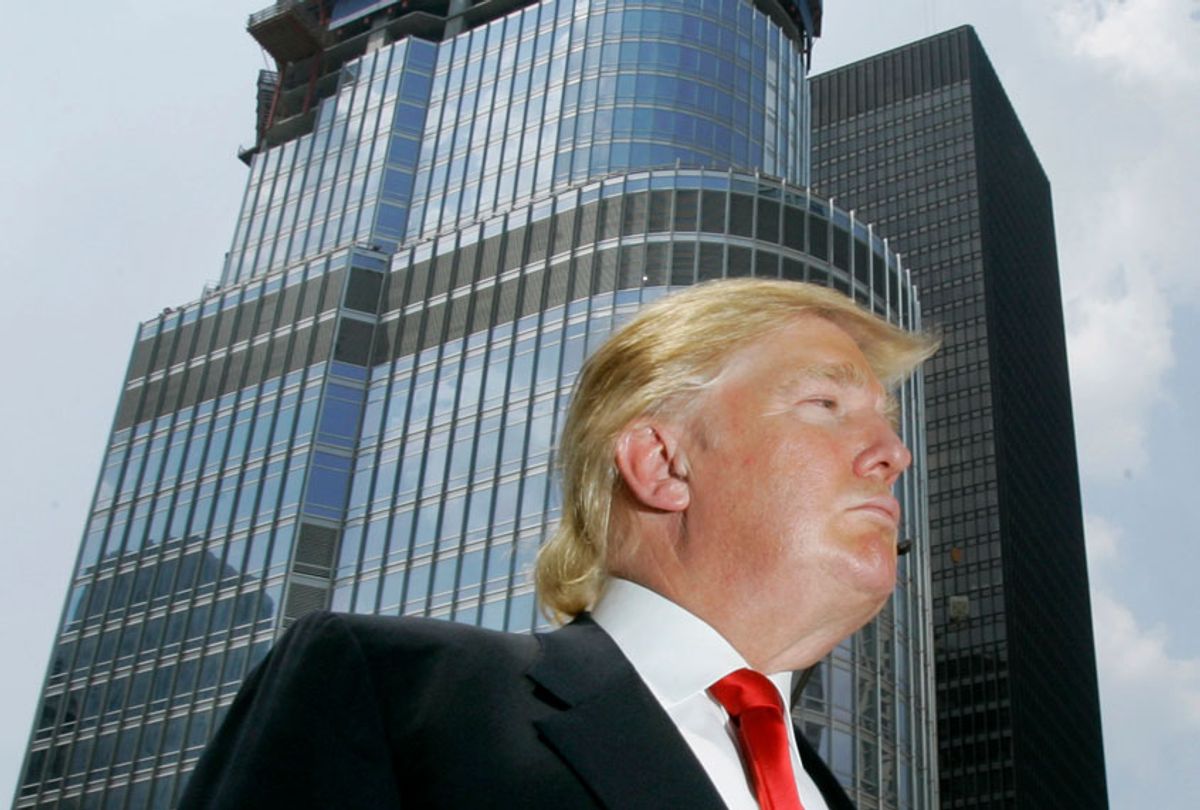 Republicans have spent more than $4 million at hotel, golf and vineyard properties that bear President Donald Trump's name since he was inaugurated in January 2017, according to a report published Friday by The Hill.

More than three dozen members of Congress have held fundraisers or spent the night at the president's properties, the news outlet reported, citing filings with the Federal Election Commission (FEC).

More than a quarter of the money spent has come from Trump's own presidential campaign, which has reportedly paid his businesses nearly $1.5 million over the last two years.

Watchdog groups and lawmakers have raised concerns over the possibility that Trump could be illegally profiting off of the presidency as candidates, foreign governments and corporate interest groups friendly to the president's agenda have booked rooms and gathered at Trump properties in an apparent attempt to curry favor with the administration.

The Trump International Hotel in Washington, located just blocks from the White house, has particularly emerged as a source of tension. The president's annual financial disclosure, released last week by the White House, revealed Trump generated $40.8 million in income from the property.

Attorneys general in the District of Columbia and Maryland have accused Trump of violating the U.S. Constitution's Emoluments Clause, which prohibits a sitting president from accepting gifts or payments from states or foreign governments without congressional approval. (The Trump Organization announced last February that it donated profits generated from conducting hotel revenue with foreign governments to the U.S. Treasury, although it declined to reveal the amount of the contributions and how those amounts were calculated. It also refused to identify those foreign customers.)

Earlier this year, the inspector general of the General Services Administration (GSA) said the agency ignored guidelines detailed in the U.S. Constitution by allowing the Trump Organization to maintain its government-issued lease of the Trump International Hotel after Trump became president.

"The Trump Hotel is a glaring physical symbol of the Trump Administration's refusal to play by the same rules as everyone else," House Oversight Committee Chairman Elijah Cummings said at the time.

Still, the U.S. Constitution does not prohibit a campaign from spending money at a company that benefits a candidate — and the Trump campaign and the Republican National Committee (RNC) said they did not see anything wrong with hosting events at the president's properties.

Trump campaign spokesman Tim Murtaugh told The Hill that the campaign "pays market rates for venues, and we report all expenditures as required by law to the FEC." RNC spokesman Michael Joyce meanwhile said the party's donors "enjoy visiting Trump properties and have also pointed to the security, convenience and price as factors" in the decision to hold formal RNC meetings at the properties.

The Hill noted Republican spending at the president's properties has surged significantly since Trump took the helm at the White House. The news outlet pointed to an analysis by Citizens for Responsibility and Ethics in Washington (CREW), a watchdog organization, which found Republican campaigns spent only $468,382 at Trump-owned properties in the dozen years before he announced his presidential campaign in 2015. Since Trump became president, more than 150 political groups, including campaigns and committees, spent nearly $5 million at Trump businesses, the CREW report found.

"This isn't a continuation of a trend. It's not as though Trump properties were a draw for fundraisers in the past," Robert Maguire, CREW's research director, told The Hill. "Trump came into office presenting an unprecedented set of conflicts of interest stemming from his refusal to divest from his businesses. What this spending shows is that far from being a check on these conflicts of interest, his political allies embraced it and fueled it. He's actively trying to profit off of the presidency."