“GSA had an obligation to uphold and enforce the Constitution,” the new inspector general report finds 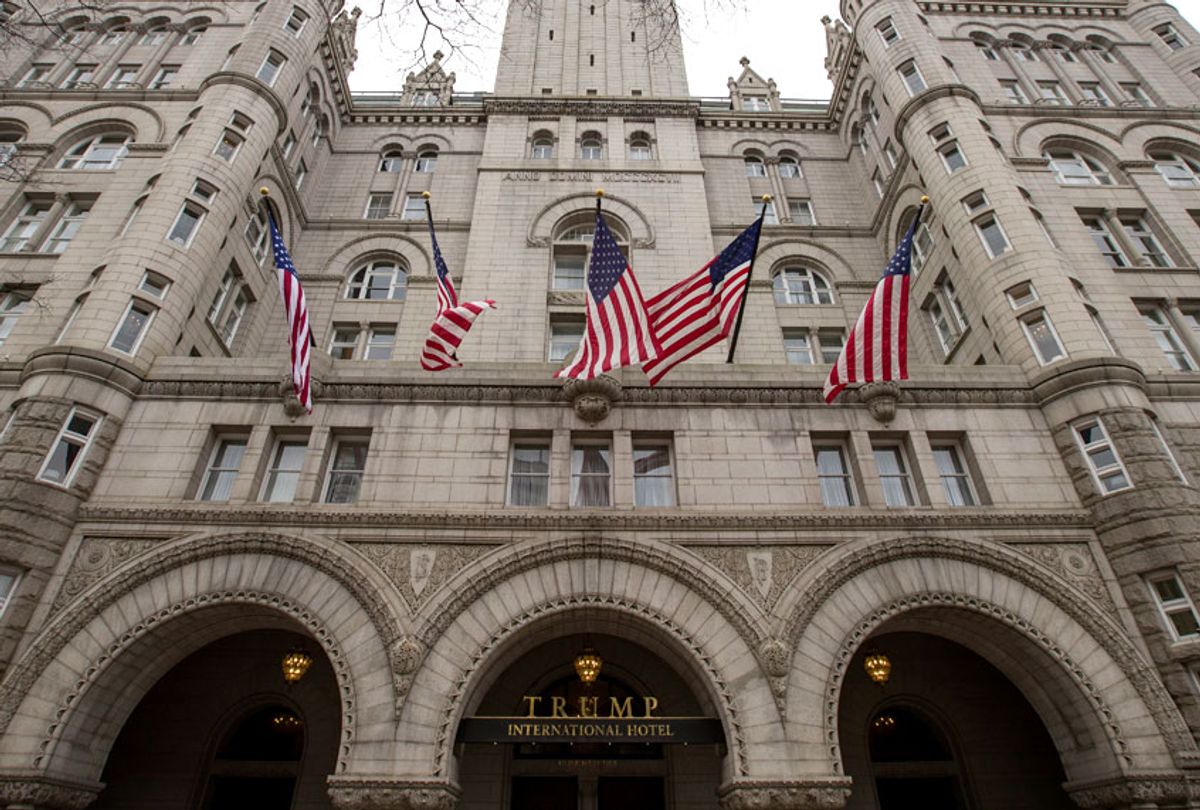 The inspector general of the General Services Administration (GSA) on Wednesday issued a report finding that the agency ignored guidelines detailed in the U.S. Constitution's Emoluments Clause when it allowed Donald Trump to retain the lease of a historic government building in Washington, which now houses the capitol city’s Trump International Hotel, after he became president.

The government watchdog found fault with the agency's review of its lease of the Old Post Office Pavilion, a landmark building located just blocks away from the White House on Pennsylvania Avenue, which was leased by the Trump Organization in 2013 for 60 years. In 2016 and 2017, the agency allowed the Trump Organization to maintain its government-issued lease, even though concerns about potential conflicts of interests and the Emoluments Clauses were raised, the report noted.

"GSA's decision-making process related to Tenant's possible breach of the lease included serious shortcomings. GSA had an obligation to uphold and enforce the Constitution. However, GSA opted not to seek any guidance from OLC and did not address the constitutional issues related to the management of the lease," the report states.

The original lease stated that an elected federal official could not participate in the lease or any benefit that may arise from it. In March 2017, after Trump was elected president, the GSA issued a 166-page decision concluding that his company was in "full compliance" with the lease based on its review of the lease, discussions with Trump Hotel LLC representatives and documents it submitted. The decision also found that the company met the terms of the lease, because the president resigned from a formal position with the company so he would not receive direct proceeds from the hotel while in office. However, according to the most recent inspector general report, the GSA ignored "issues under the Constitution's Emoluments Clause that might cause a breach of the lease."

Since taking office, Trump has maintained his interest in the Trump Organization, against the advice of government ethics experts, which he put it in a trust. The company is being managed by his two adult sons Donald Jr. and Eric. The Washington hotel has been a particular source of controversy, as it has become a magnet for lobbyists, foreign governments and organizations friendly to the president's agenda, who have given the appearance of gathering at the establishment in an attempt to gain favor with the White House, which is located within walking distance.

"The Trump Hotel is a glaring physical symbol of the Trump Administration's refusal to play by the same rules as everyone else," Rep. Elijah Cummings (D-Md.) and chairman of the House Oversight Committee said Wednesday in a statement. Another Democratic member of the committee, Rep. Gerry Connolly (D-Va.) said corruption and conflicts of interest in Trump's administration are "pervasive" and urged his colleagues to investigate Trump's hotel.

The hotel is the subject of an ongoing lawsuit from the District of Columbia and Maryland in the 4th U.S. Circuit Court of Appeals alleging that Trump is illegally profiting off the presidency by accepting payments through his luxury hotel in Washington. Arguments in the case are scheduled for March.

Filed in June 2017, the suit accuses Trump of violating two "emoluments" clauses of the Constitution, which prohibit a sitting president from accepting gifts or payments from states or foreign governments without congressional approval. The Trump Organization announced in February that it donated profits generated from conducting hotel business with foreign governments to the U.S. Treasury, although it declined to reveal the amount of the contributions and how those amounts were calculated. It also refused to identify those foreign customers. Those numbers would likely provide the first clear picture of the finances of Trump's Washington hotel.