Vaccines don't cause autism — here's why

Say it loud to your vaccine-skeptic friends: There is no good reason to not vaccinate yourself or your children 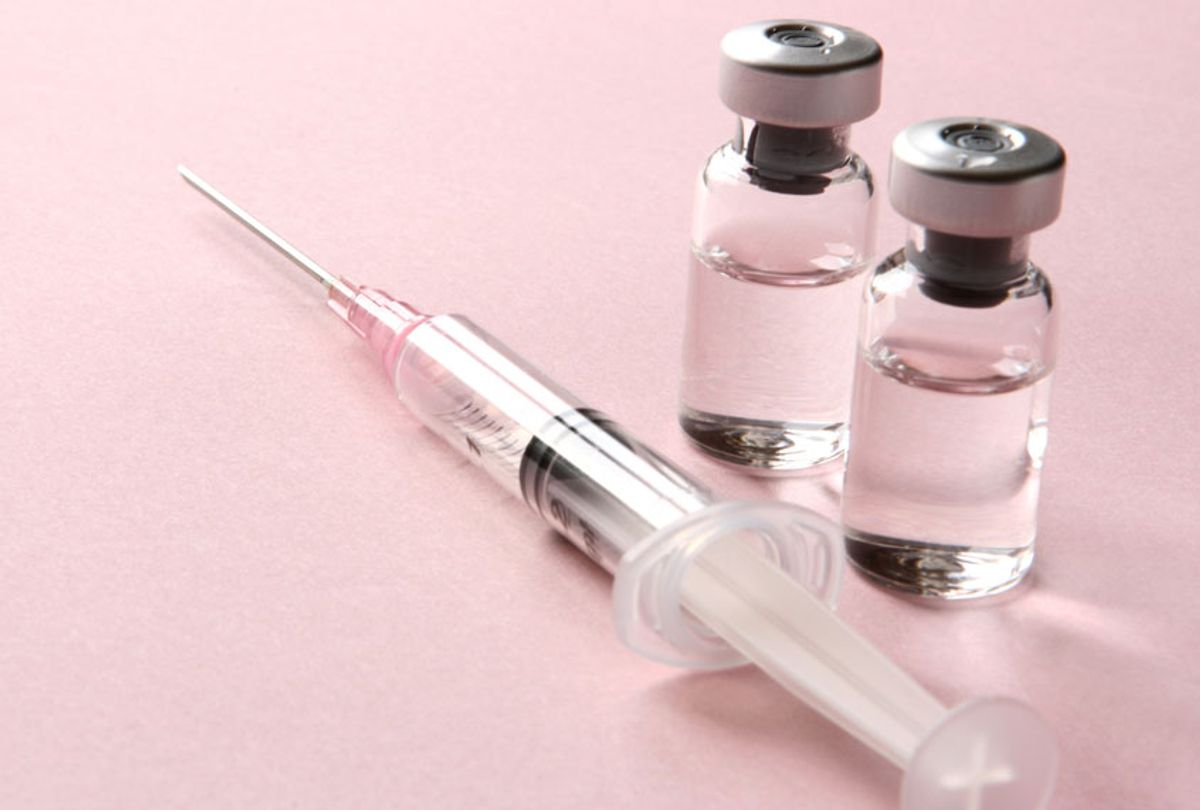 The debate over vaccines isn't going anywhere — which is a shame, because it definitely needs to go away.

There is no good reason to not vaccinate yourself or your children. Yet thanks to the absurd belief that vaccines are linked to autism, America is now facing a measles outbreak nearly twenty years after the disease had been effectively eliminated from this country in 2000. Actress Jessica Biel recently drew new attention to the so-called "anti-vaxxer" movement by lobbying against a pro-vaccine bill with Robert F. Kennedy Jr. (she has since then insisted that she is not "against vaccinations"). Before her, of course, Jenny McCarthy infamously made the case for years that vaccines had to be exposed as autism-causing agents.

There are many pseudoscientific arguments out there that have gained currency, but few are as dangerous as this one. Let's explore why.

1. Vaccines are an extremely effective way of stopping dangerous diseases.

Vaccines were invented to stop deadly diseases — and they work.

"Vaccines give the body an antigen that looks enough like the actual disease for the body to create an immune response, but not close enough to actually cause the disease," Dr. Daniel Salmon from Johns Hopkins University's Bloomberg School of Public Health told Salon by email. "This provides the vaccinated person’s body with the ability to fight off the disease if ever exposed. Vaccines also protect the rest of the public through what is called community immunity. As more people are vaccinated and thus protected from the disease, the disease will spread less among the community. When enough people are vaccinated, the disease won’t be able to circulate at all."

2. When you don't get vaccinated, you aren't just risking your own life. You are endangering other people as well.

The measles outbreak, and other potential outbreaks, are caused by too many people not being vaccinated.

"Vaccine-preventable diseases are transmitted from one susceptible (that is, not immune) person to another susceptible person, usually (but not always) by the airborne route (hepatitis B, for instance, is transmitted by contact with infected blood or other body fluids)," Dr. William Atkinson, the Immunization Action Coalition's associate director for immunization education, told Salon by email. "If immunity in a population of people is very high because most people are vaccinated a single case does not result in transmission or an outbreak because everyone the infected person comes in contact with is already immune. If there are 'pockets' or groups of people who are not vaccinated (hence susceptible) a single case can lead to an outbreak. That is basically what is happening with measles in the United States now."

3. The belief that vaccines can be linked to autism is based on a debunked hoax.

Just to be clear: There is no reputable scientist who believes vaccines are linked to autism.

"The autism/measles vaccine myth originated with a paper published in the British medical journal The Lancet in 1998," Atkinson explained. "The first author was gastroenterologist Andrew Wakefield. This was a very small series of 12 children with bowel disease and autism which Wakefield attributed to measles vaccine. The evidence Wakefield presented did not support this conclusion but it started a firestorm of concerns about measles vaccine, both in the UK and in the United States, and led to reduced levels of measles vaccination coverage, particularly in the UK. The paper was formally retracted by 10 or the 12 authors and by The Lancet in 2004. Wakefield lost his medical license in the UK because of the unethical manner in which the study was conducted (he drew blood from some of the children without parental consent and did not reveal that he was funded by attorneys who wanted to pursue lawsuits against the manufacturer of measles vaccine)."

4. The fact that vaccines do not cause autism has been demonstrated over and over again.

Even if you aren't convinced by the fact that the roots of the vaccines-cause-autism myth have been exposed, scientists have repeatedly tested that hypothesis and found it wanting.

"There have been 16 methodologically sound, controlled epidemiological studies exploring an association between autism spectrum disorder (ASD) and receipt of MMR vaccine, thimerosal in vaccines, and simultaneous vaccination with multiple vaccines, in addition to the relevant systematic reviews and one meta-analysis," Salmon told Salon. "Together, these studies included more than 1.8 million children. Notwithstanding 11 studies from another pair of authors, all of which had substantial methodological flaws, the epidemiological evidence consistently shows no association between MMR vaccine, thimerosal in vaccines, or simultaneous vaccination and ASD."

5. When you decide to put your child at risk for receiving serious illnesses because you're afraid they'll get autism, you further the stigma against autism spectrum disorders.

I don't need an expert on this one, since I am autistic myself. While it can be difficult to go through life as an autistic person, part of the reason for that is the prejudice and intolerance that I face because I am on the spectrum. When parents decide not to vaccinate their children because they're worried that they'll become like me, they send the message that life with autism is a fate worse than serious illness or even death. What's more, they betray a complete misunderstanding of how autism works; while the mechanisms behind autism are unclear, there is almost certainly a genetic component, although the extent to which it is hereditable continues to be studied.

Either way, I can tell you this much: I'd rather be autistic than suffer or die from a disease that I could have avoided.