Asked if Conway would be held in contempt for not appearing, Rep. Elijah Cummings replied, "Of course” 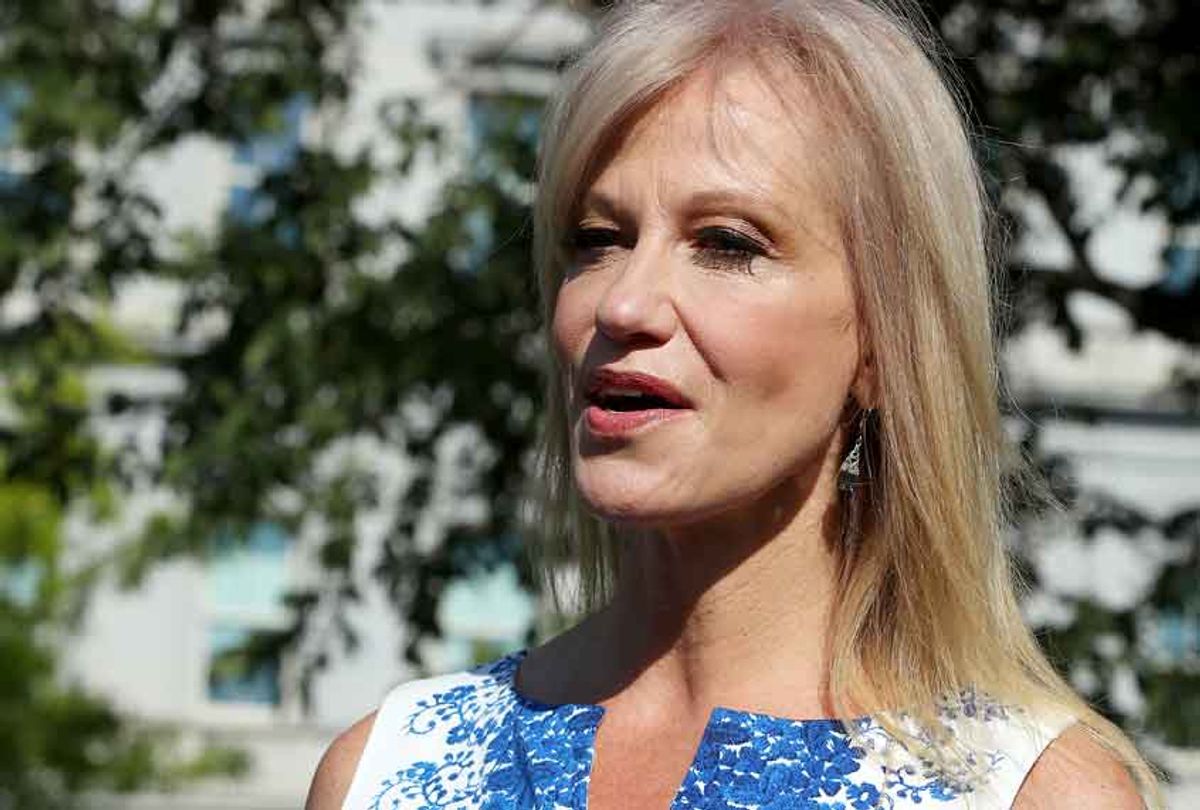 White House counselor Kellyanne Conway will not appear before the House Oversight Committee to discuss her alleged multiple violations of the Hatch Act.

According to CNN, White House counsel Pat Cipollone wrote in a letter to Chairman Elijah Cummings, D-Md., that "the precedent for members of the White House staff to decline invitations to testify before congressional committees has been consistently adhered to by administrations of both political parties and is based on clearly established constitutional doctrines."

Cummings did not respond positively to Cipollone's letter.

"We cannot have people disobeying the law. The president is not above the law, and neither is Ms. Conway above the law," Cummings said in response to Cipollone's letter.

Asked if Conway would be held in contempt for not appearing before Congress, Cummings replied, "Of course."

This is not the first time that a high-ranking member of the Trump administration has flat-out refused to appear before Congress. Attorney General William Barr incurred controversy for his own decision to disregard a congressional subpoena.

In a complaint filed with the Office of Special Counsel, executive director Noah Bookbinder wrote that "Citizens for Responsibility and Ethics in Washington ('CREW') respectfully requests that the Office of Special Counsel ('OSC') investigate whether assistant to the president Ivanka Trump violated the Hatch Act by using her social media account @IvankaTrump to post messages, including President Trump’s campaign slogan: 'Make America Great Again.'"

He added, "These actions were directed specifically toward the success or failure of Donald J. Trump, a candidate in a partisan election. By sharing these posts on a Twitter account that Ms. Trump uses for official government business, Ms. Trump engaged in political activity prohibited by law."

Conway has come under fire for allegedly using her official White House position to criticize Democrats. Her targets have ranged from a candidate in a key Senate race to a prospective opponent for Trump in the 2020 presidential election.

"She did it before, she got away with it when she trashed Doug Jones, and goes to the exact same spot trashing Joe Biden," Richard Painter, a chief ethics lawyer under President George W. Bush, told Newsweek last month.

He later added, "The presumptive punishment is firing. They should have fired her the first time. If President Trump will not remove White House officials who are clearly violating the law, he’s not doing his job and this would be yet another grounds for Congress considering impeaching and removing the president."

Conway's comment about Biden was that his speech on health care reform did not "make sense" and that "28 million Americans have no health insurance — none — nine years after Obama and Biden crowed about their health insurance plan. Why is that? Why have the Democrats all moved on from Obamacare into Medicare for All? And, in fact, does that include Joe Biden? Is Joe Biden not endorsing Obamacare the way Obama’s not endorsing Joe Biden? I wonder."