"I want to be like Betty White": Jacki Weaver on success after 60 and why ageism is "unimaginative" 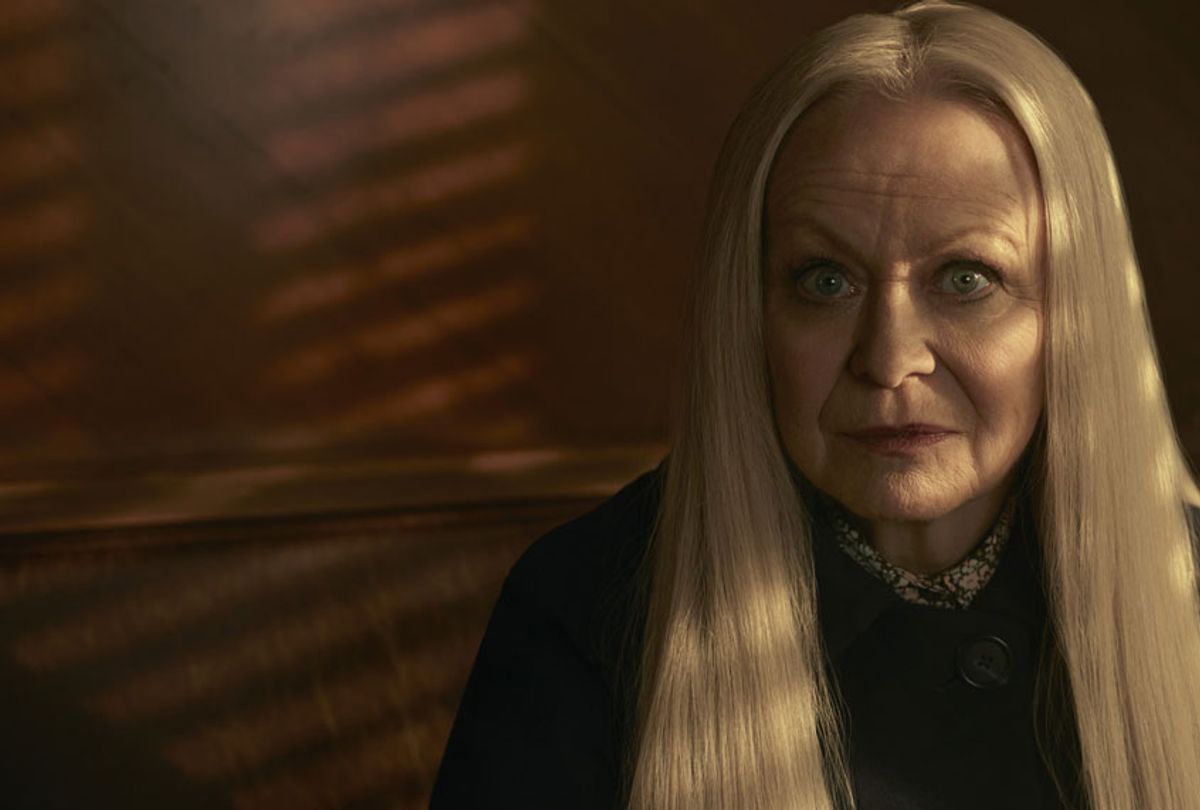 Don't let Jacki Weaver fool you. On her new Epix show "Perpetual Grace, LTD," the 71-year-old, two-time Oscar nominee sports long, pale hair, a reassuring smile — and an underlying sense of menace that will give you chills. Created by the team behind the cult Amazon hit "Patriot"and costarring Ben Kingsley and "Westworld's" Jimmi Simpson, the show has a Coen Brothers-esque balance of violence and farce, with a dark, often surprisingly romantic heart.

Salon spoke with Weaver via phone recently her industry, ageism and why she wants to be the new Betty White.

Ma is such a unique woman. She's different from anyone I've seen you play before, and different from your character earlier this year in "Poms." How did this project come about for you?

I was already an admirer of Steve Conrad and Bruce Terris, and I just thought the script was amazing. There are things you look for in a script, a narrative, and characters and great dialogue. These guys write the best dialogue, I think. It's the kind of dialogue that you just are dying to say as soon as you read it. I just said, "Yes, please," straight away. It was as simple as that. I think Ben [Kingsley] and I were the first people cast, and I think he probably said yes as rapidly as I did.

When you see Oscar nominees and winners flocking to these long-form projects like this show, it's really something to see. There is such an abundance of high quality television right now. Do you think that that speaks to a need that we have as audiences for this kind of deeper storytelling and more involved, complex, lengthier sagas?

Someone said that "Perpetual Grace" is like a 10-hour film. You can have a lot more complicated storylines and a lot more interesting characters with that story and different layers to them. But as a viewer, I find it slightly frustrating that there's just not enough time to watch everything. There's so much out there to be seen that's really great quality that you don't have time to see everything.

With your character Ma here and your character in "Poms," you are in two projects this year where people really underestimate older people and older women. "Perpetual Grace" starts with someone saying, "This is going to be easy, they're old." You've talked a lot about ageism in your industry. Have you been consciously looking, in the projects you take on and the stories that you're telling, things that run counter to that idea of what we think older people are capable of or who older people are?

I think ageism just is a problem in our culture, as opposed to some of the Asian cultures where the elderly are treated with enormous respect and in great esteem. I can't say I consciously set out looking. I'm always thrilled when there's an interesting character who's in my age group, of course. But you can't look for jobs in order to preach. You've just got to take what comes, and it's a bonus if it does address the problem that we have with ageism.

I think people who are ageist are just unimaginative, just as I think people who discriminate on any grounds are unimaginative. I honestly believe that we're all the same. That's why also I'm not very tribal. I love my country. I'm very proud of my country, but I don't think of myself as an Australian actor. I think of myself as a world actor. I think we should be able to immerse ourselves in all sorts of situations and cultures.

You are someone who one could point to and say, "Look at the success this woman has had. Her big breakthrough, two Oscar nominations in three years in her 60s." You were successful in your home for a long time, since you were a teenager. But that kind of global success and acclaim came for you later, and you've said that that was something you never were seeking out. You never were really looking for American fame, per se, and yet now here you are very much involved in all of these different projects in Hollywood and in the industry. What's changed? After "Silver Linings Playbook" and "Animal Kingdom," did you start saying, "You know what, maybe now I do kind of want to move on to this different phase in my life and in my career in acting in more American projects?"

It was a huge life challenge for me and it wasn't on my agenda. It was something that I never though possible so I never aspired to it. It was kind of handed to me. I just worked on a film that I thought was really good in Australia ["Animal Kingdom'] that was lucky enough to be embraced by the Sundance Film Festival . So then when the ball started rolling for me, it snowballed and then I got representation in America, which a lot of foreigners find very hard to get. I was lucky.

Then from there I did "Silver Linings Playbook" and that's when everything changed irrevocably. In the nine years I've been here, I always play an American. I played a lot of Americans on stage in Australia but I still meet Americans who've seen me in American films and on American television and are surprised to hear that I speak with an Australian accent.

It feels like everything you do is so different from the last thing you did, and I'm wondering if that is something that you really are seeking.

That's ideal for me. That usually comes from how I choose things. I like characters to be as different as possible from each other.

You've said that when you were younger you were getting cast as older and then you were playing teenagers when you were in your 30s. You have a quality that makes you very fluid in the ways in which you can be cast.

Yeah. The most interesting roles to play are those that are different from your actual life as possible.

Being in the role of Ma and being in that world for the ten hours of a series, that's kind of different for you. Would you like to do a season two of this?

This one is so great to be in. I love the entire cast and crew, the whole experience was a joy. I've done things that turned out well, that could be really an ordeal. But this one was a joy from start to finish. I really hope we go into a second season. I would love that. Or a third or a fourth. I did do two seasons of "Blunt Talk" with Patrick Stewart. That was 22 episodes, and I did enjoy that, too. The thing with a series is that usually you only shoot for five or six months of the year and then you've still got time to do a couple of interesting films in your off season.

When we think about diversity we don't usually talk about age diversity. Yet it feels like so many amazing roles are opening up for people who are not 35. Do you think that that's changed in the industry?

I do. I think we should remember that as a population we are getting older. With advances in health, we are lasting longer across the board. It's not just the acting profession. You see people in business keep on going well into their 80s and lasting longer. I think actors used to die sooner because they all smoked and drank too much.

Jacki, you are a very busy woman. I saw your "60 Minutes" interview that you did for Australian television. You said about how you want to keep working until you take your final step. I'm wondering if that is informed by your health crisis that you had last year [Weaver underwent surgery for a rare tumor], if that's just who you are and you just don't slow down.

I wouldn't say the health crisis changed me. I think I've always been like this. I don't want to dwindle. I want to be like Betty White. She's 97 now. I don't think she's worked for a couple of years but she was still doing a TV series at 95. I just want to be healthy enough to be able to remember my lines and not be sick.