Terry O'Quinn, in touch with his tears: "A Doritos commercial with a dog in it" made him cry

Salon talks to the "Lost" star about his beautiful and strange Amazon series "Patriot," now back for season 2 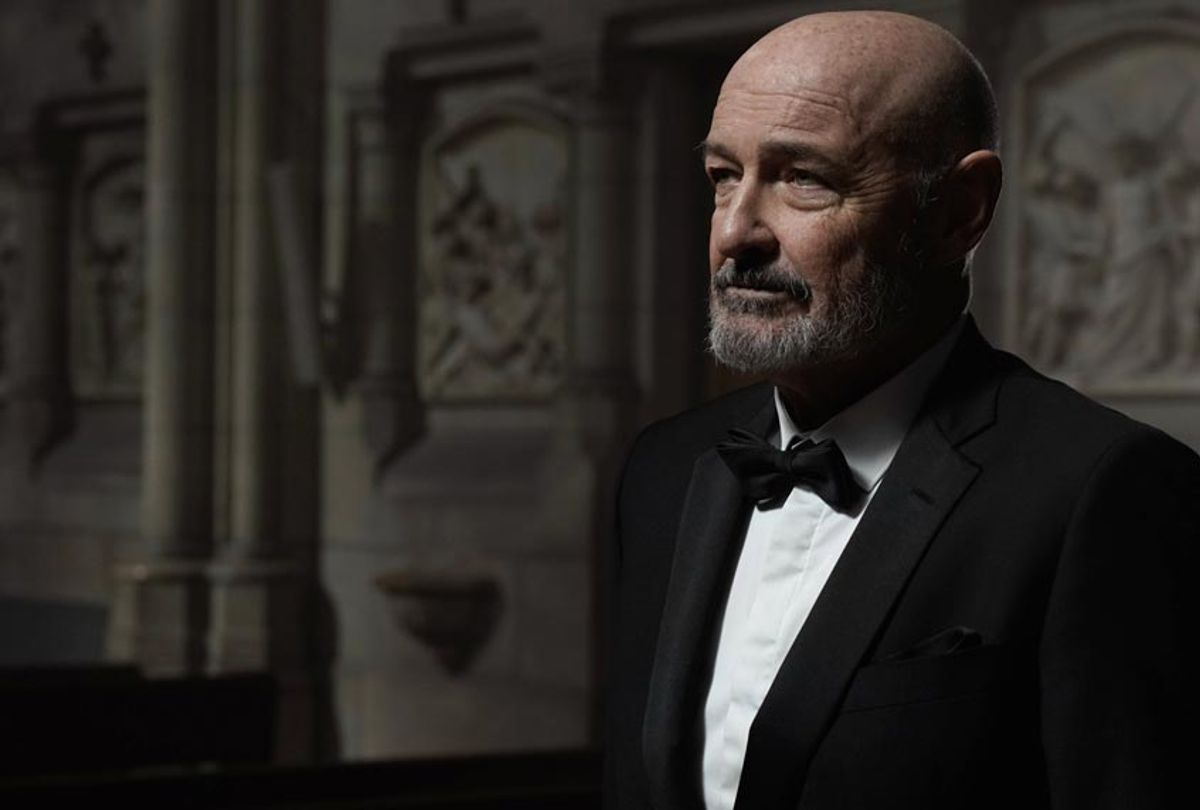 Terry O'Quinn doesn't care if you spend a whole rainy weekend devouring his addictive Amazon series "Patriot." He just does't think you should call it a binge watch. "I just hesitate to apply that particular word to it," the Emmy winning former star of "Lost" says, "because that seems kind of obsessive. This show just hooks you gently. Rather than drag you in, you just swim along behind it and just keep on watching."

Now in its second season, "Patriot" is a melancholy, suspenseful and slyly witty drama about an American operative overseas (Michael Dorman), his congressman brother, and their handler — who also happens to be their father (O'Quinn). It's unlike anything else on television, which makes it both fascinating and difficult to explain. Even O'Quinn struggles when people ask him about the show. "I am at a loss for words," he says. "I just start telling them the story. I have no snap phrase for it. It's very dark, but that's masked by the fact that it's very funny."

When pressed, O'Quinn describes the premise as, "I send my operative son, John, on a simple mission to deliver money to try and influence an election in Iran, but the money goes to the wrong person because he got bad instructions from the agency. The rest of season one and season two is the pursuit of this lost money and the tribulations that befall him because of the ineptitude of this agency that sent him on this job. People keep showing up that are getting in the way, and bad things keep happening to him."

Of his character Tom, O'Quinn says, "I'm committed to the task because that's my job. I'm doing those things for the government that aren't supposed to be done. They tell me, 'We don't want you to do this,' and I understand that to mean, 'Do this but don't tell us about it.' So I get my son to do it, because he's also a very committed person. He can't leap tall buildings like a super spy, but he can fall from tall buildings and get up."

And if it feels like a timely moment for a show that often feels like a Cold War era throwback — an examination of America's often misconstrued image of its place in the world — O'Quinn would likely agree.

"I'm still not sure exactly what 'patriot' means in terms of the title of the show," he says. "I'm not convinced, because I'm something of a skeptic and a cynic, that my character's completely motivated by patriotism as opposed by mission accomplishment. We have this task. This is what I do, and my son is the same way, driven to accomplish a task. I think the politics have to be aside from it. You'll talk to a lot of military personnel and they'll say the same thing — 'I can't really think about politics.'"

But though his character has a laser focus on his directives, he's also a softhearted dad. There are moments in the show where O'Quinn's blue eyes go watery, and it's all you need that there's more to the man than meets the eye. O'Quinn says, "I think when you get to a certain age, older people become more emotional than younger people. Also, it's a muscle that you've learned so well that oftentimes when I'm working, I have to go, I have to not let myself be emotional because it's too easy. I mean, I'm at home and I'm watching a Doritos commercial with a dog in it, and it's, 'This is just so touching. That dog.' I have to watch out because that kind of stuff just sneaks up on me."

Unsurprisingly, O'Quinn credits "Patriot" creator — as well as frequent writer and director — Steve Conrad for the show's unique tone. Conrad also wrote the original songs that play a significant role in story exposition. O'Quinn, a talented singer and guitar player in his own right, even gets to perform a bit.

"I've never seen anything like it," says O'Quinn. "it's all this sort of lilting, weird music, and it makes you laugh because the lyrics are telling you the story. It snuck up on me, like so many elements of this show. Then there are a couple elements in songs that still get me. It's gorgeous."

He recalls a particularly memorable Steadicam moment from the new season where Michael Dorman "starts out singing a song that Steve wrote, about what he's going through and what his thoughts are. The whole time, he walks. It starts on a subway train, comes out on the platform, up three sets of stairs, onto the street. It goes to a little shop where a crime takes place that involves four other characters. He and his three friends leave the shop, walk back down to the subway, down the stairs, and get back on the train. That's a six minute scene, basically, while he's singing. It's an amazing piece of music and song, but it's unbelievable Steadicam shot. I mean, people don't do that."

He adds, still amazed, "And they never cut. Cinematically, it's a stunning show. I know anyone in the business, especially anyone who works behind the camera, will be able to look at this show and go, 'Wow.'"

A new element this season is the addition of Debra Winger as O'Quinn's steely ex-wife. The two last worked together in 1987's "Black Widow."

"I hadn't seen her in 30 years," he says. "It's amazing how you cross paths with people. You work intimately, and then you never see them again the rest of your life, or even speak."

Yet he remained a fan. "I think she's terrific. I know Steve wanted to do three three seasons of this. Hopefully Amazon will be motivated to do one more season, and that Debra gets to carry a little more of the weight, because she's terrific."

If O'Quinn sounds like a man who appreciates what he's got, it's because he does. "Among Steve's obvious and many gifts is creating an atmosphere that's a very happy workplace," O'Quinn says. "Not happy, happy, joy, but very professional. He's very specific what he wants. When he writes it, he wants things to be delivered a certain way. He's so specific, in fact, that you at first you're intimidated as an actor, like, 'Well, what do I get to bring to the table?' But you get to bring everything. It's just all very subtle. He wants all your creativity, but it has to be within these parameters, which in a way is freeing. Because you don't have to bring your whole bushel basket full of stuff, just bring this thing."

And as no stranger to ambitious, risk-taking shows, O'Quinn says, "I know 'Lost' used to drive people mad trying to anticipate what was happening or what something meant."

In contrast, he says, "In ["Patriot"], it's just like, 'Oh wow, that's cool.' It's just one more thing falling into place. I think that's beautiful about it. It makes you be more patient to have that confidence, because it takes its time. If ['Patriot'] wants to see two people talking together, and if that moment is worth stopping and looking at and watching, then you stop and watch it. It's not that sort of rush, rush, rush kind of thing. You go to a restaurant, you want good food — it's going to take a minute to cook. It's not fast food, but it's good food."

Though you'd think an actor with as many credits as O'Quinn could have his pick of roles, he says that's not quite the case. "It's not like people are banging down my door. I don't live in L.A. or in New York. I live in Virginia by the ocean," he says. "That doesn't mean I don't want people to bang down my door, that's fine."

Especially when it's the people he wants on the other side of it. "Amazon couldn't keep us under contract long enough to see if they were going to do a season three, so they had to let us go," he says. "But I would make every effort and pull strings and check my bank account to say, 'I can just hold out until they start shooting 'Patriot' again, because that's what I want to do.'"

The man who lives by ocean sounds he'd be content to chase stray briefcases around Europe. "If I could work with these people on something like this for another decade," he says, "I would just stop, put my feet up and watch the sun go down, and be quite happy."