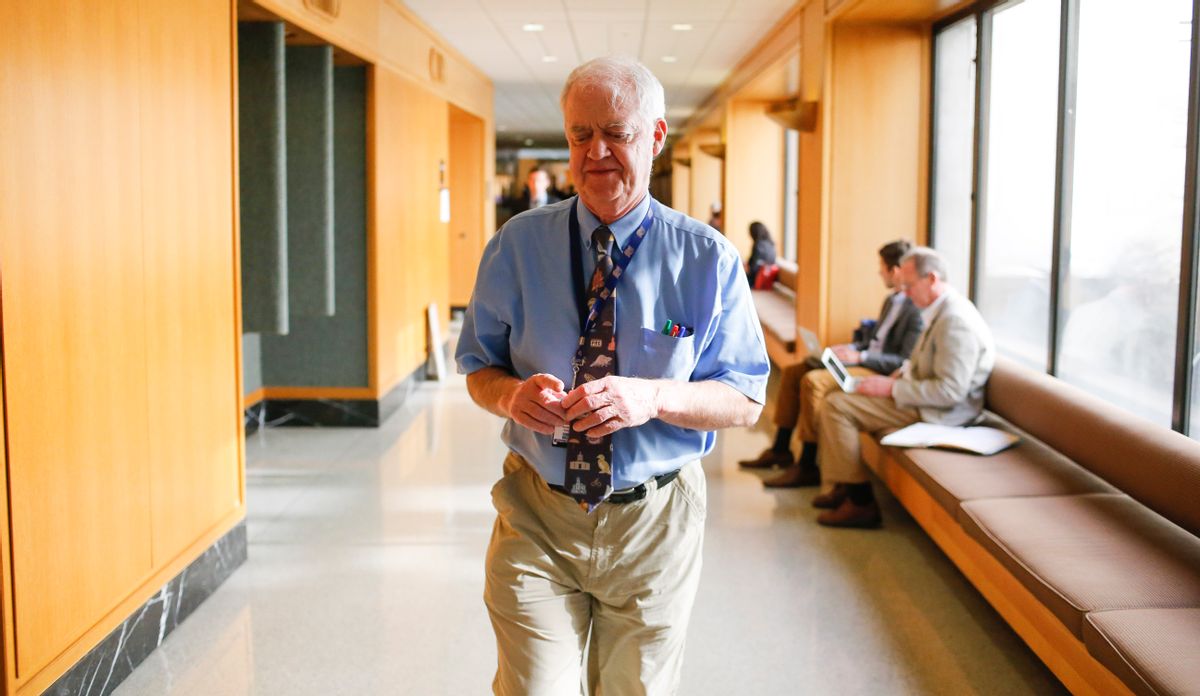 Oregon Democrats agreed not to hold a vote on a climate bill after Republican state senators fled the state to deny the Democratic supermajority a quorum.

"What I'm about to say I say of my own free will. No one has told me to say this," Democratic Senate President Peter Courtney said Tuesday. "HB 2020 does not have the votes on the Senate floor. That will not change."

Courtney said the chamber had to vote on other pieces of legislation and budget bills before the June 30 deadline to end the current session.

"This is a remarkable opportunity to finish our work," he said. "Please, senators, come to this floor."

Senate Republicans fled the state en masse last week to block a vote on a bill aimed at capping carbon emissions. The move denied Senate Democrats a quorum, which is required to vote on the bill.

Eleven Senate Republicans fled the state after the state House approved the bill. Democratic Gov. Kate Brown authorized state police to track down the lawmakers and bring them back but Republicans remained defiant.

“Send bachelors and come heavily armed,” he said. “I’m not going to be a political prisoner.”

The Oregon militia group called III% (the Three Percenters) vowed to provide the Republicans with “security, transportation and refuge” and have promised to do “whatever it takes to keep these Senators safe.”

The Oregon Capitol building was shut down over the weekend over a “possible militia threat.”

The state Republican Party bragged on Twitter that a “heavily armed militia lays siege to Oregon’s Capitol as Senate Democrats cower in fear,” though they used the wrong photo.

The GOP's confrontational tactics appear to have worked. Courtney pleaded for Republicans to return to vote on the remaining Senate agenda ahead of this weekend’s deadline to end the sessions. Courtney said the Senate needed a quorum to vote on legislation “dealing with public safety, dealing with education, dealing with every facet of our lives. Family, children, and youth especially. I don’t know about you, but I can’t stand children suffering.”

But Republicans still have not returned, and suggested that Democrats may be trying to set them up.

“The question becomes: What are they trying to do?” Bentz told Oregon public broadcaster OPB. “Are they trying to make some sort of arrangement? If they are suggesting they don’t have the votes, what’s the procedure they’re going to use to kill the bill? Are they going to call it up for a vote?”

“We need clarification. What does that mean?” Knopp told the outlet. “Does it mean it’s dead until the 2020 session? Is the governor going to take it up in a special session?”

Though Senate Democrats may be trying to move past the standoff, Democratic House Speaker Tina Kotek said she is not willing to give up on the climate bill.

“This has been a dark week for the integrity of the Legislature,” she tweeted. “Senate Rs have been threatening our democratic institution and subverting the will of Oregon voters who know we need to act now. Their walkout has come at immense cost to our institution and potentially the planet.”