“You have a lot of ambitious plans,” Chuck Todd asked Warren. “Do you have a plan to deal with Mitch McConnell? 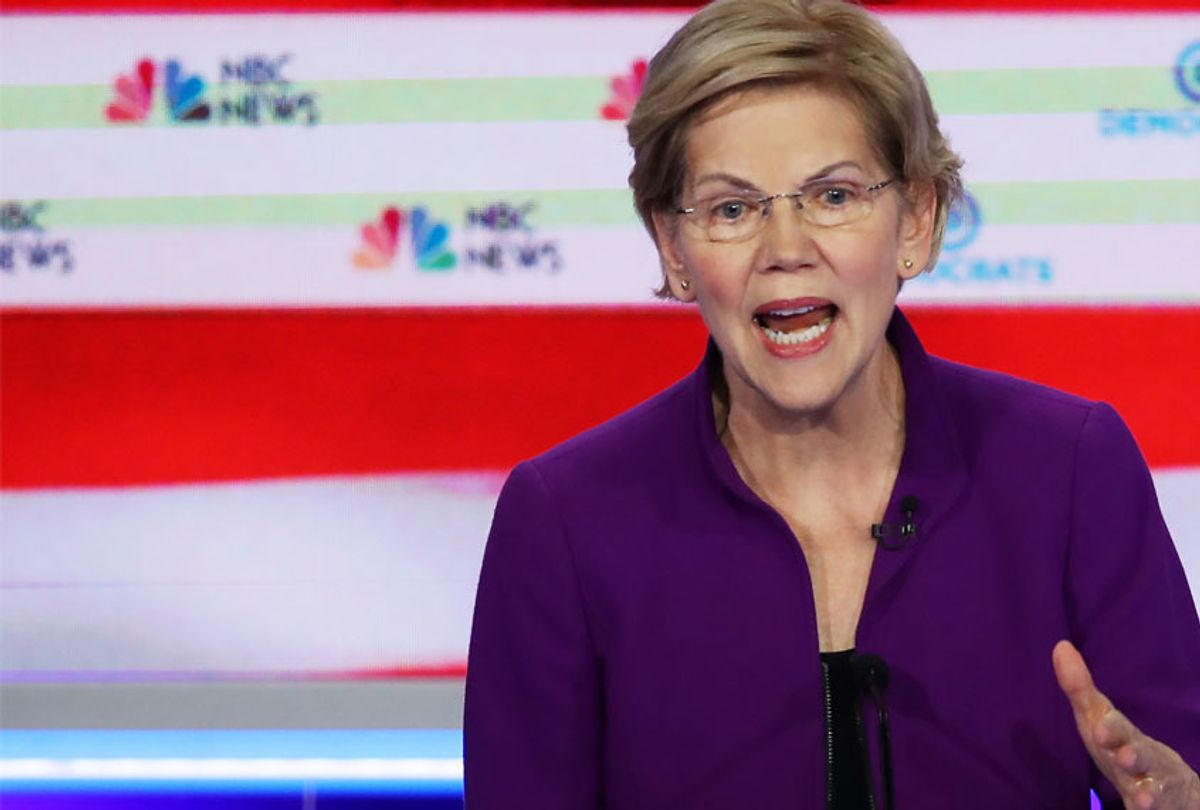 Sen. Elizebeth Warren (D-MA) revealed at Wednesday’s Democratic presidential debate that she has a plan to “deal with” obstruction from Senate Majority Leader Mitch McConnell (R-KY) if she becomes president.

At the first Democratic debate of the 2020 election cycle, host Chuck Todd asked Warren about what he called “the Mitch McConnell thing.”

“You have a lot of ambitious plans,” Todd said. “Do you have a plan to deal with Mitch McConnell? If you don’t beat him in the Senate and he is still the Senate majority leader, it’s plausible you can be president with a Republican Senate.”

“Do you have a plan to deal with Mitch McConnell?” Todd asked.

“I do,” Warren said, pausing to allow applause to subside. “Here’s how I see this happening. Sure, I want to see us get a Democratic majority in the Senate.”

“But short of a Democratic majority, you better understand the fight still goes,” she added. “It starts in the White House and it means that everyone we energize in 2020 stays on the front lines come January 2021. We have to push from the outside and have leadership from the inside and make this Congress reflect the will of the people.”