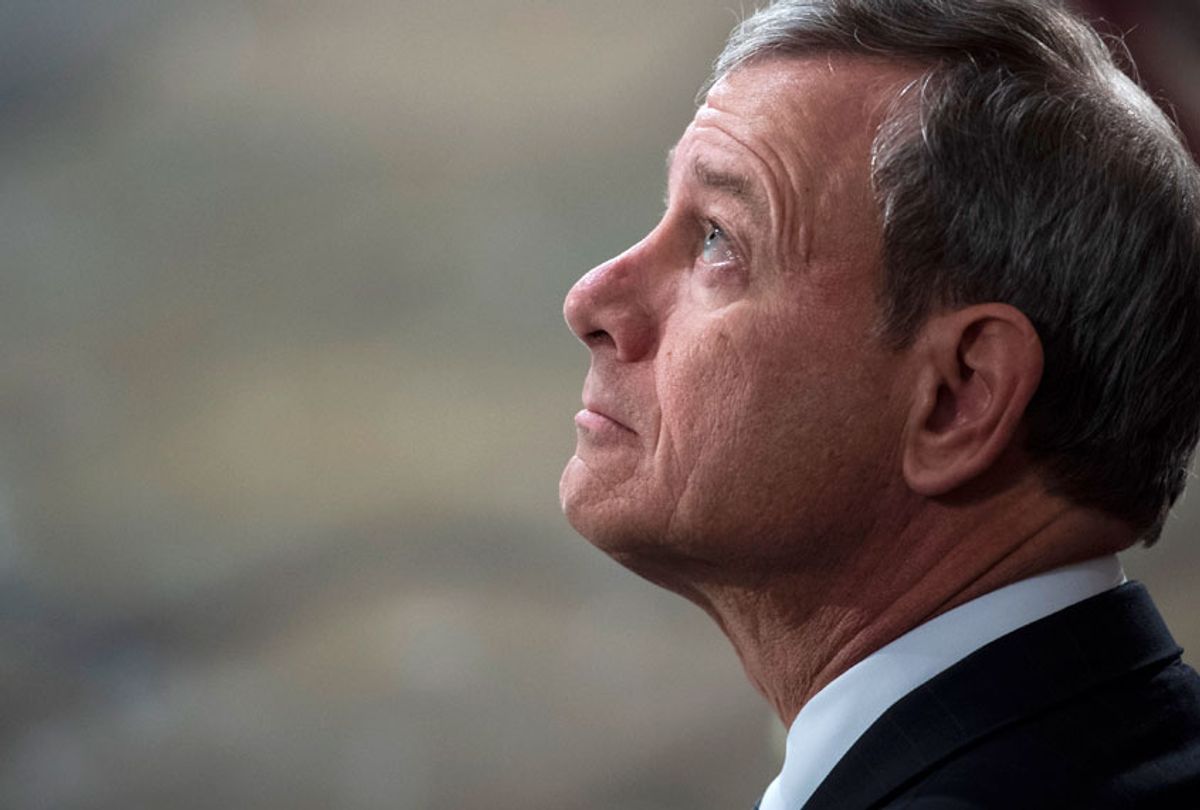 The ruling said that the evidence showed that Commerce Secretary Wilbur Ross “was determined to reinstate a citizenship question from the time he entered office." The administration claimed that adding the question to the census was necessary to enforce the Voting Rights Act, but the high court found that Ross “adopted the Voting Rights Act rationale later in the process” and made his decision “for reasons unknown but unrelated to the VRA.”

In fact, even the Census Bureau estimated that adding the question would result in millions of Latino immigrants and other non-citizens being undercounted. A longtime Republican operative suggested that the administration cite the Voting Rights Act as a justification for adding the question, despite himself concluding that gerrymandered maps based only on the number of citizens (rather than the entire population) would “would clearly be a disadvantage to the Democrats” and “would be advantageous to Republicans and non-Hispanic whites.”

Roberts wrote that the administration’s justification was less than convincing.

"We cannot ignore the disconnect between the decision made and the explanation given. … If judicial review is to be more than an empty ritual, it must demand something better than the explanation offered,” Roberts wrote. "The sole stated reason — seems to have been contrived. We are presented, in other words, with an explanation for agency action that is incongruent with what the record reveals about the agency's priorities and decisionmaking process."

The decision effectively sends the case back to the lower courts. The Trump administration could still try to add the citizenship question, but it previously told the court that census forms must be printed by next week, leaving the administration with little time to come up with a new justification.

The administration may also have a difficult time pursuing a favorable court ruling after a  federal judge ruled this week that the case should be reopened, based on documents suggesting that the plot was intended to help Republicans and hurt Democrats and non-white Hispanics.

Hofeller, a longtime Republican gerrymandering guru, conducted a study that found that adding a citizenship question would help Republicans but urged the Justice Department to claim that it was necessary to increasing Hispanic voter turnout and enforcing the Voting Rights Act. Parts of Hofeller’s justification were then used verbatim in the administration’s defense of the plan.

“The evidence suggests that Dr. Hofeller was motivated to recommend the addition of a citizenship question to the 2020 Census to advantage Republicans by diminishing Hispanics’ political power," Judge Hazel wrote. "Taken together with existing evidence, it appears that Dr. Hofeller was involved in the creation of the pretextual [Voting Rights Act] rationale and worked with [Mark] Neuman,  Secretary Ross’s 'trusted advisor,' to drive the addition of a citizenship question."

“Trump lied about his motivations, and five justices called him on it,” Democratic presidential hopeful Bernie Sanders tweeted. “His proposal to add a citizenship question to the census was nothing but a racist attempt to disenfranchise communities of color.”