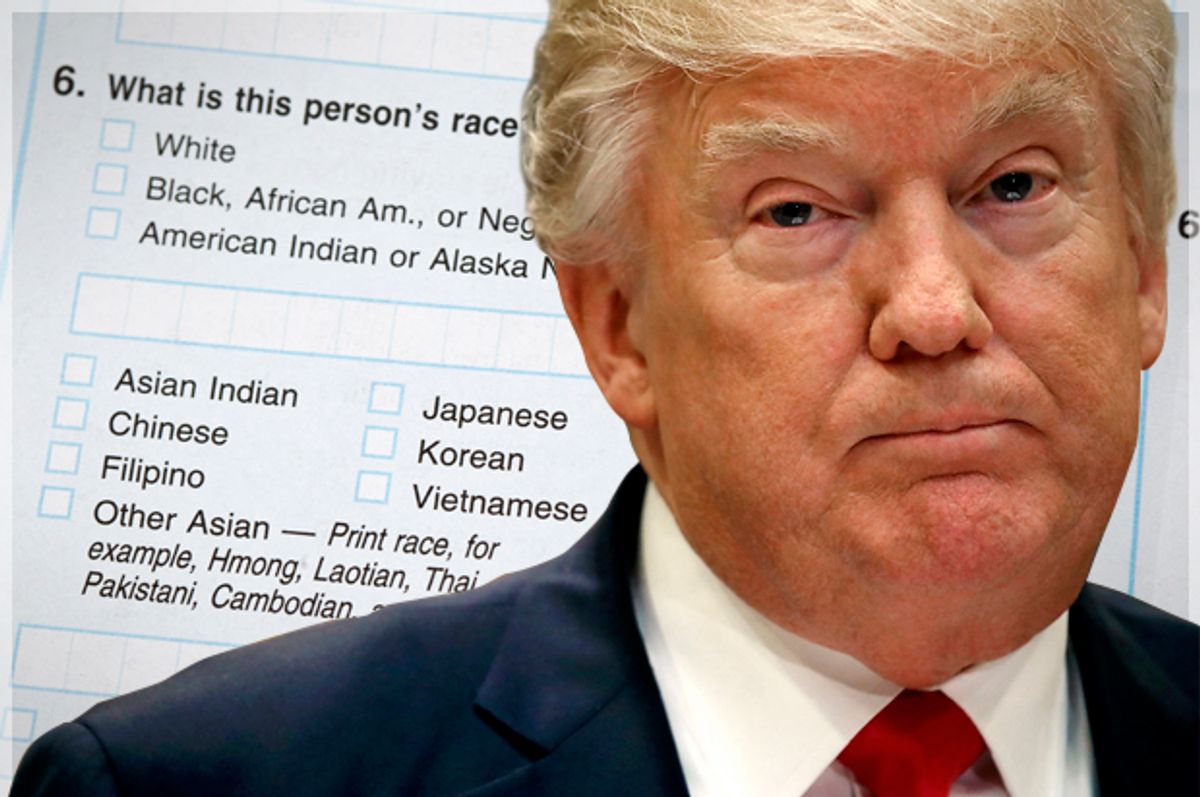 Documents found on a dead Republican operative’s hard drive revealed that the GOP’s longtime “gerrymandering king” was behind the Trump administration’s decision to add a citizenship question to the census to help Republicans and “non-Hispanic whites.”

After Hofeller’s death, his estranged daughter discovered files on his hard drives revealing that he also played a completely unreported crucial role in the Trump administration’s decision to add a citizenship question to the 2020 census, The New York Times reported. She has since turned over the documents to Common Cause, one of the groups suing to block the question.

The files show that Hofeller authored an analysis detailing how adding a census citizenship question would help Republicans draw up even more extreme gerrymandered maps. He later repeatedly pushed the Trump administration to justify adding the question by dubiously arguing that it was necessary to enforcing the 1965 Voting Rights Act.

The files revealed that Hofeller was hired in 2015 by the  Washington Free Beacon, a conservative news outlet owned by billionaire Republican donor Paul Singer, to study how to implement political maps that only looked at U.S. citizens of voting age, rather than a state’s total population.

Hofeller analyzed Texas state legislative maps and determined that maps based only on the number of U.S. citizens “would clearly be a disadvantage to the Democrats” and “would be advantageous to Republicans and non-Hispanic whites,” according to court filings.

Hofeller wrote that implementing these maps without adding a citizenship question to the 2020 census would be “functionally unworkable.”

Neuman, a longtime friend of Hofeller who later became an informal adviser on census issues to Commerce Secretary Wilbur Ross, testified that Hofeller told him that using the question was necessary to enforce the 1965 Voting Rights Act and increase Hispanic political representation, even though he had argued exactly the opposite in his study just months earlier. The Census Bureau itself concluded that adding a citizenship question would likely lead to a 5.1 percent decrease in response rates from noncitizen households.

Files found on Hofeller’s computer also show that he was behind the Trump administration’s claims in court that the question was necessary to enforcing the Voting Rights Act. One paragraph that Hofeller wrote later appeared word for word in a draft letter from the Justice Department to the Census Bureau calling on the agency to add the question.

Groups seeking to block the question argued in court filings that the final Justice Department memo to the Census Bureau uses the same arguments in the same order as Hofeller’s study, alleging that Neuman “falsely testified” about the Justice Department’s actions on the citizenship question.

The citizenship question has already been blocked by multiple federal judges but is now before the Supreme Court, which is expected to issue a ruling in June. The Supreme Court’s conservatives appeared likely to allow the question to move forward when they heard arguments last month. It’s unclear whether the conservative majority on the court will be swayed by the new revelations that the Trump administration’s justification for the question was based on a lie and the question itself was a ploy to help Republicans cement electoral majorities.

“Should a majority of the Supreme Court rule in Trump’s favor, in other words, they will do so despite abundant evidence that the Trump administration knew, explicitly, that it was engaged in an underhanded campaign to rig future elections for white Republicans,” Ian Millhiser wrote at ThinkProgress. “And they will do so despite the administration’s disregard for laws governing how new policy decisions must be made.”