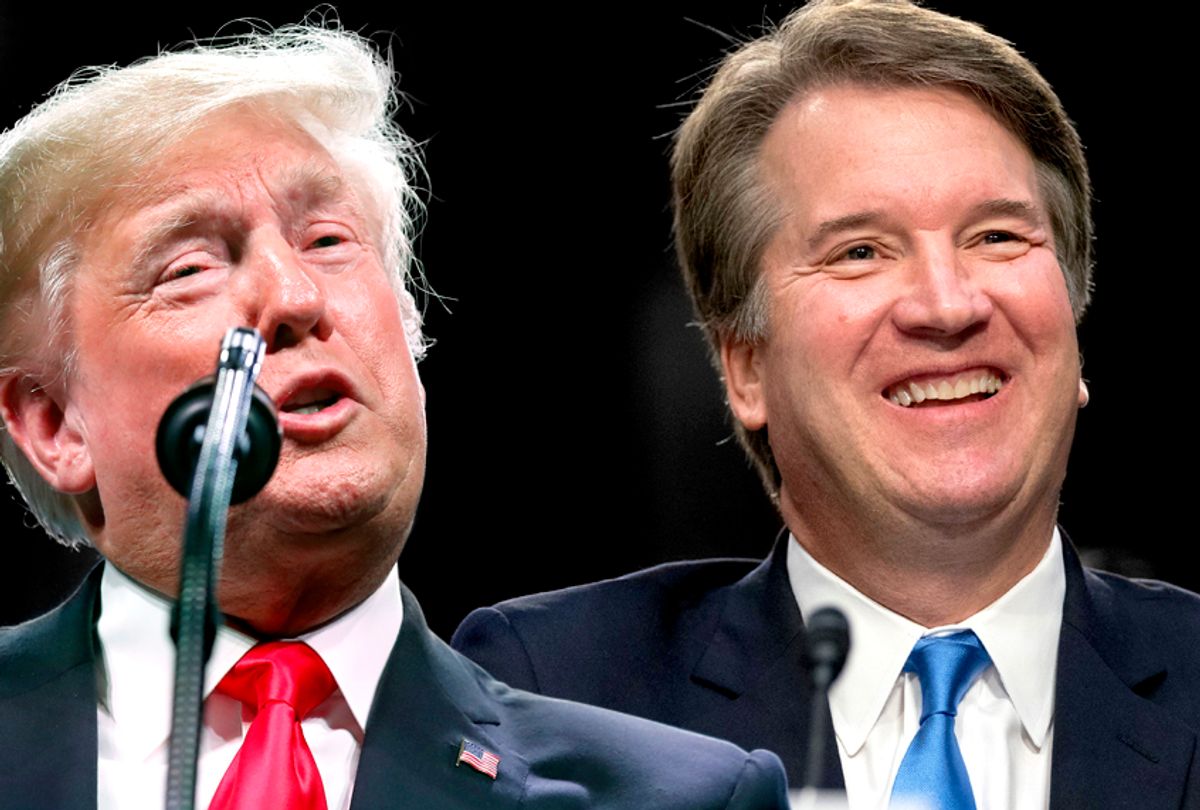 President Donald Trump issued a celebratory tweet after the conservative justices on the Supreme Court appeared poised to approve his administration’s attempt to add a citizenship question to next year’s census.

“The American people deserve to know who is in this Country,” he tweeted, though Census Bureau scientists say the question is expected to deter more than 6 million people from responding to the census. “Yesterday, the Supreme Court took up the Census Citizenship question, a really big deal. MAKE AMERICA GREAT AGAIN!”

The statement broke with the Justice Department’s defense of the move. The DOJ had argued that the question was necessary to better protect voting rights during oral arguments on Tuesday. The question, which critics say would further reduce the already low Hispanic participation rate, has been blocked by three courts.

The conservative majority on the Supreme Court appeared poised to approve the question, Bloomberg News reported, after the DOJ appealed a judge’s ruling halting the move. In January, US District Judge Jesse Furman ruled that Commerce Secretary Wilbur Ross committed a “veritable smorgasbord” of federal violations in approving the question. Furman wrote that the question could cost California, Texas, Arizona, Florida, New York, and Illinois at least one House seat apiece.

The Trump administration argued in court that there was not enough evidence that the question would decrease the response rate to block the question.

"There’s no evidence in this record that the secretary would have asked this question had the Department of Justice not requested it," Solicitor General Noel Francisco argued in court.

Liberal justices on the court rejected that claim, pointing out that Ross personally solicited the letter from then-Attorney General Jeff Sessions after failing to get a similar request from the Department of Homeland Security.

"It really did seem like the secretary was shopping for a need," Justice Elena Kagan said. "You can’t read this record without sensing that this need is a contrived one."

Liberal justices also rejected the administration’s claim that there was not enough evidence to show that the question would depress participation.

"There’s no doubt that people will respond less," Justice Sonia Sotomayor said. "That’s been proven in study after study."

Roberts told one of the lawyers arguing against the question that citizenship information would help enforce the law.

Justice Samuel Alito argued that even if the question depresses participation is could give the Census Bureau answers from 22 million people for whom it lacks any citizenship information. The Census Bureau previously sent out a separate questionnaire that included a question about citizenship, though it did not include such a question in 2010.

Justice Brett Kavanaugh said the question was common in countries around the world and argued that the census statute "gives huge discretion to the secretary how to fill out the form, what to put on the form." Francisco similarly argued that the Supreme Court should not interfere in Ross’s decision.

“Suppose the Secretary puts in a question about sexual orientation. Suppose he puts a question in about arrest record,” Breyer said. “Suppose he says, ‘I’m going to have the whole survey in French?’”

The court is expected to issue a decision on the question in late June.